2017 has been a busy year in the hobby with a lot of releases and other happenings. With the year coming to a close, it’s time to reflect and for you to pick your highlights. Got a favorite set of sports cards or trading cards from 2017? Let your voice be heard for the 2017 Trading Card Awards and vote now. 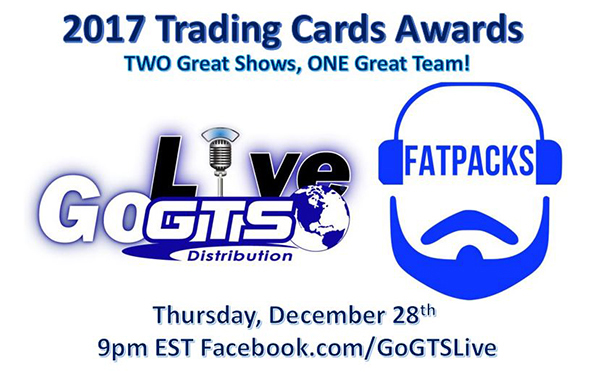 Take the poll below, which is broken down into several sports and categories. You can also access the ballot directly.

Results will be announced on December 28 at 9PM EST/6 PM PST on a special broadcast of GoGTSLive featuring Beckett Media’s Eric Norton and Paul Wirth — The Fatpacks.

Voting closes on December 24. That means you’ve got plenty of time to give it some thought. But with the holiday season upon us, that time’s going to fly by fast.

Create your own user feedback survey