It turned out to be a big year for rookies in baseball. And that becomes apparent when you look down the 2019 Topps All-Star Rookie Team.

To no surprise, Pete Alonso of the New York Mets headlines the squad of MLB freshmen. But that’s what happens when you hit 53 home runs and break the rookie record. 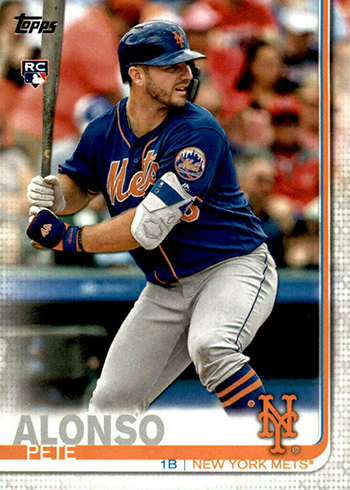 With Alonso at first base, other infielders include Vladimir Guerrero Jr. (3B), Keston Hiura (2B), Fernando Tatis Jr. (SS) and Will Smith (C).

All 12 players will have the Rookie Cup included on their 2020 Topps Baseball cards. But that’s not the only place the Rookie Cup will appear alongside these players. They all have Topps Now cards commemorating their accomplishment. Base versions and autographs will roll out over the next several days. 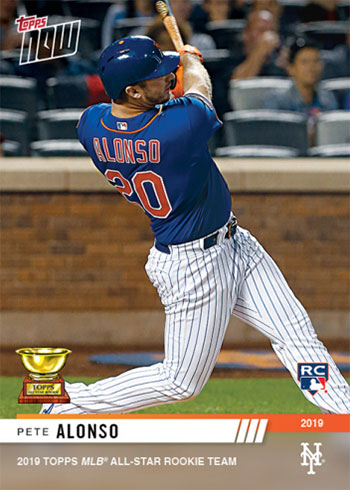