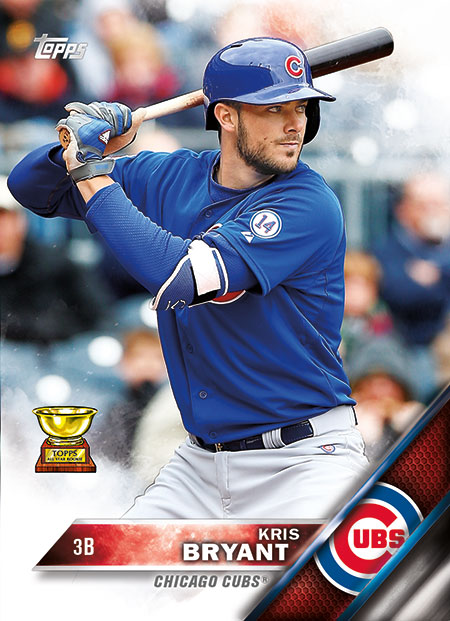 Fresh off their Rookie of the Year honors, Kris Bryant and Carlos Correa are among the players named to the 2015 Topps All-Star Rookie Team.

With such a strong year for rookies, there are several other notable names on the roster as well.

Bryant is joined by two of his teammates, Kyle Schwarber and Addison Russell. The Mets and Marlins are the only other teams with multiple representatives.

Since 1960, the Topps All-Star Rookie Team has noted top first-year players at every position. Each player will get a Rookie Cup on their 2016 Topps Baseball card.

2015 marks just the second time that a designated hitter has been included. This time it’s Miguel Sano. Eddie Murray was the last back in 1977.

Because there is just one player per person, it can sometimes lead to some notable omissions. This year, Francisco Lindor is the clearest. However, it’s tough to argue against Correa’s accomplishments at shortstop.

Here’s a look at all the players getting the Rookie Cup next year.