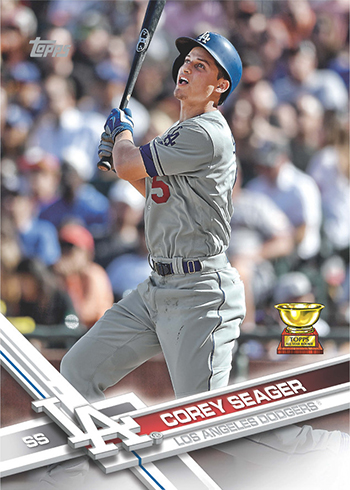 The 2016 Topps All-Star Rookie Team has been named. That means we know who is going to have the Rookie Cup on their cards in 2017.

The Los Angeles Dodgers are the only team to have multiple players on the list and they have three: Seager, Julio Urias and Kenta Maeda. Because the Topps All-Star Rookie Team covers all of MLB, those making the picks took Maeda for right-handed pitcher.

For Bregman, his Rookie Cup cards will coincide with his actual Rookie Cards. He was held back from appearing in base sets after making his debut in late July.

Topps has made a set of cards featuring the entire roster through Topps Now. The online-exclusive set is available for one week. The cost is $39.99.