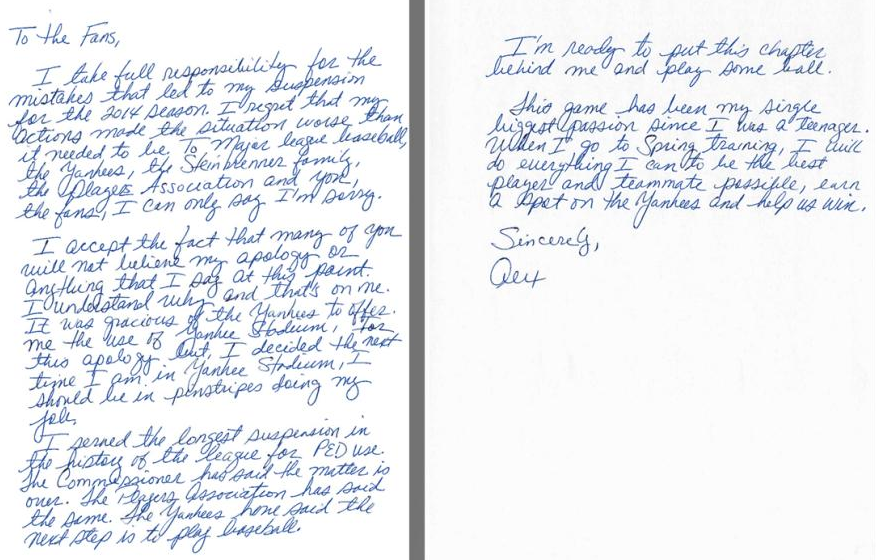 Alex Rodriguez has signed plenty of autographs during his 20-year career in Major League Baseball but the one he penned on Tuesday might be the most important one of all for some fans.

On Tuesday, the New York Yankees slugger released a hand-written letter apologizing for his actions of the last few years with the Biogenesis case, his suspension and the public rancor he has caused with his team.

“I served the longest suspension in the history of the league for PED use,” Rodriguez wrote. “The Commissioner has said the matter is over. The Players Association has said the same. The Yankees have said the next step is to play baseball.

“I’m ready to put this chapter behind me and play some ball.”

Does it matter to collectors? Do we want his baseball cards? Would you want that autograph?

The diminishing values of his key Rookie Cards tell us one thing. Tell us what you think in the comments below.

Chris Olds is the editor of Beckett Baseball and Beckett Sports Card Monthly magazines. Have a comment, question or idea? Send an email to him at colds@beckett.com. Follow him on Twitter by clicking here.
—