For a single day, over 30 of hockey’s brightest young prospects returned to the site of some of the game’s greatest moments as the 2014 NHLPA Rookie Showcase took place at the site of the former Maple Leaf Gardens in Toronto on Saturday.

“It’s been fantastic,” said Chris Carlin, Senior Marketing & Social Media Manager for Upper Deck. “It’s been a great weekend all around. This group has been tremendous to work with. When you see that type of good natured spirit in an athlete, it makes you want to collect. I think as fans start to interact with them at arenas and shows, they’re going to have and great experience and it’s a great rookie crop to collect.”

The event began on a more private scale on Friday and the prospects had a perfect opportunity to get acquainted with one another. Some of the participants may have previously played together at the junior or international level, so this event gave them a perfect opportunity to catch up after a summer filled with training and preparation for the 2014-15 season. Naturally, the group signed for upcoming Upper Deck releases throughout the day and were able to get some sage advice from a recently retired player as well.

“Martin Biron was at the Hockey Hall of Fame and talked to them about the importance of taking pride in your signature and that all these things they do are ultimately for the fans,” said Carlin. “I think they’re getting a deeper appreciation for the fact that it’s important to sign your autograph with care and class and that it’s important to sign in a timely fashion and to be great to fans.”

With several members of the media in attendance on Saturday, many of the players were brought out to answer questions for a short period. Soon after they were whisked off to participate in the photo shoot portion of the day.

After the players split into two main groups, half of them hit the ice in the morning and photographers were incredibly busy having them pose for shots that are likely to appear on their rookie cards. However, there was an element of fun to go along with that as they were able to show off their skills against goaltending prospects Laurent Brossoit of the Edmonton Oilers and Andrei Vasilevskii of the Tampa Bay Lightning.

Upper Deck took the fun to another level as well by having the prospects attempt figure skating moves and the results will shown online by the company in the near future.

“Every year we try to do something a little different in terms of video to introduce players to collectors,” said Carlin. “This year, we wanted to do something fun showing a figure skater teach some of the NHL players to move and see how they would perform in that arena. Some were excellent and very graceful and some were not so much.”

Some of the players in attendance had already made their NHL debuts, but they still qualify as freshmen for the 2014-15 campaign. Toronto Maple Leafs prospect Greg McKegg hit the ice for the first time on February 1, 2014 against the Ottawa Senators and Upper Deck gave collectors his first NHL licensed trading card in their recently-released MVP product.

“Yeah, I saw it. It’s pretty cool. Actually, we were opening a few packs the other day and we got a couple. That was pretty exciting to me,” noted McKegg.

The Rookie Showcase ended with a shinny game and the prospects split themselves up into two sides and hit the ice with the intention of having fun. Detroit Red Wings hopeful Ryan Sproul showed some evidence of his determination and desire to lead and used some tape to create a makeshift “C” for his NHLPA sweater. While no official score was kept, the players showed a great deal of flash and skill on the ice. Their obvious love for the game shone through and even after the game was over, as Teuvo Teravainen, Alexander Khokhlachev, Vladislav Namestnikov and Evgeny Kuznetsov remained on the ice to keep practicing and kept the fun going by shooting the puck and challenging Vasilevskii.

Carlin, who has been a major force in helping the success be an event over the years, offered a final observation about the 2014 NHLPA Rookie Showcase.

“It has evolved. You look at where we are having it now in this beautiful center and things work out pretty well in terms of timing and how everything is put together. We’ve gotten a lot better with our flow and that makes it easy for players and they have a lot of fun at the same time.” 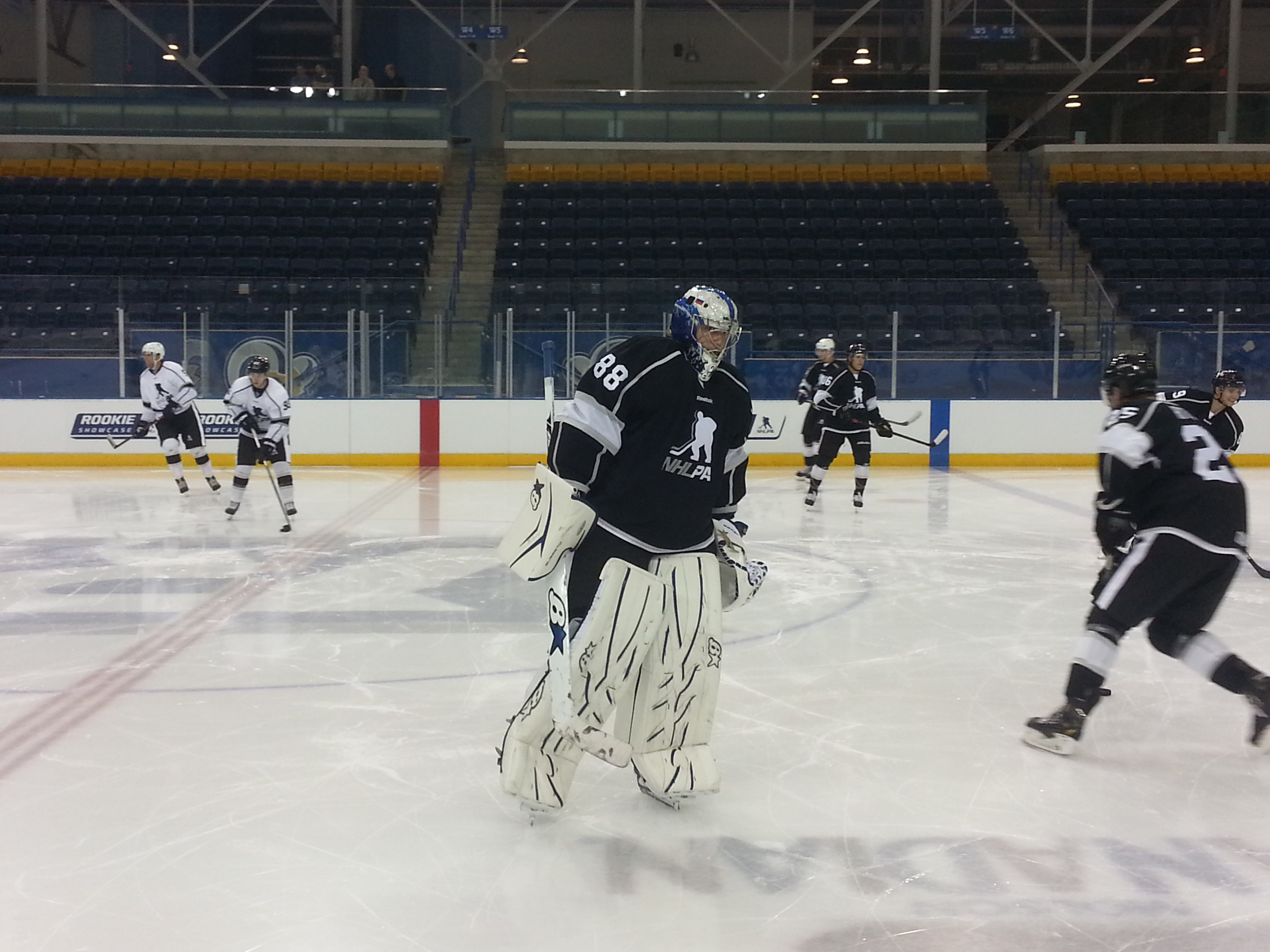 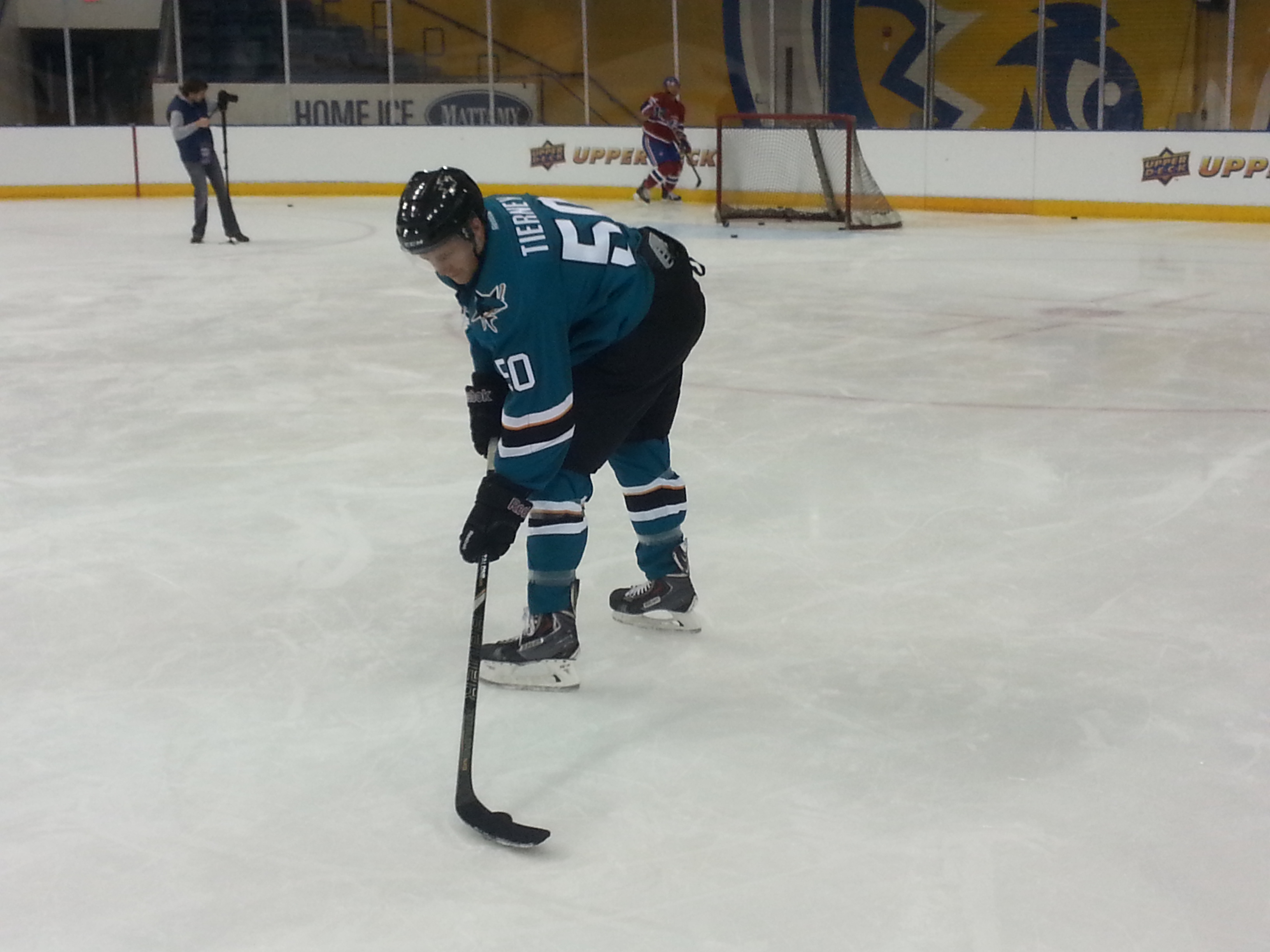 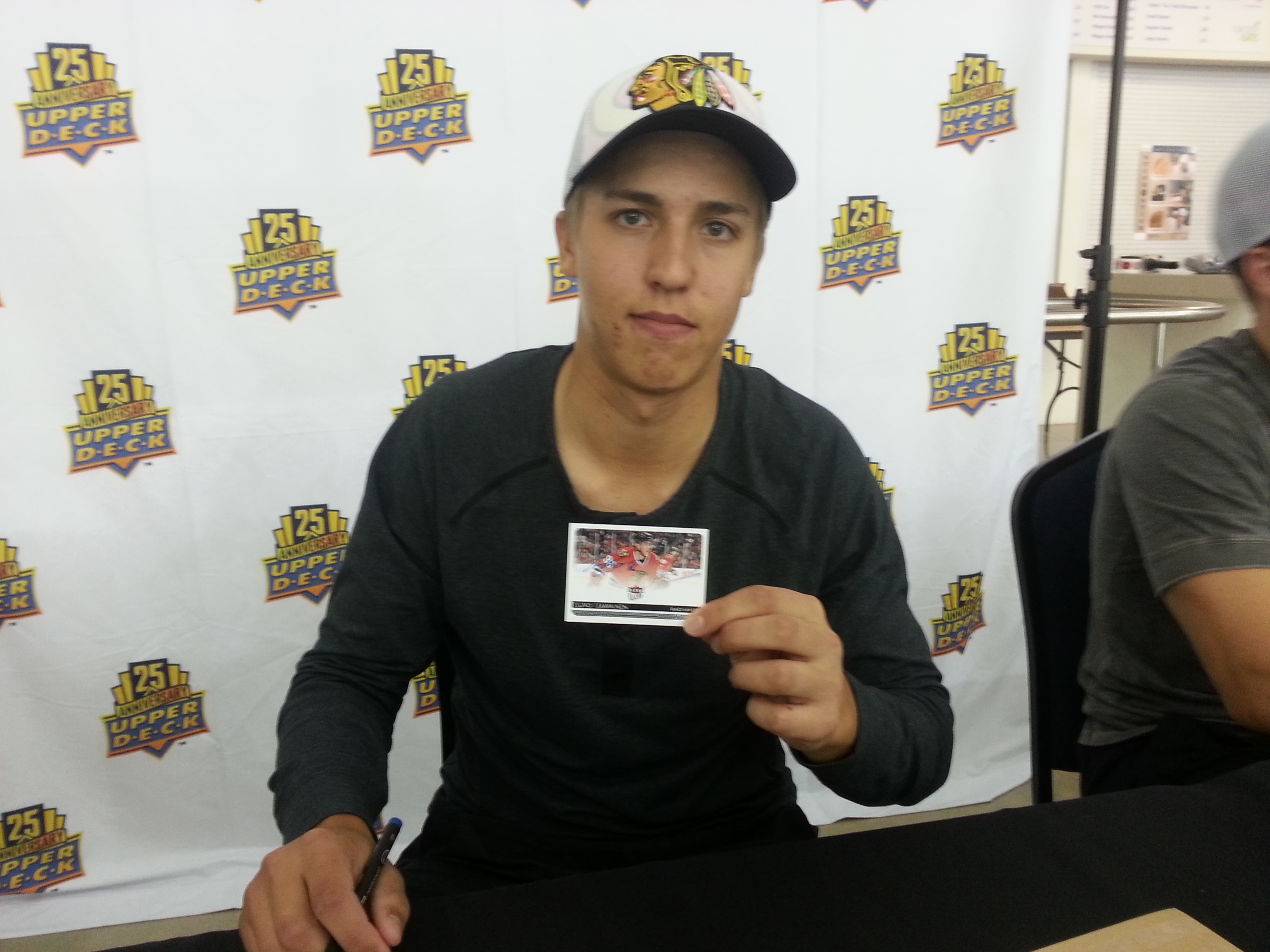 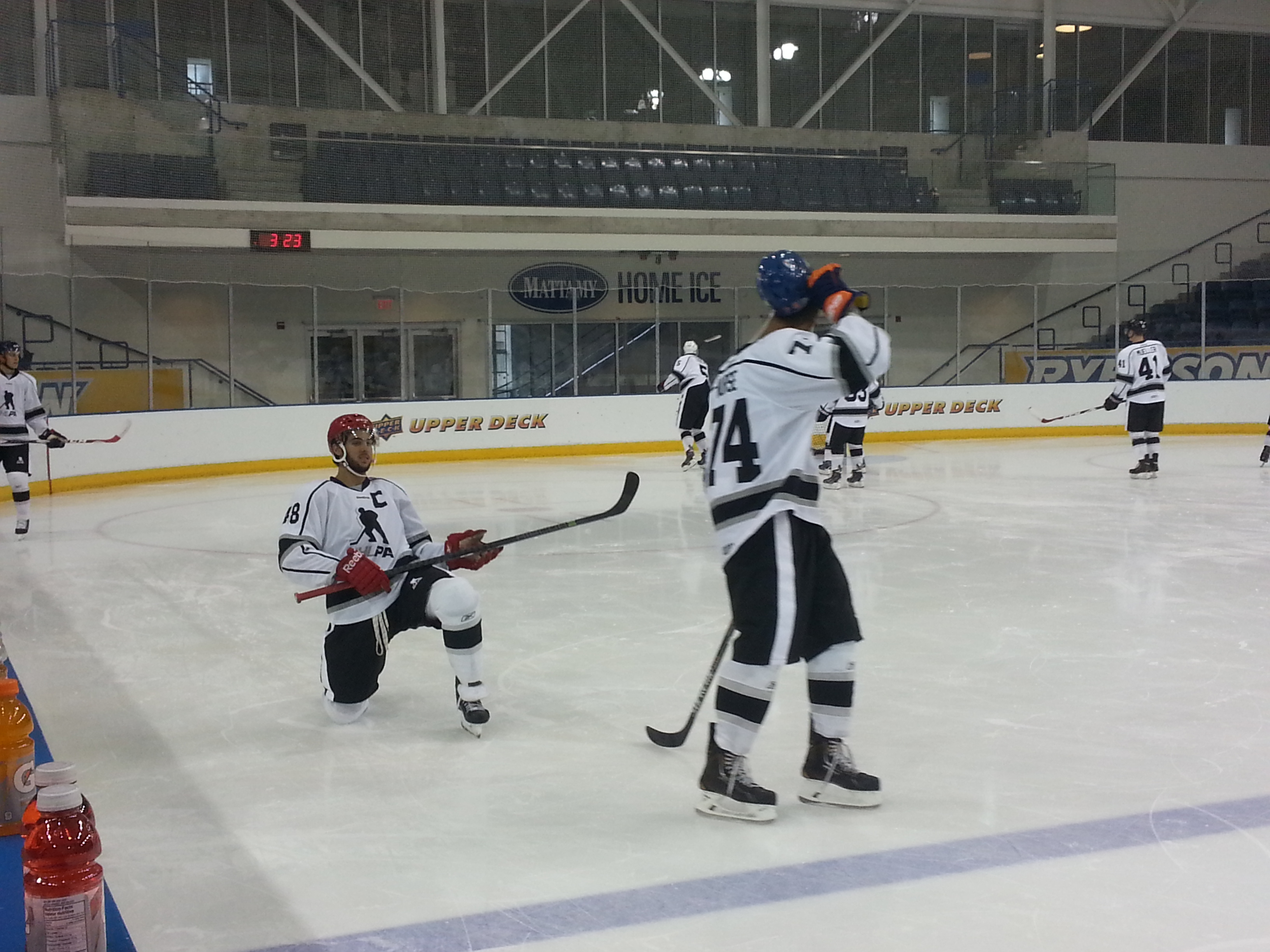 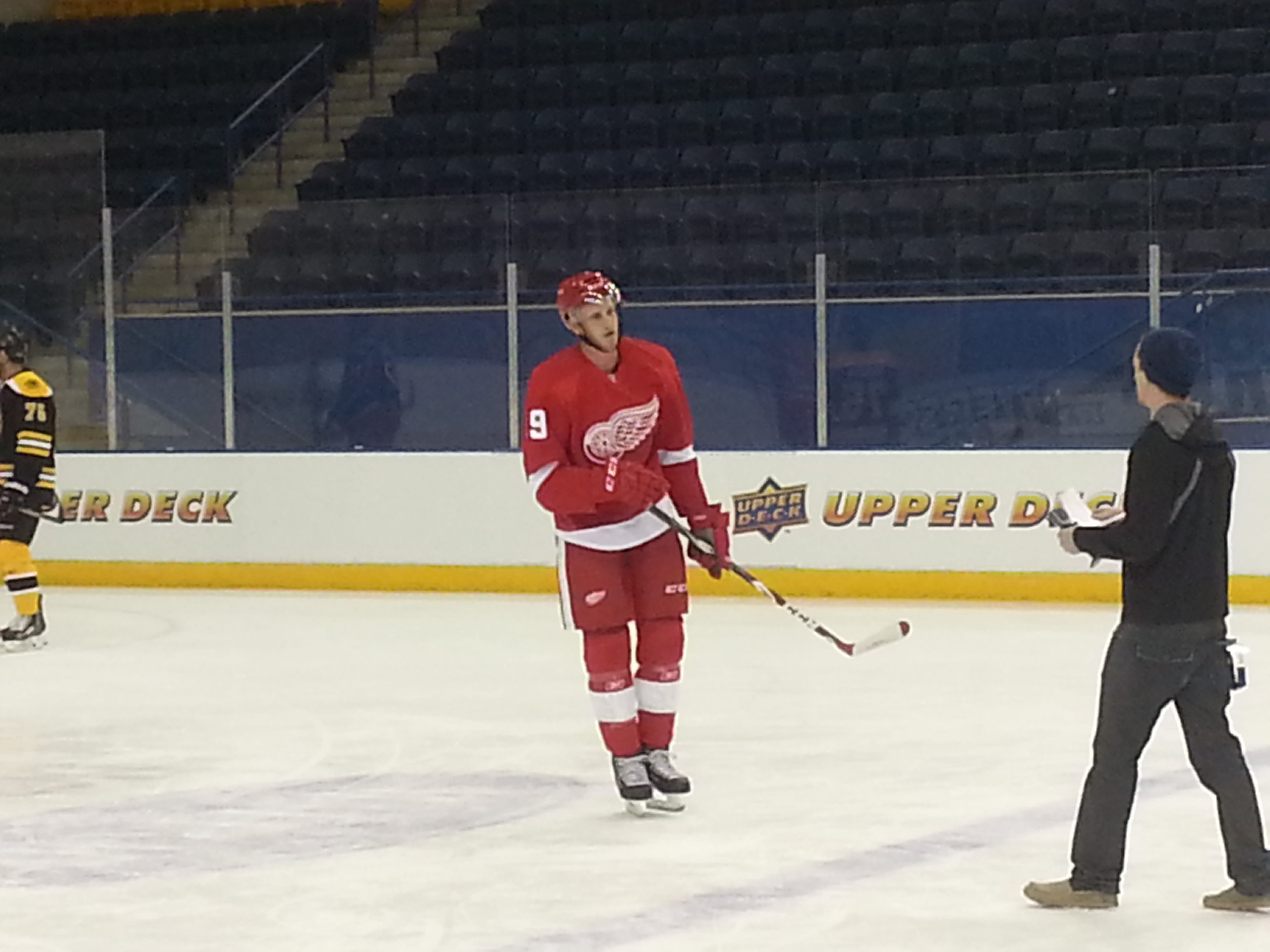 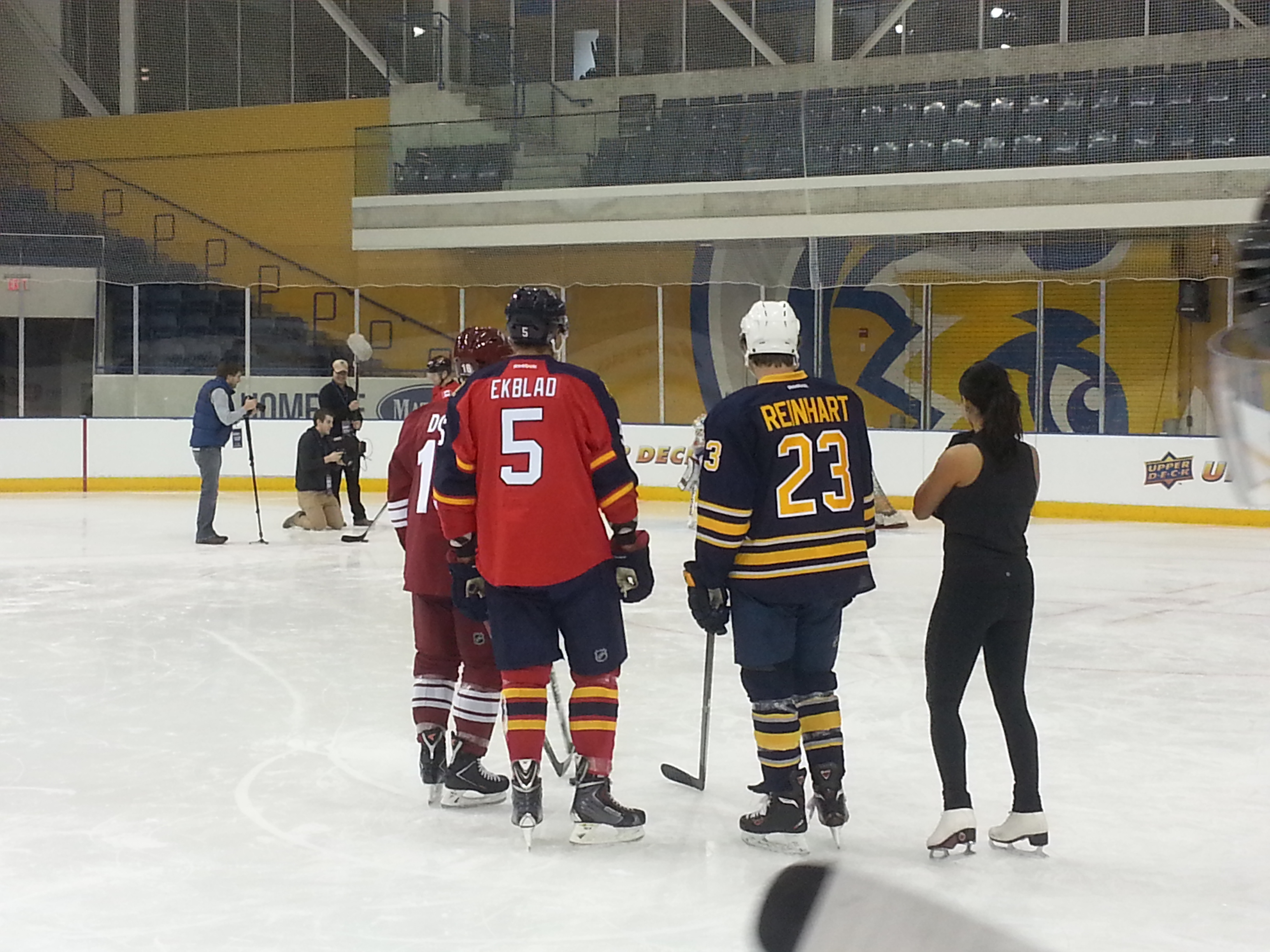 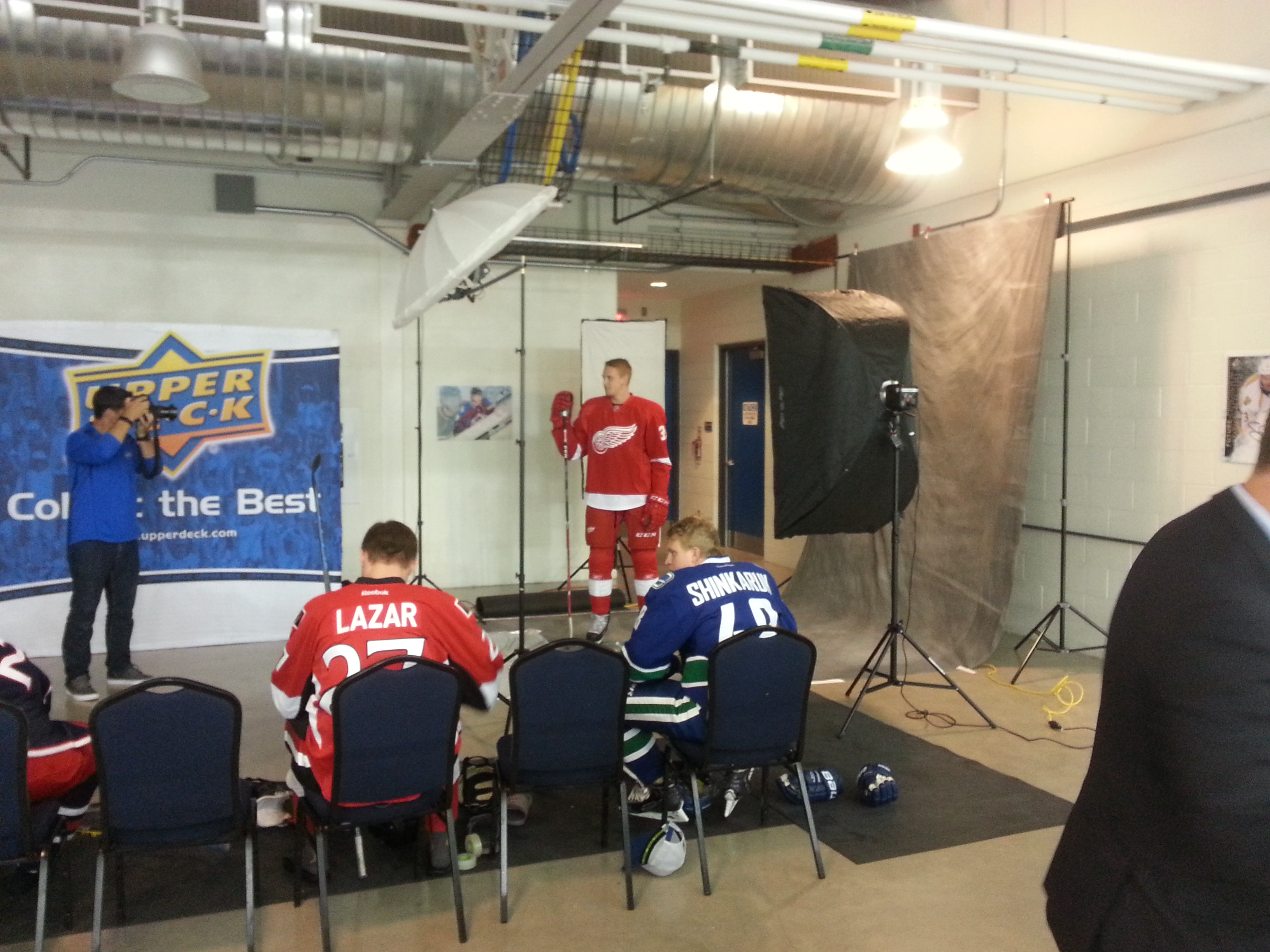 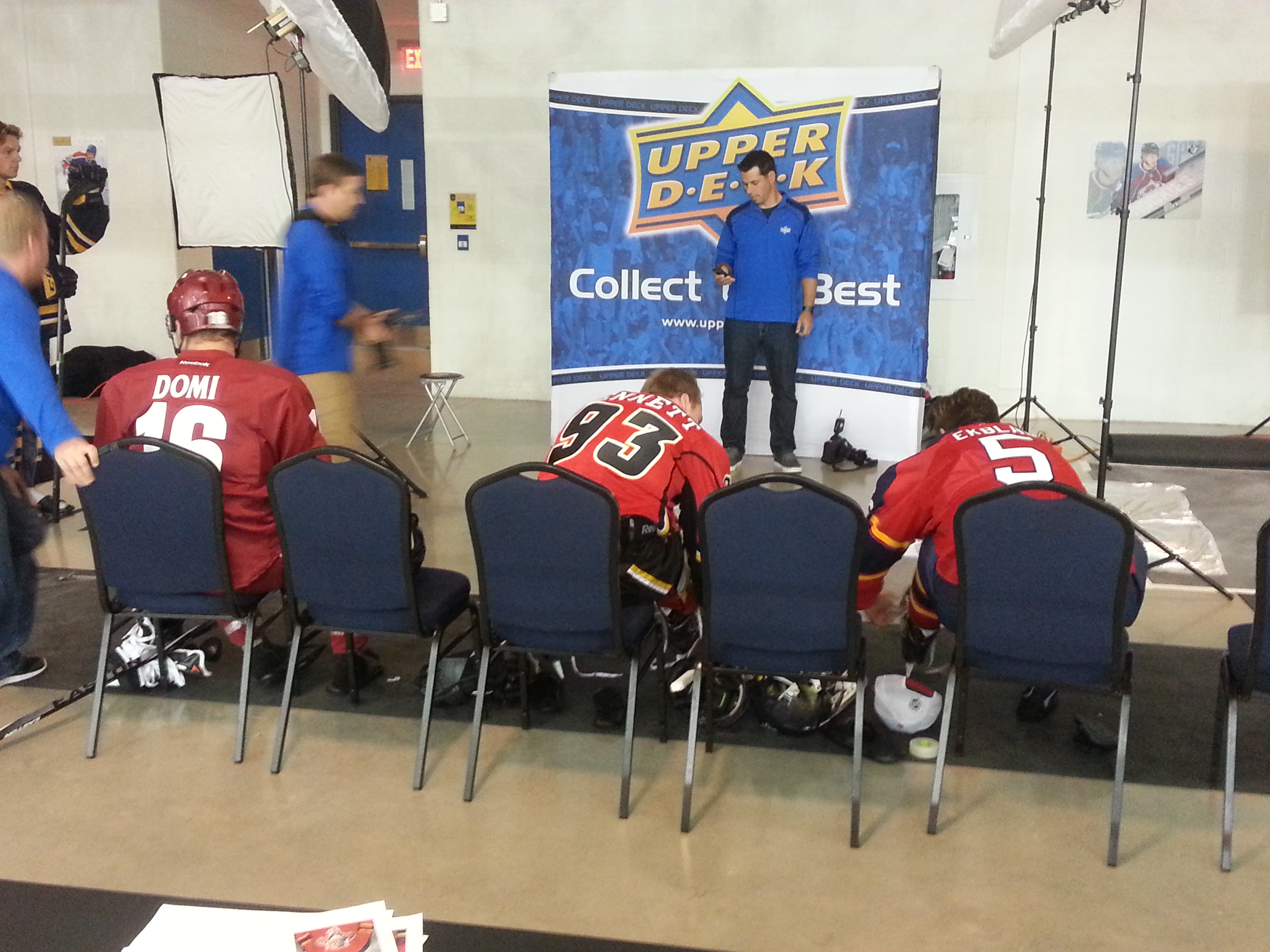 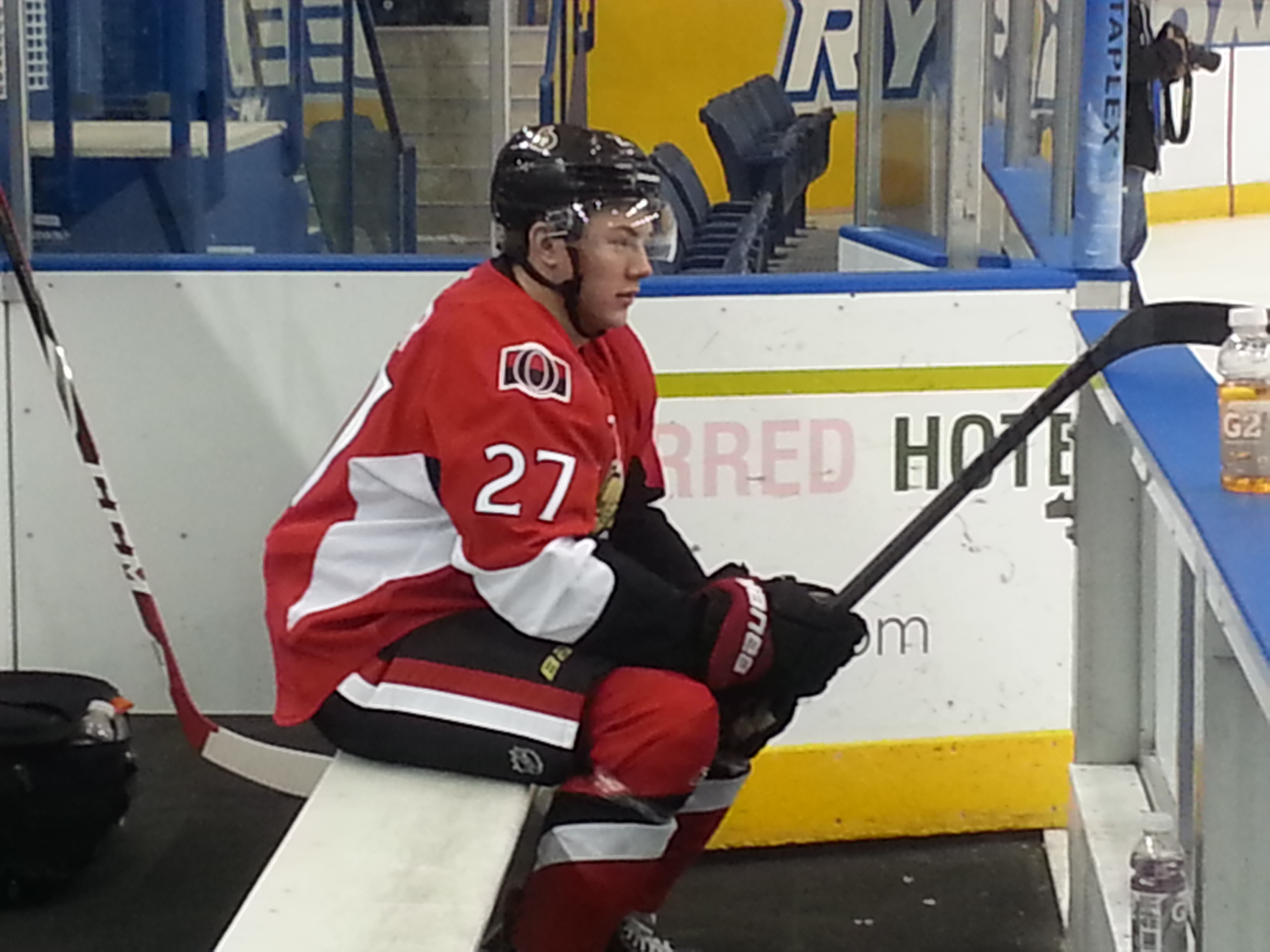 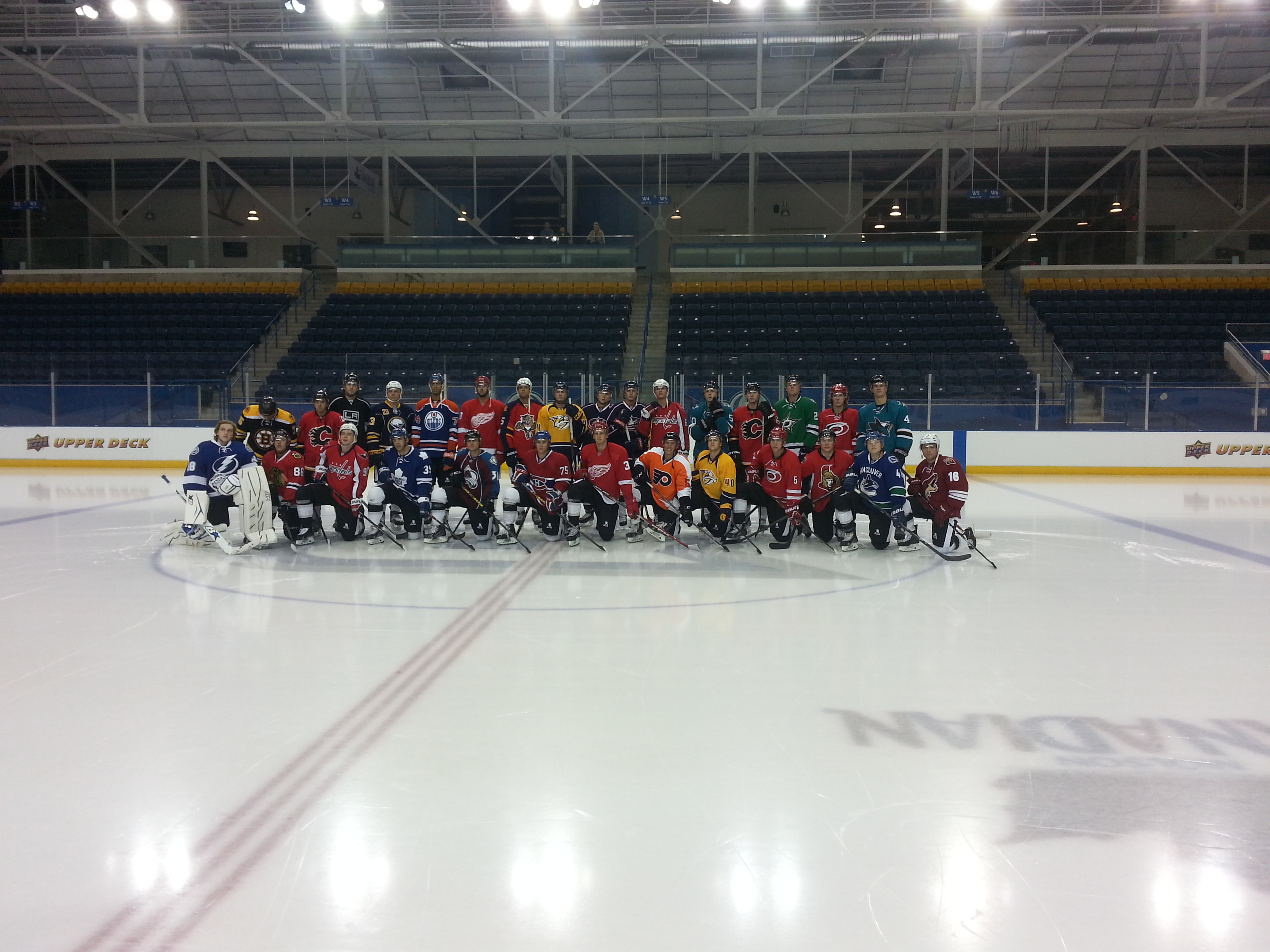 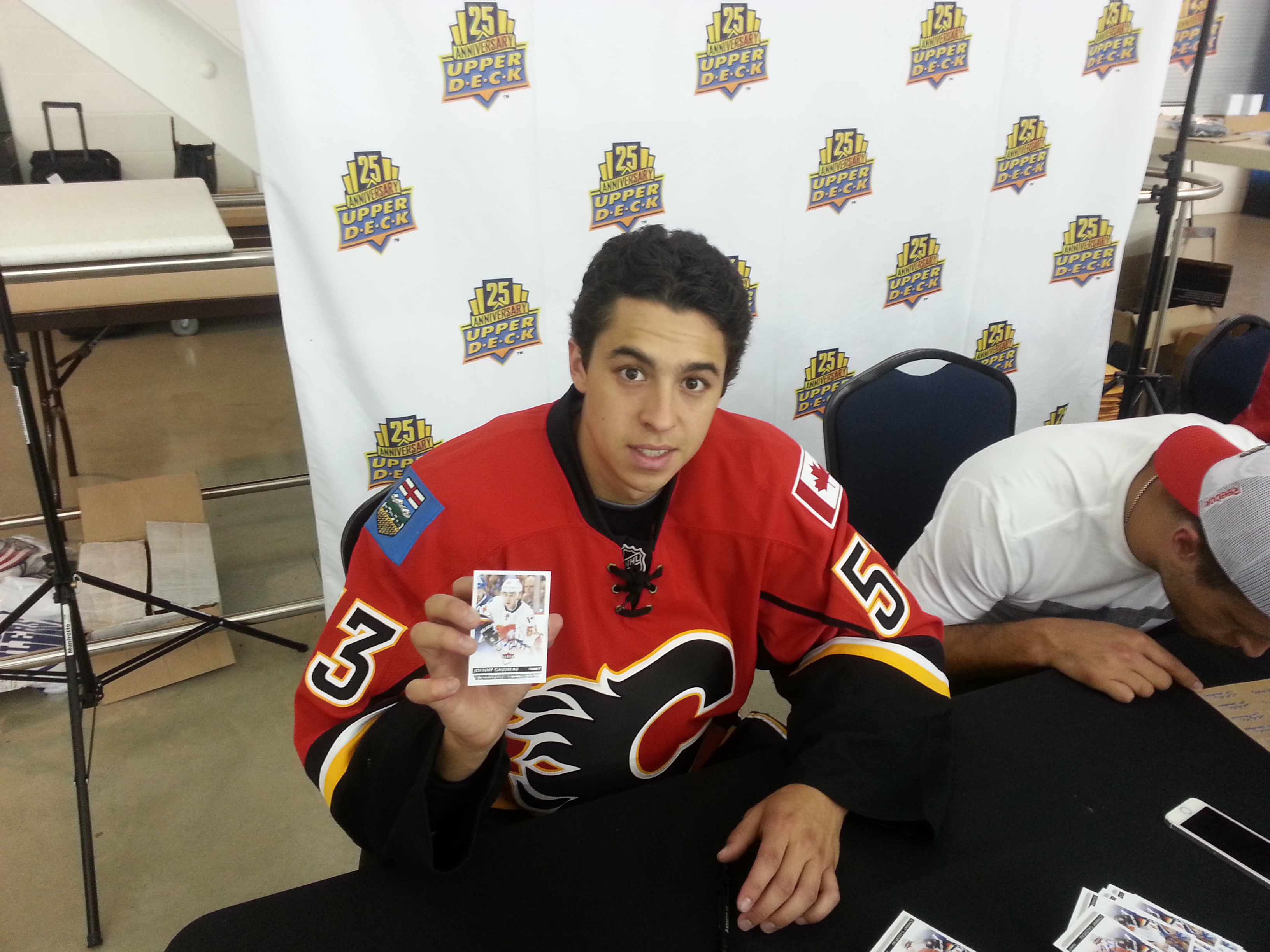 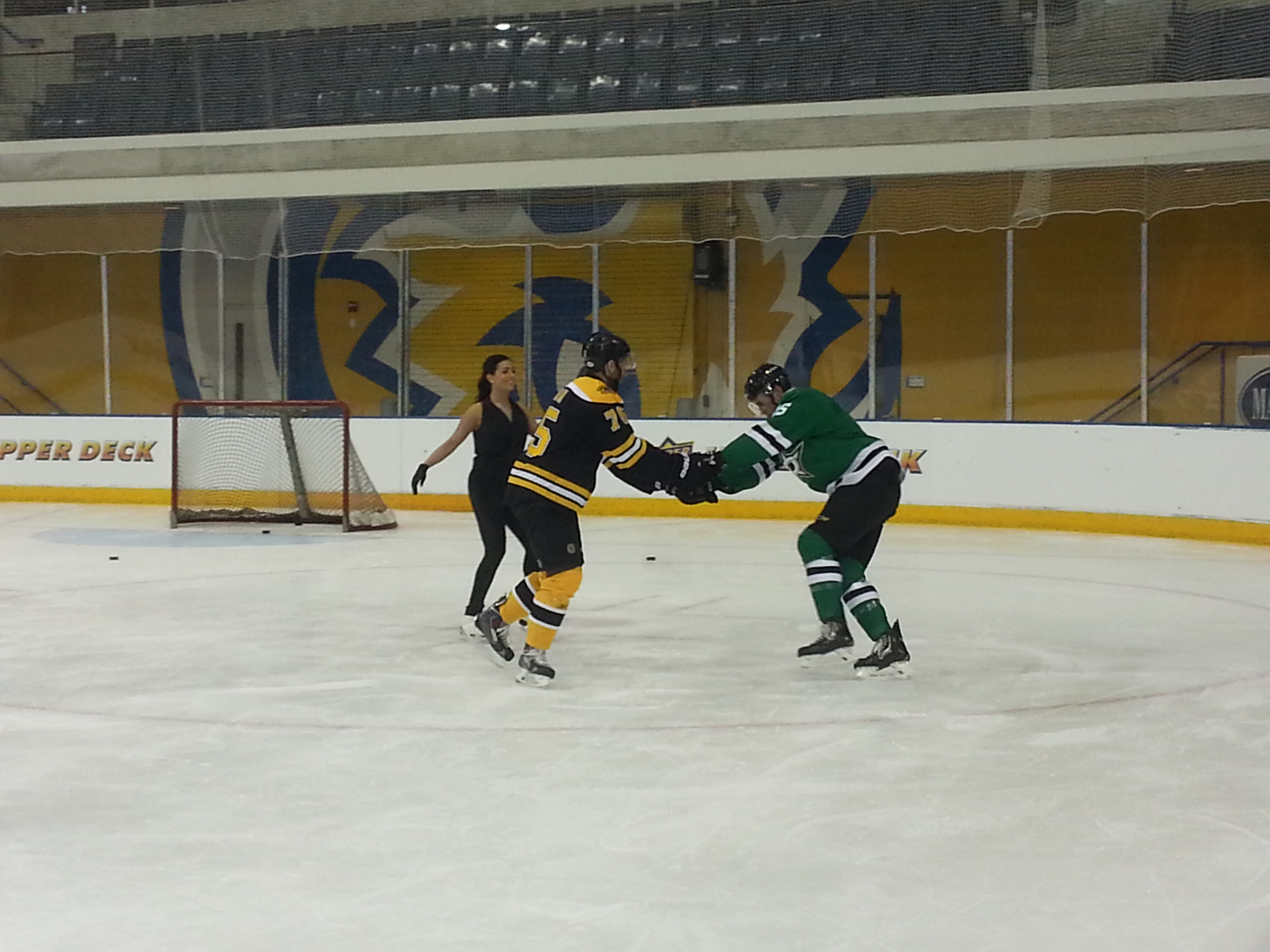 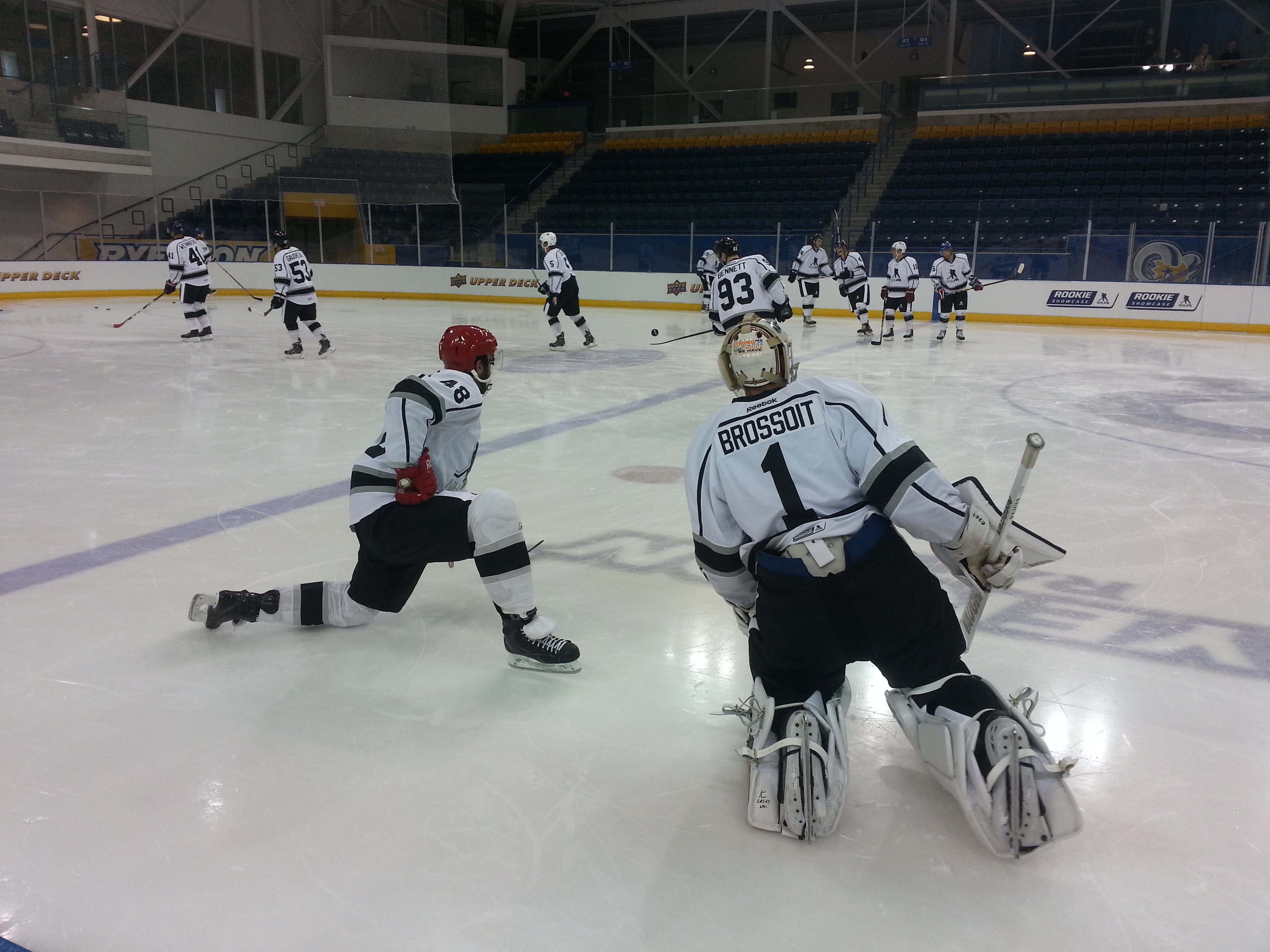 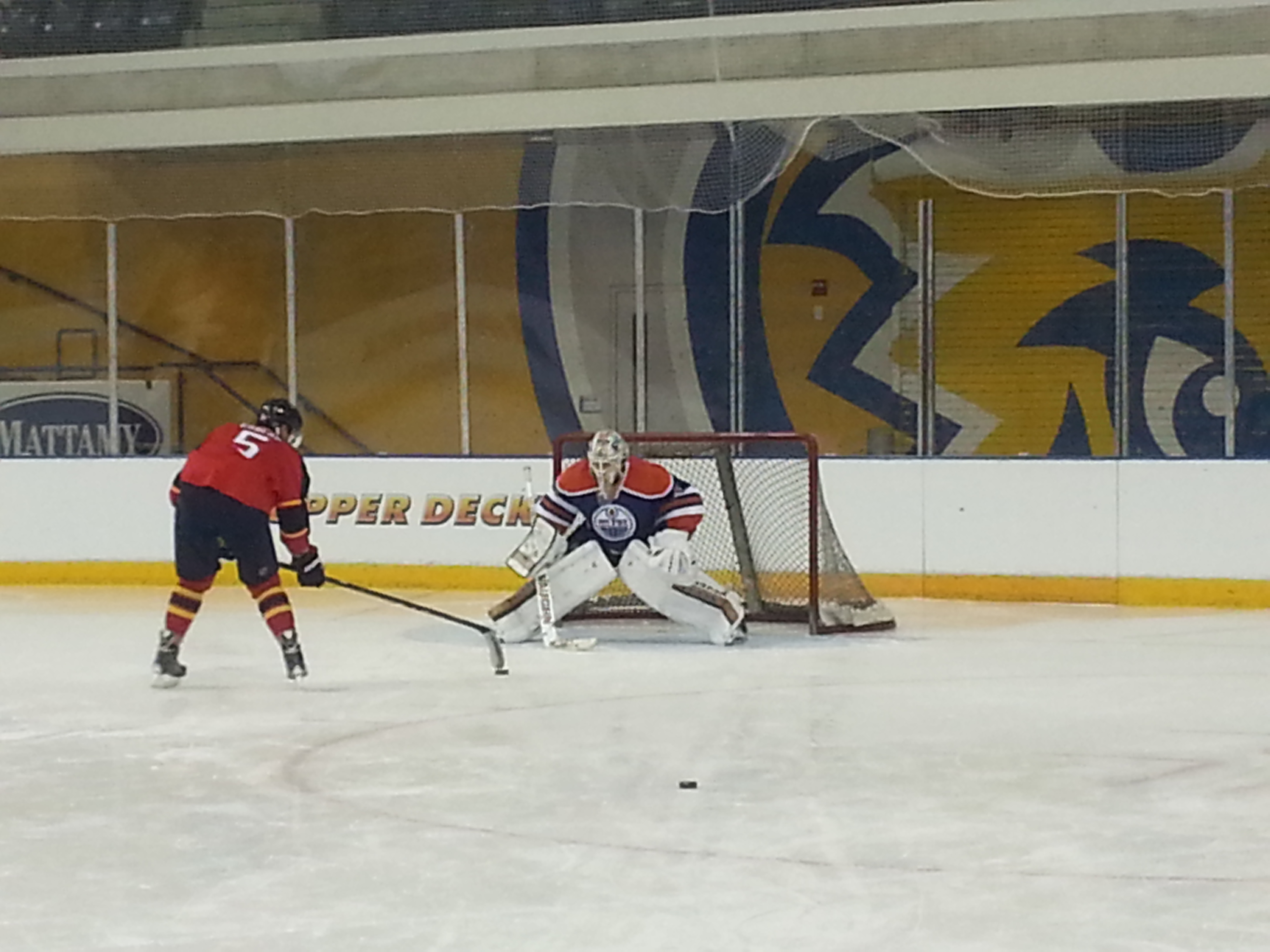 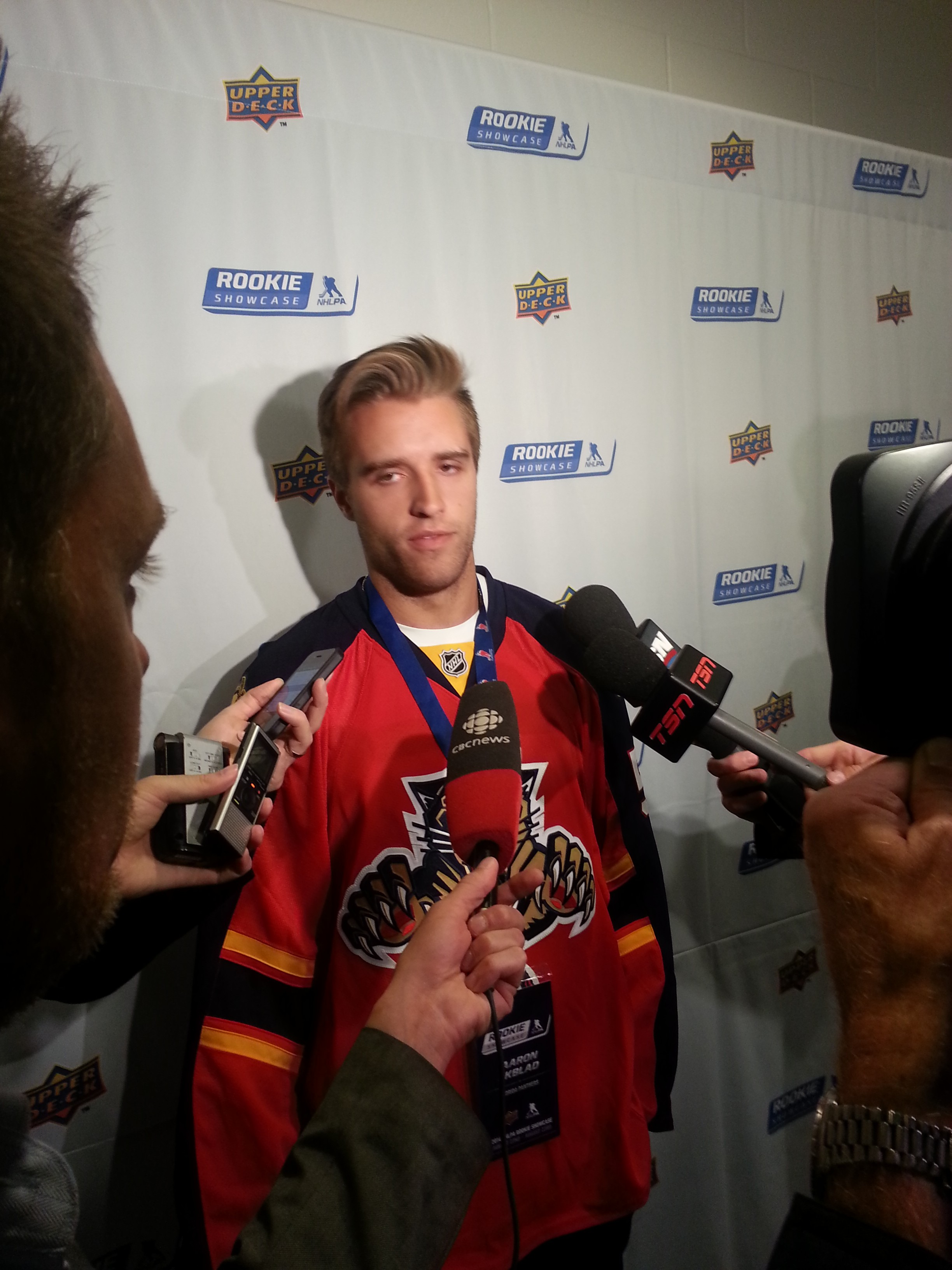 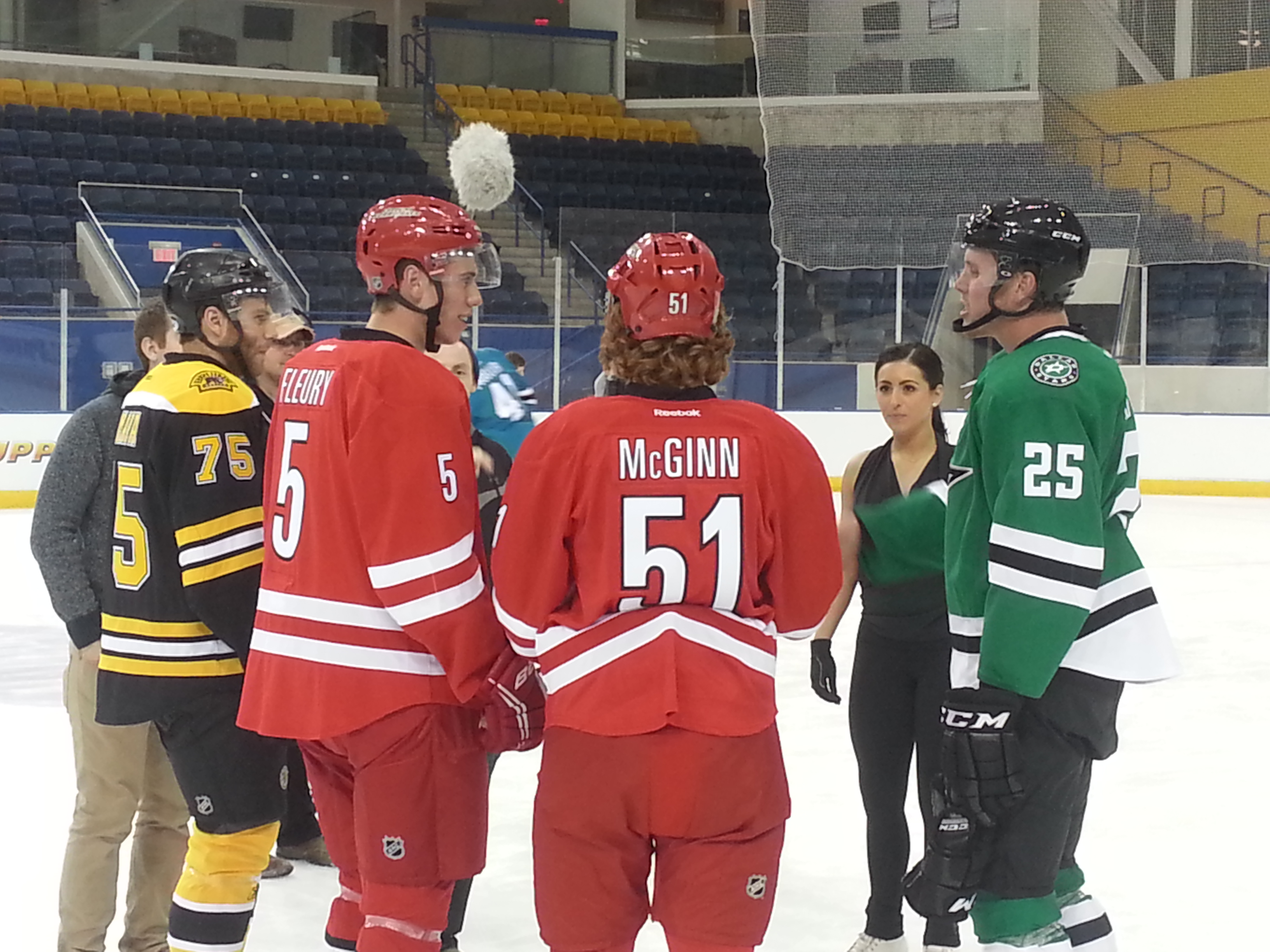 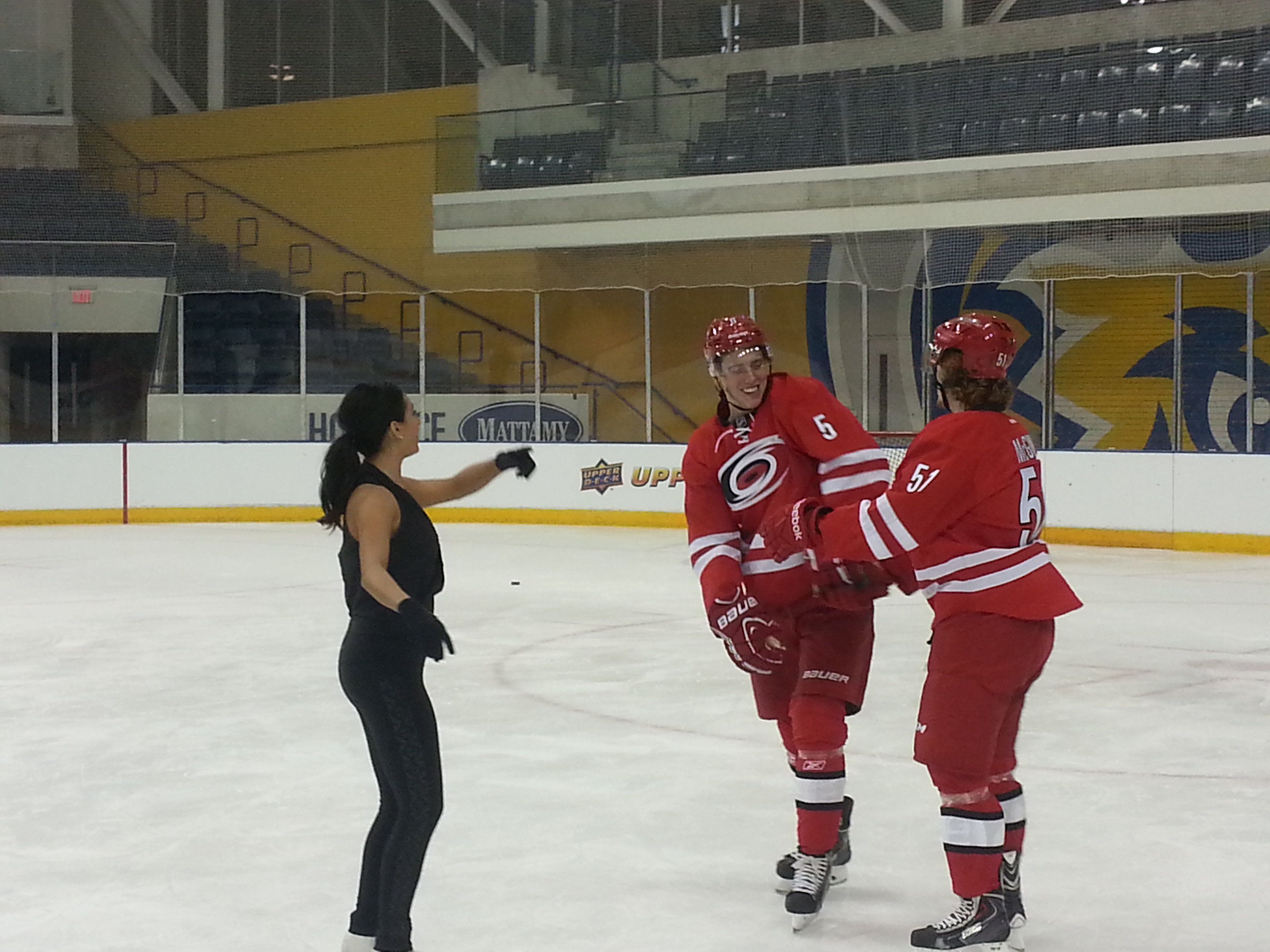 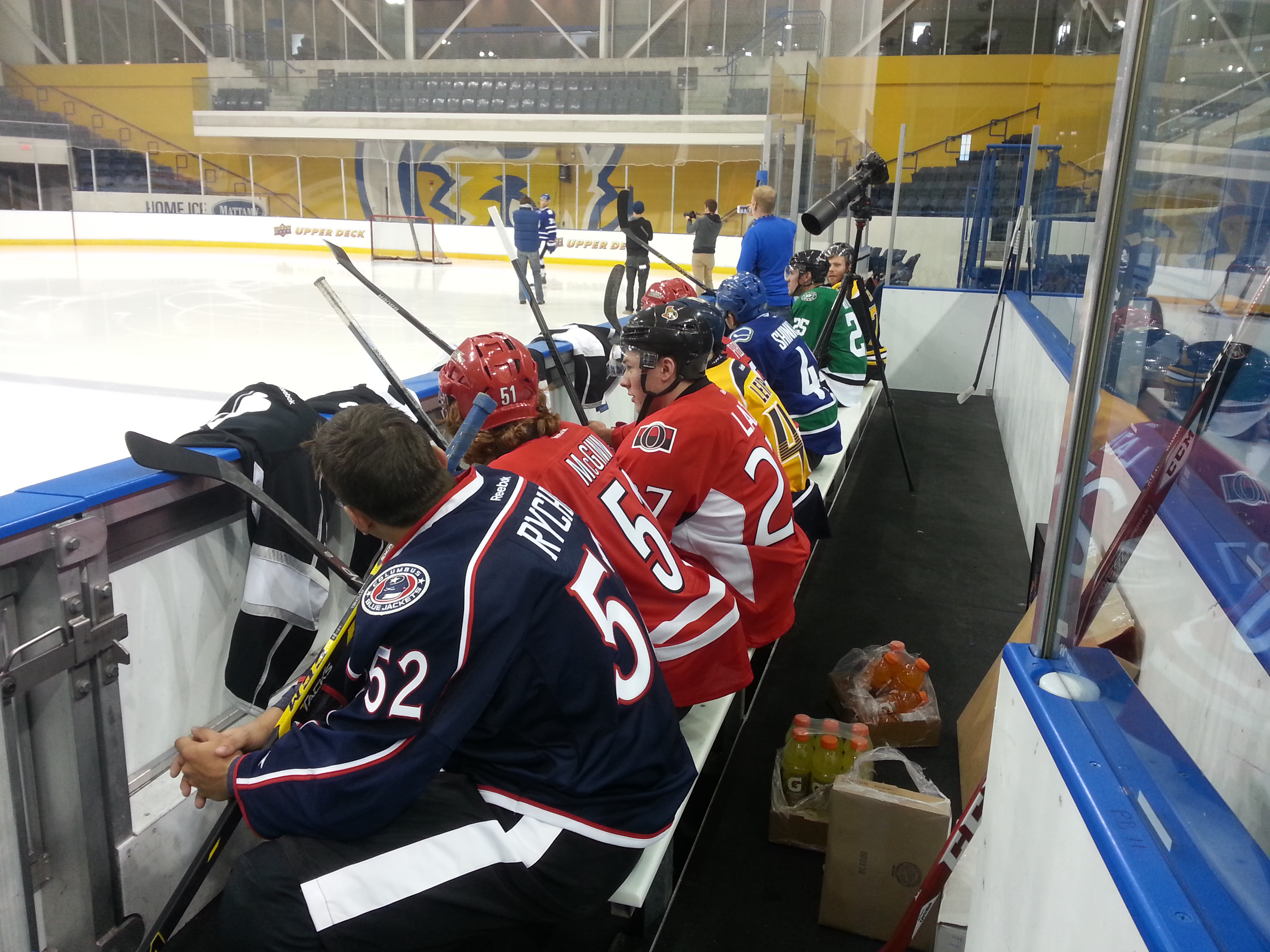 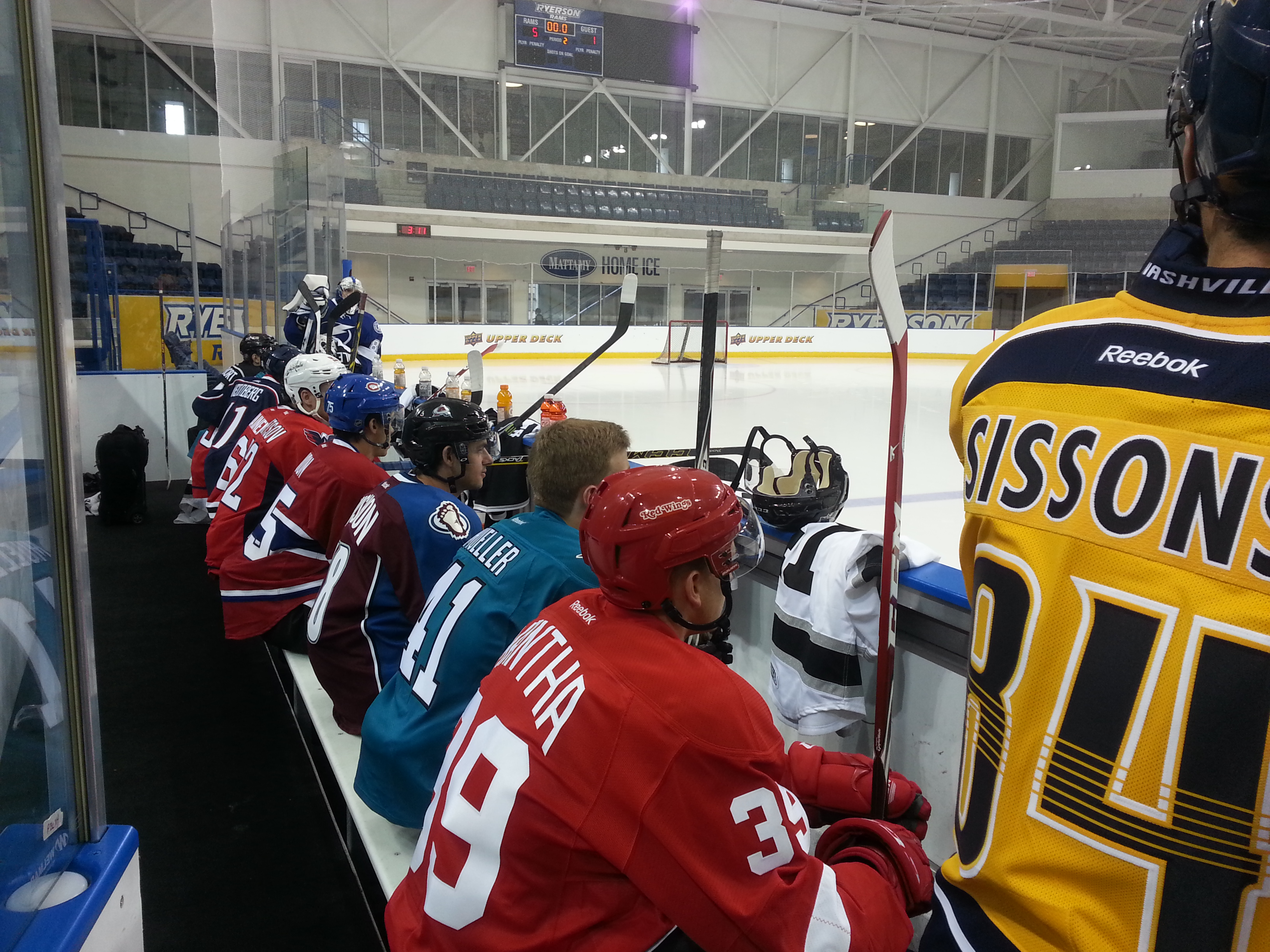