Saquon Barkley, one of the top players heading into the 2018 NFL Draft, has signed an exclusive deal covering both autographs and memorabilia with Panini America. That means that Panini products will be the only place to find signed cards of the running back. 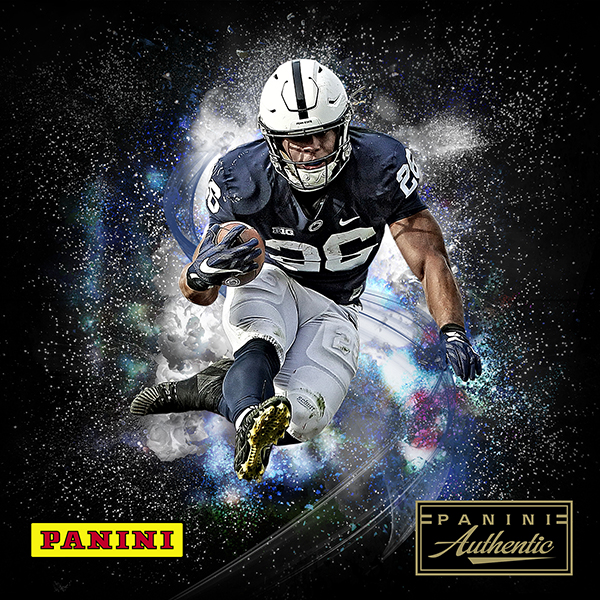 Panini Authentic will also be the lone place to get Saquon Barkley autographed memorabilia.

“Fans and collectors almost instantly devoured his first Panini America trading cards on the Panini Instant platform,” said Mark Warsop, Panini America CEO. “That demand is certain to increase throughout his rookie season. Barkley will absolutely be a key driver for our NFL business in 2018.” 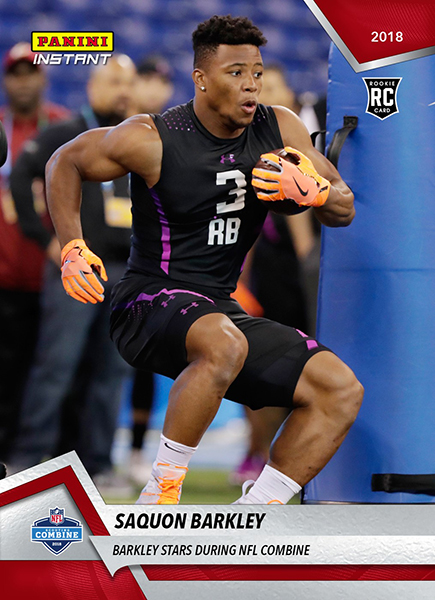 His first traditional pack-inserted cards will be in 2018 Panini Elite Draft Picks and 2018 Panini Contenders Draft Picks. From there, Barkley will continue to be a focal point of Panini products throughout the 2018 season. 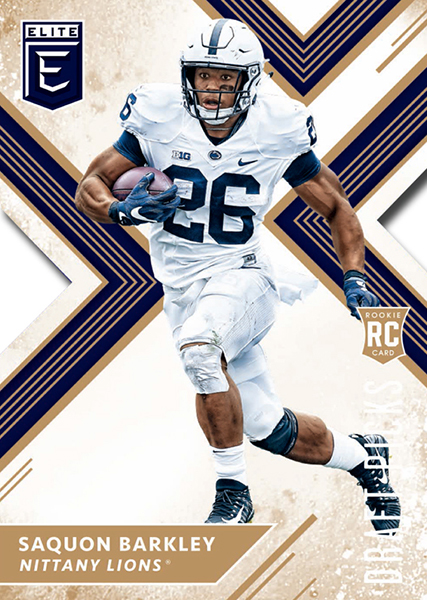 In three seasons at Penn State, Barkley set school records for both touchdowns (53) and rushing touchdowns (43). He finished his college career with 3,843 rushing yards and another 1,195 receiving yards. 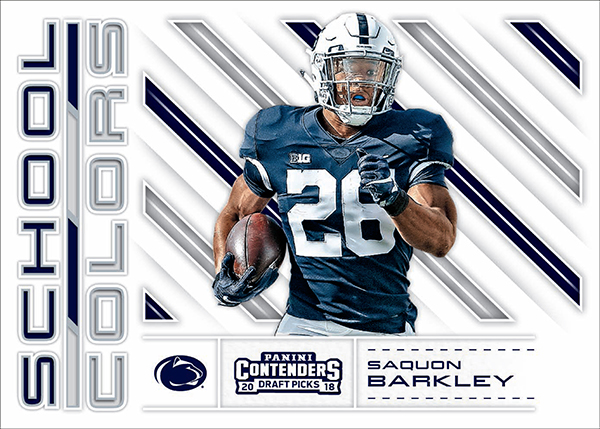