The auction blocks have been hot and heavy with Honus Wagner‘s famous card, but that doesn’t mean the price has come down.

The hobby’s Holy Grail seems to be popping up a bit lately with the most recent auction of a T206 Wagner going for more the $650,000.

In Memory Lane’s auction, it seemed vintage cards were the real hit. With the Wagner going for a large sum of money, a T206 Eddie Plank, which was a PSA 4, sold for $83,300.

“It’s a strong testimony to the health of quality vintage sports cards and sports memorabilia when you can have several competing auction houses running major events within a five or six week time frame and all of them seemingly doing really well,” Memory Lane’s J.P. Cohen said. “Ours was a huge success across the board and we’re now extremely excited about our next auction this summer.”

Baseball wasn’t the only sport featured in this collection. 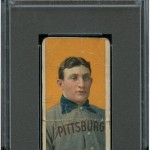 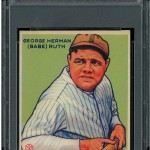 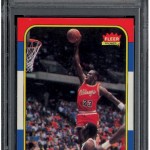