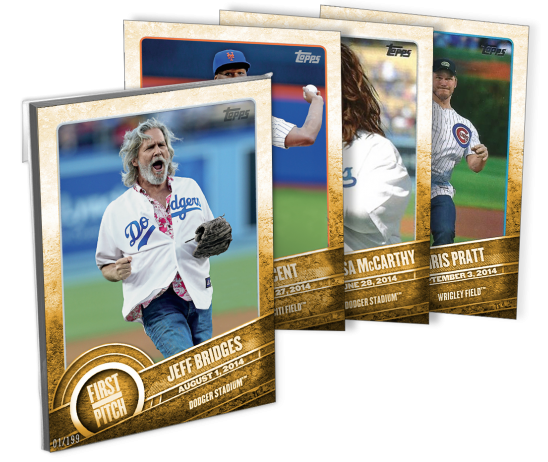 The celebs are going jumbo.

Topps revealed its First Pitch: Complete Oversized baseball card sets and there are three new ways to get your hands on some of the most-unique cards made this year.

Each of the 25 cards found in the first two series of 2015 Topps are now available as 5×7 creations that are part of three limited-edition sets found only on Topps.com. 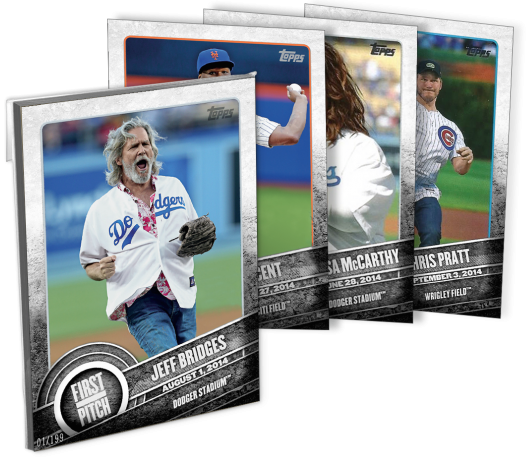 One of the simplest surprises on cardboard this year, the First Pitch cards capture celebrities throwing out the first pitch at an MLB game — a selection that included Jack White, Jeff Bridges and 50 Cent in Series 1. Series 2 has a mix of Hollywood stars, comedians and musicians that includes members of The Grateful Dead, Metallica and even comic book icon Stan Lee.