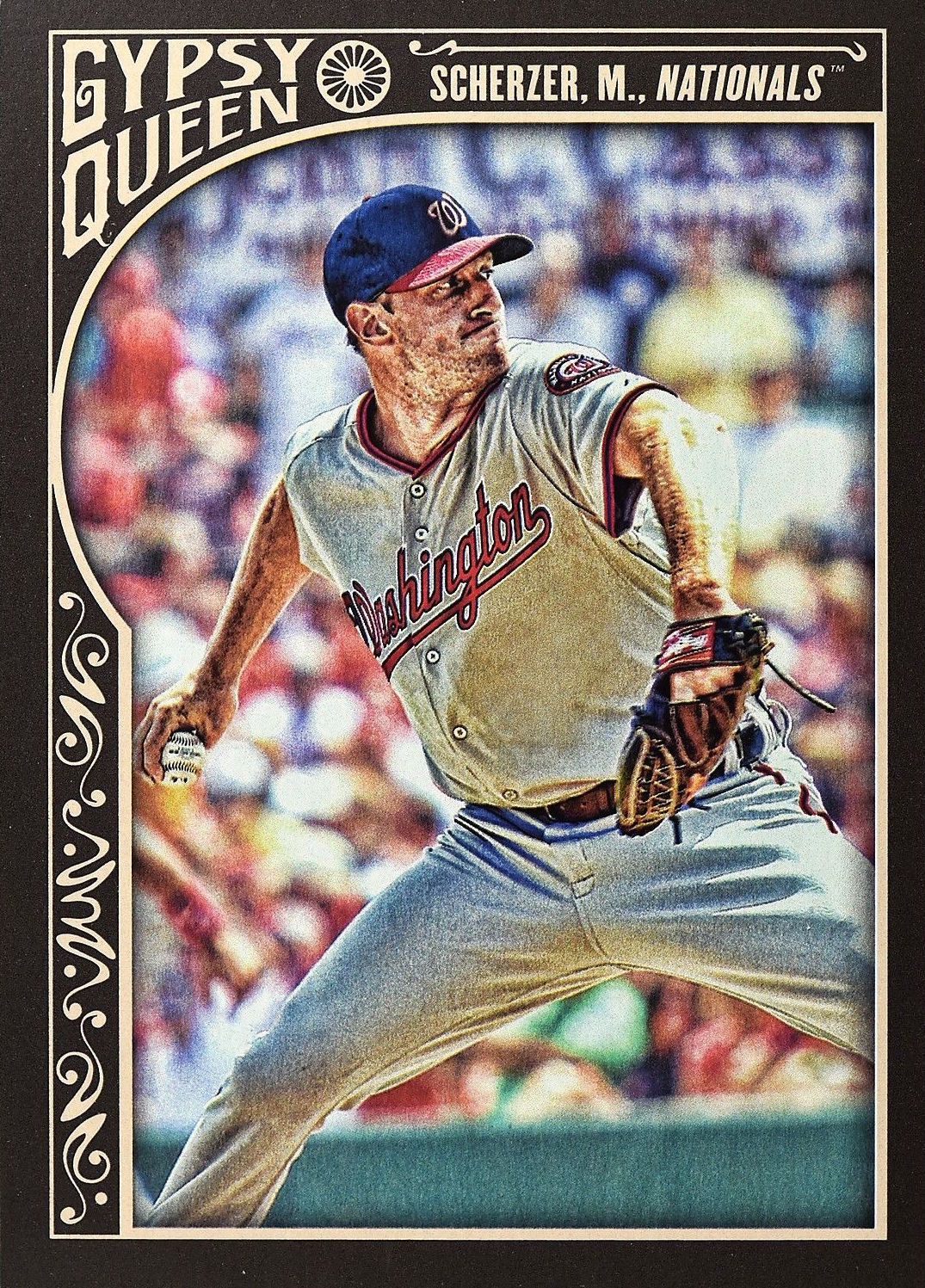 He was a beanball away from a perfect game, but a no-hitter still might impress.

The pitcher was Washington Nationals ace Max Scherzer, who lost his chance at the 24th perfect game in MLB history on Saturday when he plunked Pittsburgh’s Jose Tabata with two stikes and two outs in the bottom of the ninth. Scherzer retired Josh Harrison to secure the no-hitter and raise his record to 8-5 this season. Scherzer struck out 10 Pirates in the game.

Baseball’s $210-million man is affordable on cardboard with his 1,769 cards in the Beckett database carrying a total value of $12,049, excluding rarities. Collectors have known about the right-hander since his cardboard debut back in 2005 as a member of the USA Baseball National Team.

Here are my picks for five early and affordable Scherzer cards to track down first. 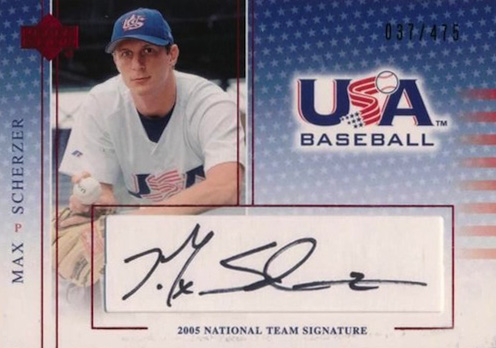 2005-06 USA Baseball National Team Signature Black #MS /475, $25 (above)
He appears on 19 cards in the USA Baseball boxed set — and 17 of those are autographed cards of some sort. This one is his main signed card and a shockingly affordable option considering it predates most of his other ink by a notable amount of time. 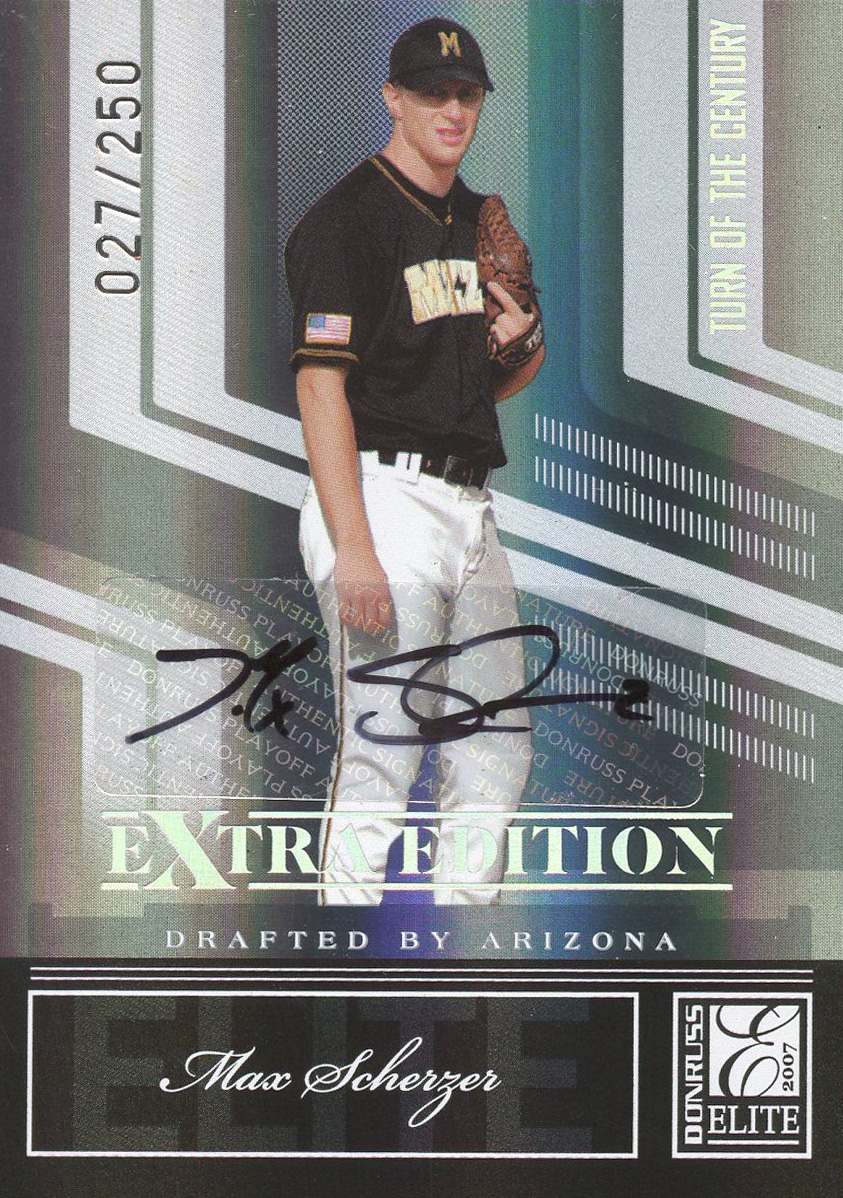 2007 Donruss Elite Extra Edition Signature Turn of the Century #33 /250, $40
His first professional autographs can be found only in Elite Extra Edition where he appears on six different cards. His most-attainable one is this one, while the rest are limited to 182, 50, 12 or five and one copies per card. 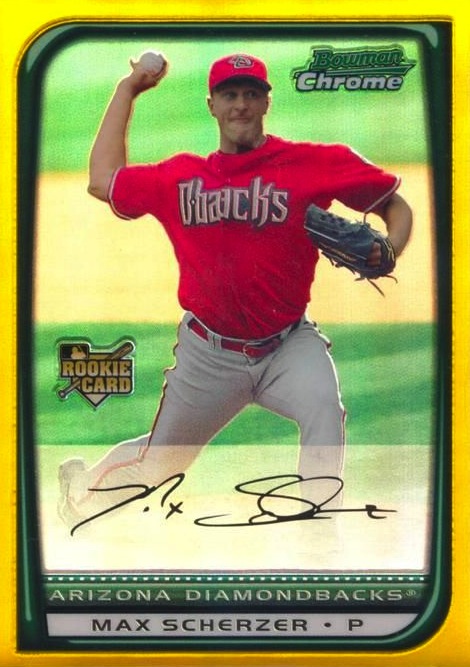 2008 Bowman Chrome Draft Gold Refractors #BDP33 /50, $100
Scherzer’s Rookie Cards arrived in 2008 and this card is perhaps the most-iconic card (although this is the RC’s parallel) of the bunch, though it’s not autographed. He has 18 Rookie Cards for collectors to choose from. None of them typically sells for more than $50 — even if signed — so this one’s price tag also reflects that added interest. 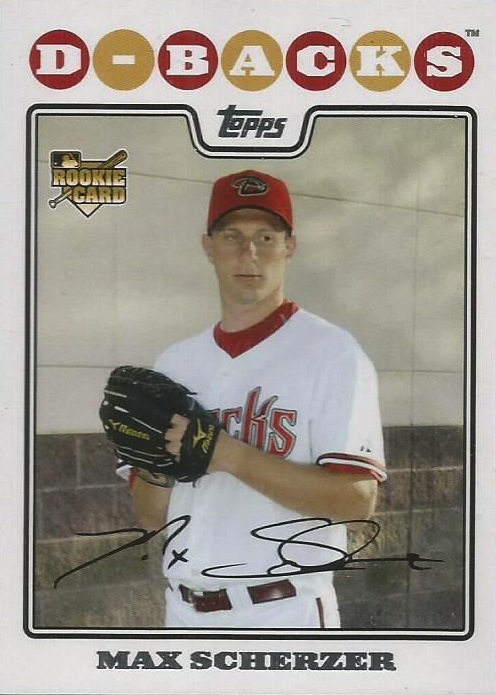 2008 Topps Update #UH280 RC, $6
The standard Topps RC seems to be one collectors draw to year after year. This one’s not expensive, but it can go right there along with other notable Topps Traded or Topps Update RCs from the past in terms of some history. 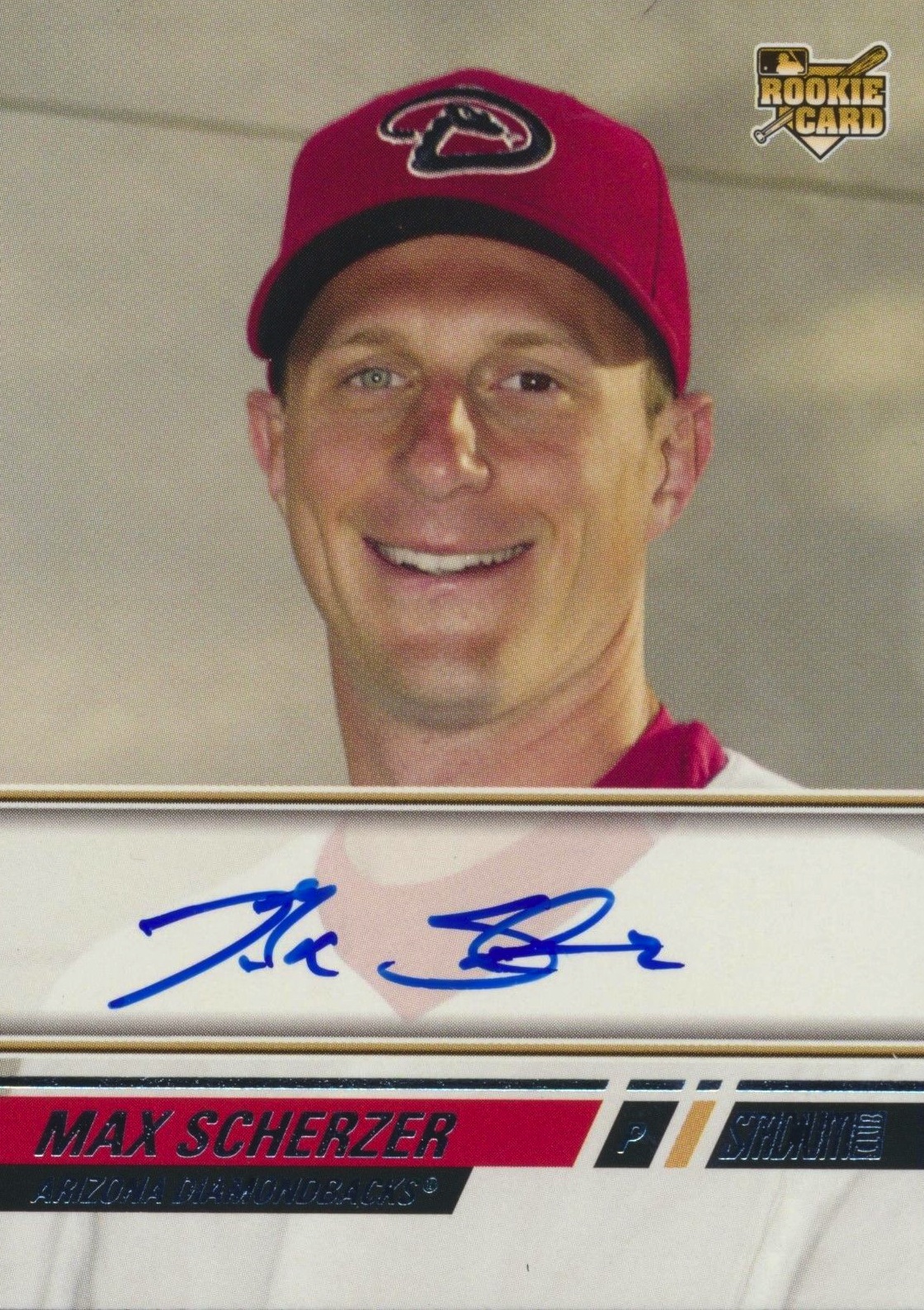 2008 Stadium Club #173 AU, $30
This one-and-done release back in 2008 included hits in every pack, which meant that rookies like Scherzer and Evan Longoria signed on-card for these. While wax boxes can be tougher to find these days, the cards aren’t. This one is interesting as it gives you a closer look at his heterochromia iridum or different-colored eyes. (Fun baseball trivia staring you right in the face along with an autograph — an added bonus.)

On the Rise: Vladimir Tarasenko