Sgt. Fury and his Howling Commandos got their start in 1963. They were a fictional World War II combat unit in the Marvel Comics world. Rittenhouse Archives is celebrating the 50th anniversary of the original comic with a premium set.

Each pack will contain one hand-drawn sketch card, three base cards and one character portrait card.

The base set will consist of 30 cards with images from the early years of the comics. The character cards will feature nine cards of Sgt. Fury and his team.

Rittenhouse is limiting the production run of Sgt. Fury and his Howling Commandos to just 99 boxes, which will have 15 packs in each box. It is using its premium pack configuration for this product.

Sgt. Fury and his Howling Commandos comes out Sept. 18. 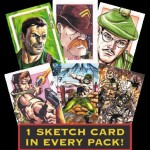 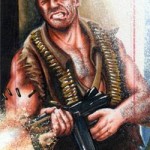 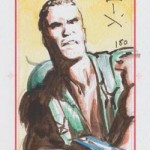