It’s back to the high-end with 2020 Topps Star Wars Masterwork. The ongoing line continues to be a chase-centric release with a hit in every pack as well as both an insert and a parallel. Delving further into the configuration, autographs remain a major focus with two in every four-pack hobby box.

The base set focuses on characters. But it’s Star Wars so that can mean humans, aliens, creatures and droids. The entire franchise is in play, including Rise of Skywalker and The Mandalorian, both of which makes their Masterwork debut. 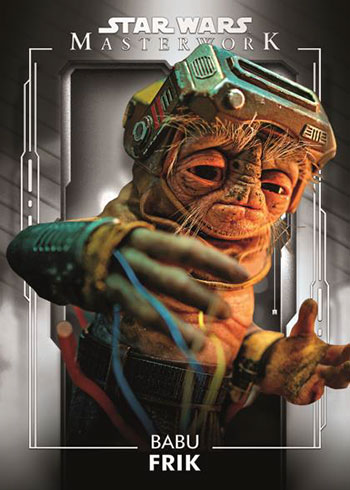 Sticking with the high-end theme, even the regular cards are premium in their construction. They’re done on thick 72 pt stock. 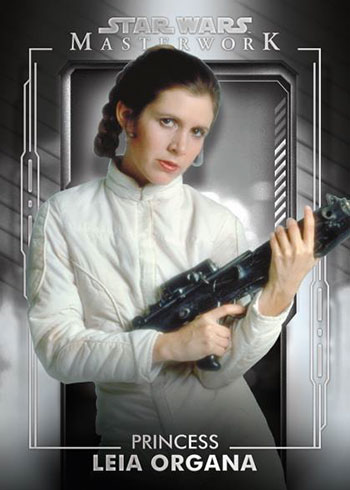 Autographs take on a variety of forms but they start with the main lineup. These draw from an expansive roster including all the live-action movies and The Mandalorian. 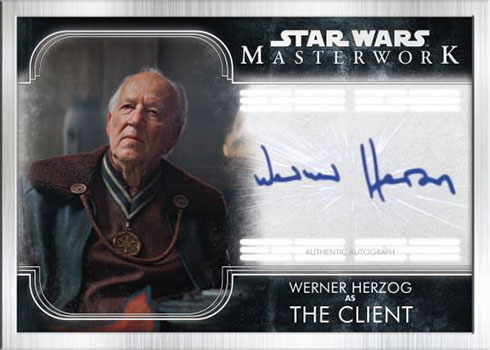 The vast majority of signatures are in the regular Autographs set. These have parallels in the following colors and formats: 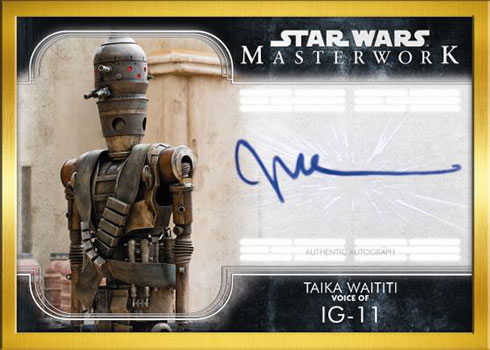 New to 2020 Topps Star Wars Masterwork are Behind-the-Scenes Autographs, which showcase some of the creators working on the other side of the camera. Despite the dozens of Star Wars sets over the decades, these are people who are seldom found on trading cards. 2007 Topps Star Wars 30th Anniversary would be the most prominent example. 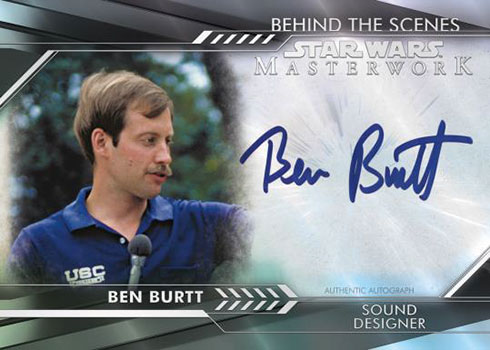 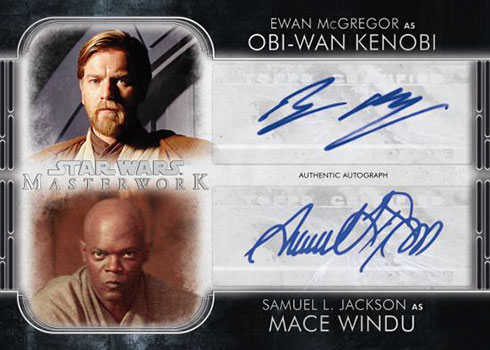 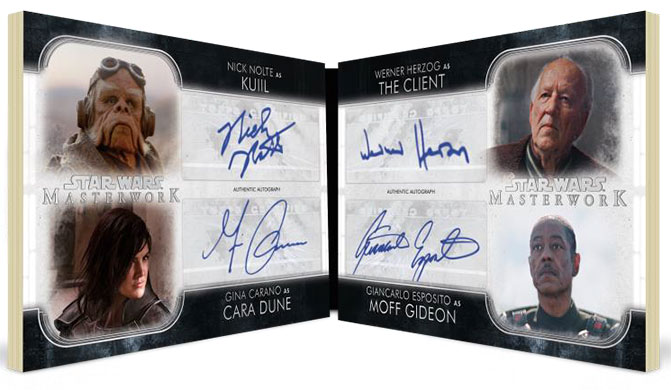 Pen Relic Autographs return. These have a signature as well as a piece of a pen used during a signing.

Of the two autographs in every 2020 Topps Star Wars Masterwork hobby box, at least one is on-card.

The additional hits take on a few different forms.

The cornerstone sketch cards are back. Besides traditional single-panel works of original art, there are panoramic and sketch book cards as well.

Dual Sourced Fabric Costume Relics come with a pair of swatches. They might not be screen-worn, but those are few and far between. These have Purple (/25), Orange (/25), Black (/5) and Gold (1/1) versions.

The remaining hit themes are more along the lines of premium inserts, Commemorative Dog Tag Medallions and Commemorative Stamp cards. Both sets have Purple (/50), Orange (/10), Black (/5) and Gold (1/1) parallels. Stamp cards also have Green versions that have 99 copies. Select medallion cards come with additional autograph versions that have their own assortment of Purple (/50), Orange (/10), Black (/5) and Gold (1/1) parallels.

Three regular inserts are on the 2020 Masterwork checklist as well: The Empire Strikes Back 40th Anniversary, The Wisdom of Yoda, and Troopers of the Galactic Empire. These combine to land one per pack.

The 2020 Topps Star Wars Masterwork checklist will be up as soon as it’s available, likely shortly before the set comes out.