Exclusive Cards to Be Had at 2016 Star Wars Celebration Europe 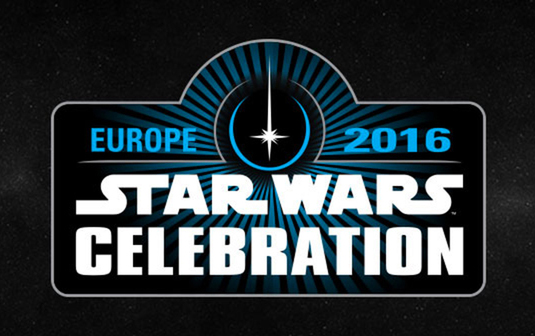 Star Wars Celebration has become the ultimate convention for that far, far away galaxy. And for good reason. It brings together not only fans, but a major creative and corporate presence. And with that comes exclusives. For 2016 Star Wars Celebration Europe, that means cards.

Here’s a look at what Topps’ UK operations have planned for the event in the way of trading cards made specifically for the event. 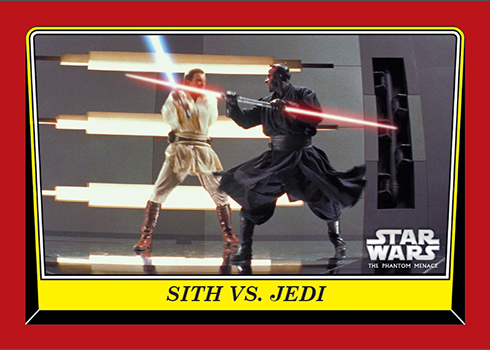 All seven of the Star Wars films gets their own set of ten over-sized cards. Each mini set uses the 1983 Return of the Jedi design. Because this is a European event, that design might not be quite as familiar, particularly for casual fans, as Topps centered their Star Wars efforts back then more to North America. Images cover some of the most important moments from A New Hope through Revenge of the Sith and The Force Awakens. 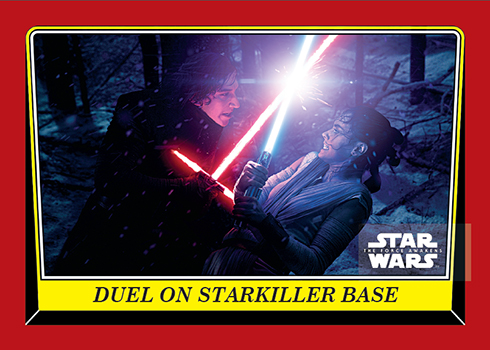 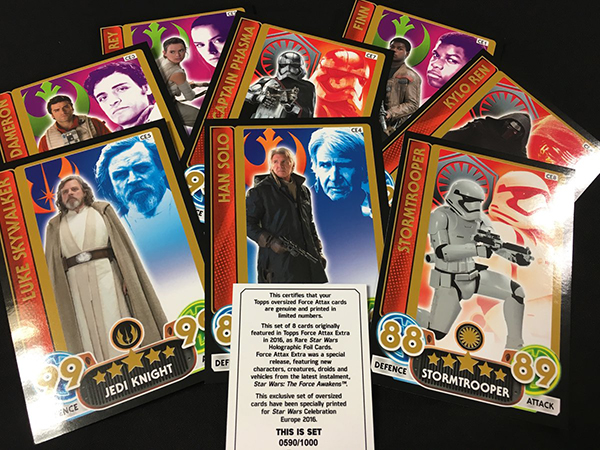 Topps also has an eight-card set of jumbo Force Attax Extra cards slated for 2016 Star Wars Celebration Europe. These reprint cards from a previous release but with an over-sized format. Also, the original, regular-sized cards were printed on holofoil. These are not. Each set comes with a certificate noting what they are and numbered to 1,000 copies.

These exclusives are available at booth #N403. Topps also has a presence in the family section of the event.

This Week on Beckett Radio: Super-Collecting and ...