2018 Topps On Demand Star Wars: Rebels Finale says good-bye to the animated series. It’s a mini set that was available initially for two weeks on the Topps website. 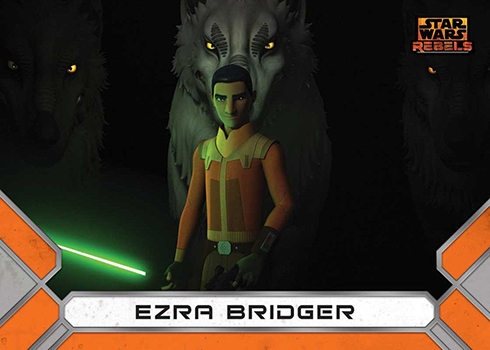 Each comes with a full base set of 20 cards, a parallel and an autograph. The original cost for each package was $50.

Autographs have a similar checklist, although not everyone signed. There are also a couple, Ashley Eckstein and Tom Baker, whose characters aren’t in the main set. Autograph parallels come in Purple (/10), Red (/5) and Gold (1/1). That said, it appears that not all signers are available at all levels.

The 2018 Topps On Demand Star Wars: Rebels Series Finale print run is limited to those that were ordered. In this case, 461 sets. 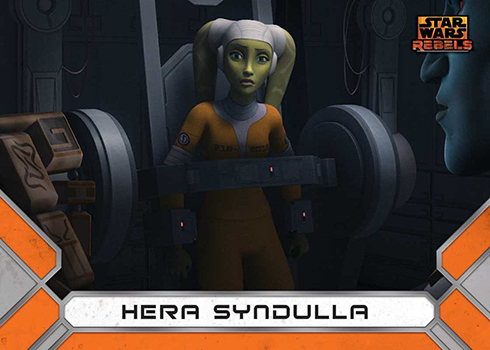 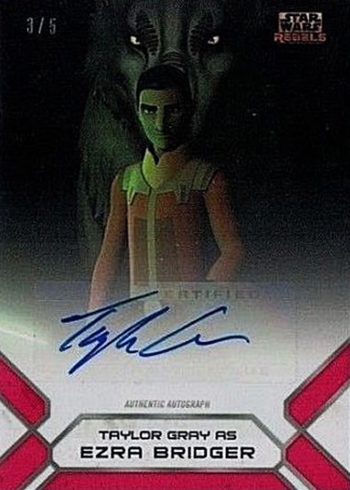 Not all autographs appear to be available at all levels.

1-A Taylor Gray as Ezra Bridger
2-A Freddie Prinze Jr. as Kanan Jarrus
3-A Vanessa Marshall as Hera Syndulla
5-A Steve Blum as Zeb Orrelios
7-A Genevieve O’Reilly as Mon Mothma
8-A Dee Bradley Baker as Rex
10-A Forest Whitaker as Saw Gerrera
14-A Lars Mikkelsen as Grand Admiral Thrawn
15-A Mary Elizabeth McGlynn as Governor Pryce
18-A Warwick Davis as Rukh
19-A Stephen Stanton as Tarkin
20-A Ian McDiarmid as The Emperor
21-A Ashley Eckstein as Ahsoka
Tom Baker as Bendu