The 2018 Bowman High Tek Baseball pattern variations are apparent as soon as you bust open a box. They’re one of the key markers of the Tek brand that make it distinct from other lines. 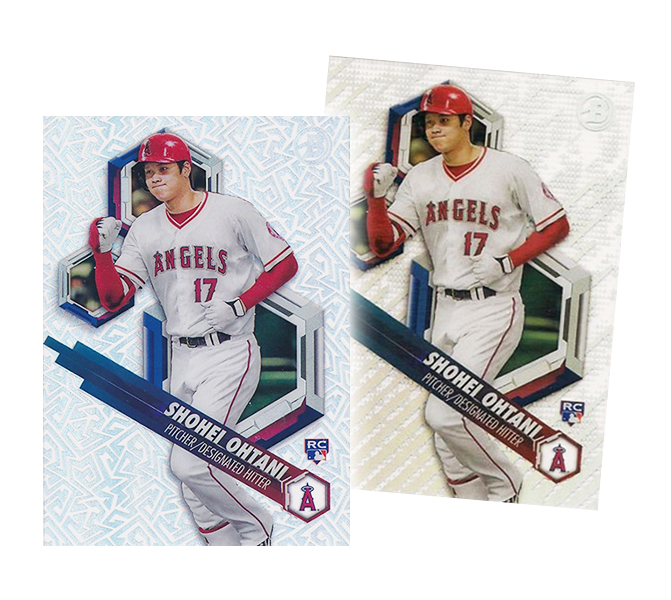 According to Topps’ initial info, 2018 Bowman High Tek Baseball base cards all have ten different variations. They range from common to almost impossible. That’s because not all patterns are available in equal quantities.

For the most common cards, the first two patterns, you’ll likely find one or two of each in every pack. The toughest, SpekTEKular Diffractor and Galactic Diffractor, are both one-of-ones. The rest lie somewhere in between.

2018 Bowman High Tek Baseball Pattern Variations: What to Look For

At their essence, the pattern variations are essentially parallels done differently. Instead of colorful backdrops and borders, the layout of the foil in the background changes — often drastically. This goes back to when Topps Tek first debuted back in the late ’90s.

Back then, there were a lot more patterns but there wasn’t the tiered rarity. The patterns were also numbered on the back so it was easier to keep track of what you needed and what you had if you were building a full player run.

As for the traditional color parallels, 2018 Bowman High Tek Baseball has those, too. But they’re limited to the common Pattern 1 design.

Here’s a gallery of the known 2018 Bowman High Tek patterns as well as a scale for how scarce they’re believed to be. Besides the pattern number, we’ve given them a descriptive name to help make them a little easier to remember. Every base card has the ten different patterns.

While we’re very confident with the rarity at the top where the most common pattern variations are, it might take a little time to fill out the bottom. Besides the one-of-ones, there’s one pattern we haven’t seen yet. It does look like for Pattern 6 down, the cards are a case hit or tougher. But please note that the rarity of these tough spots could change slightly. We’ll be continuing to update in the days ahead as needed. 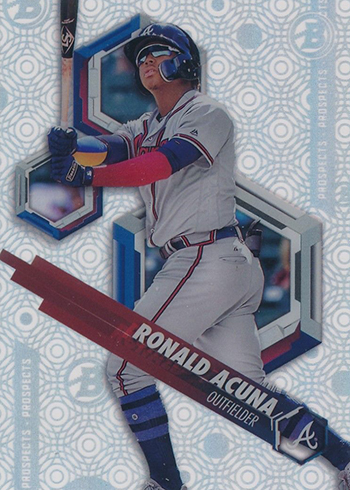 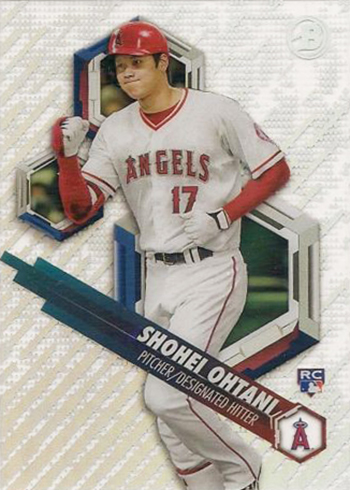 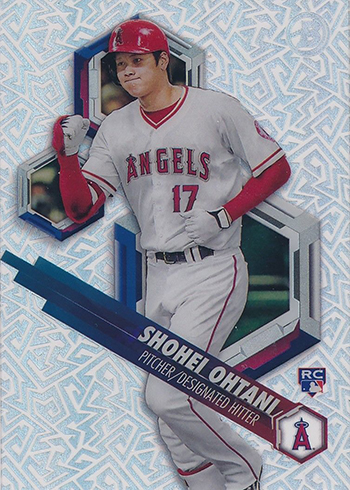 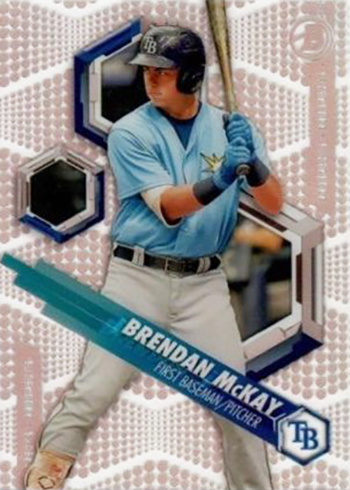 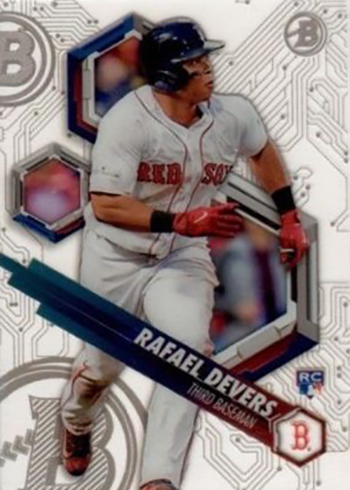 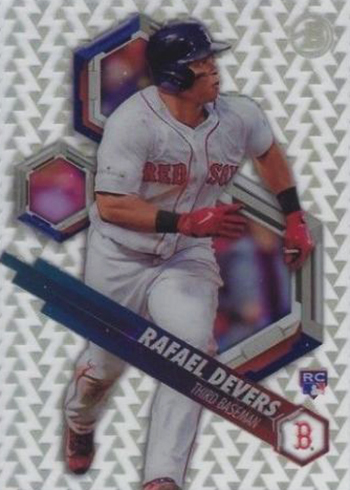 Insertion rate: less than one per case? 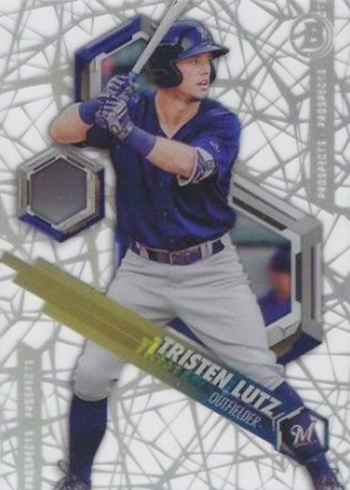