While the many different pattern variations in the recently priced 2018 Bowman High Tek are great for player collectors, the on-card Prospect and Rookie Autograph cards have been some of the best-selling cards in the product, both in terms of volume and value.

Let’s take a look – in order – of the five hottest autograph cards in the product.

Acuna’s card was issued as an exchange card, but redeemed copies are already finding their way to the secondary market. In terms of secondary market sales volume, this card was the heaviest traded card on this Hot List. 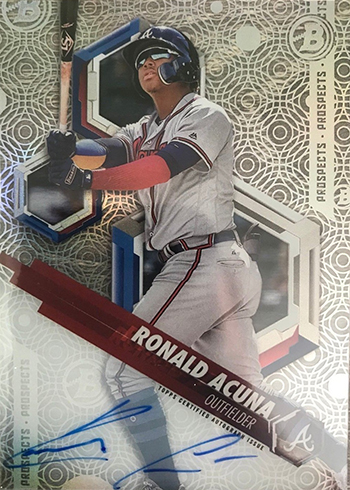 Despite injury struggles throughout the season, it should be no surprise that Shohei Ohtani’s certified autograph cards as still strong sellers across the board. While his non-autographed cards have started to soften just a bit, his autos are still selling well. 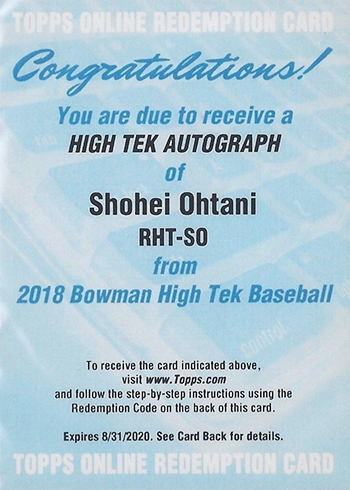 Torres remains one of the top draws in almost every product that’s released. When you take into account that Torres is a) a rookie, b) a Yankee and c) an All-Star in his first year, an on-card autograph selling the $15-$40 range seems like a bit of a steal. 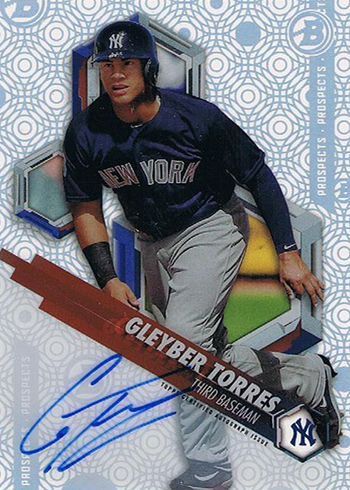 Certified autograph cards of the highly-touted Angels prospect seems to be issued as exchange cards in most products. That doesn’t seem to deter collectors from shelling out cash for his autos. 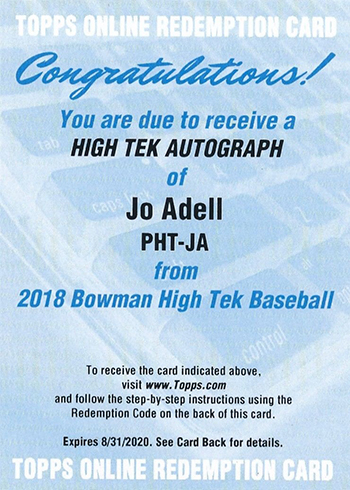 In terms of secondary market sales volume, Greene’s High Tek Prospect auto was the second most heavily traded behind Acuna. While Greene was the second overall pick in the 2017 draft, thanks to a late-season injury, collectors seems to be a bit cautious as to just how much they’re willing to spend on his autographs. 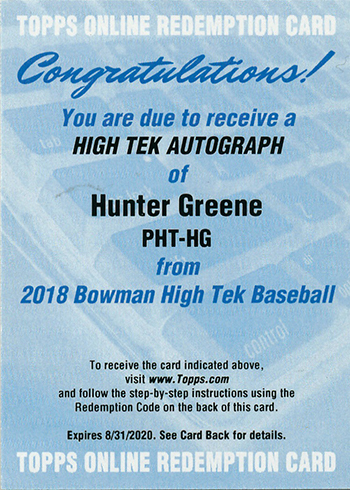