How Much Is the 2018 Bowman Chrome Shohei Ohtani Superfractor Autograph Going to Sell For?

What’s the 2018 Bowman Chrome Shohei Ohtani Superfractor autograph going to sell for (if at all)? That’s the million dollar question. Or, at least, the $60,000 question.

That’s the standing offer for the card from Blowout Cards’ Thomas Fish. 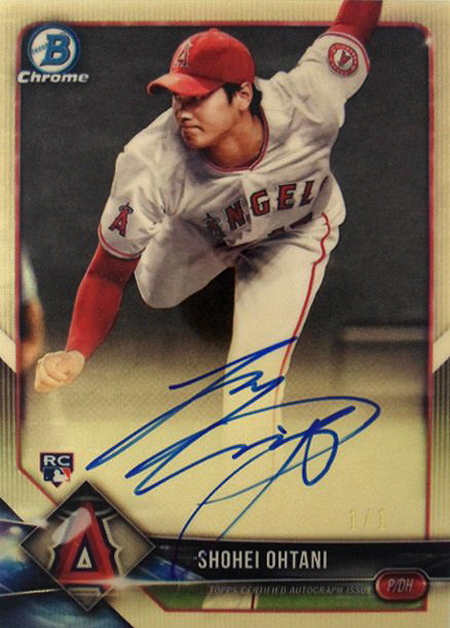 He made the offer public his website. But it comes with a couple of conditions. First, it has to get graded at least a BGS 9.5. Second, it must be delivered by May 11.

But that doesn’t mean there won’t be other offers for the card out there either.

The Hunt for the 2018 Bowman Chrome Shohei Ohtani Superfractor Autograph

With a nod of the hat to Willy Wonka, let the hunt begin.

(Or, if you want to be a little more hip, a virtual James Halliday high five would suffice, too.)

The Shohei Ohtani Superfractor is the key card most will be dreaming of landing in 2018 Bowman Baseball. It’s a one-of-a-kind parallel to Ohtani’s regular Bowman Chrome Rookie Autograph in the product. 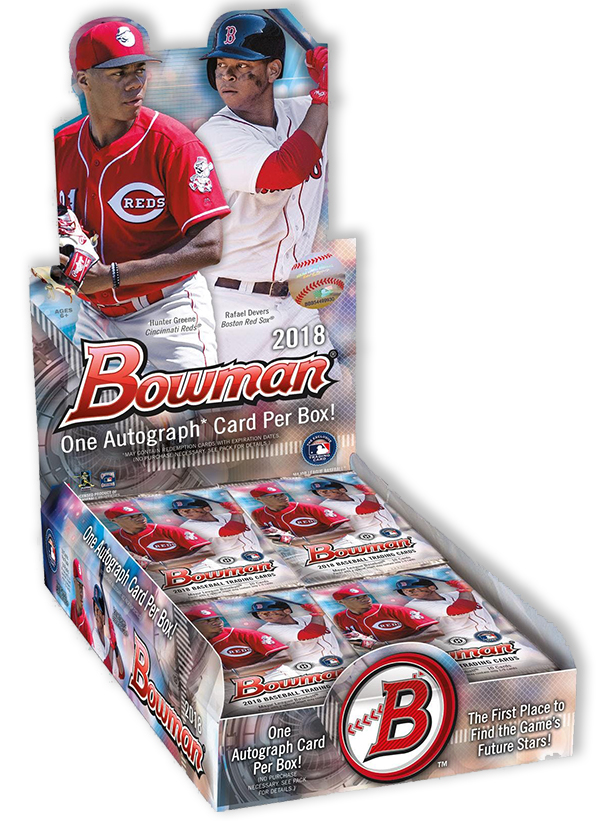 Ever since the 2010 Bowman Chrome Stephen Strasburg Superfractor, the one-of-one cards have emerged as some of the most coveted in the hobby, particularly when it comes to baseball. The Strasburg, which wasn’t autographed, sold for more than $20,000 at one point during the peak of Strasburg’s rookie season. 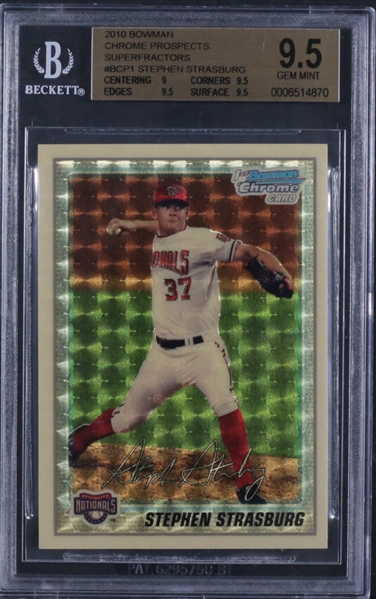 Since then, other big rookie and prospect Superfractor sales have included Yasiel Puig, Jose Abreu and Kris Bryant. All originally sold for more than $10,000.

The 2018 Bowman Chrome Shohei Ohtani Superfractor autograph has the added appeal of an international audience. While the two-way player has provided plenty of drama and excitement early in 2018, Ohtani will forever be a superstar in Japan. That makes the potential market for the card that much bigger.

It’s also going to make the hunt that much bigger — especially with a high bounty on it already.

And in case you were wondering why the prices of 2018 Bowman Baseball hobby boxes are so high out of the gate, this explains some of it.

If you pulled the 2018 Bowman Chrome Shohei Ohtani Superfractor autograph, would you take the $60,000 offer? Try and get more? Keep it? Let us know in the comments below or on Twitter with #Shoperfractor.

Kid Collector of the Week: Nolan from ...