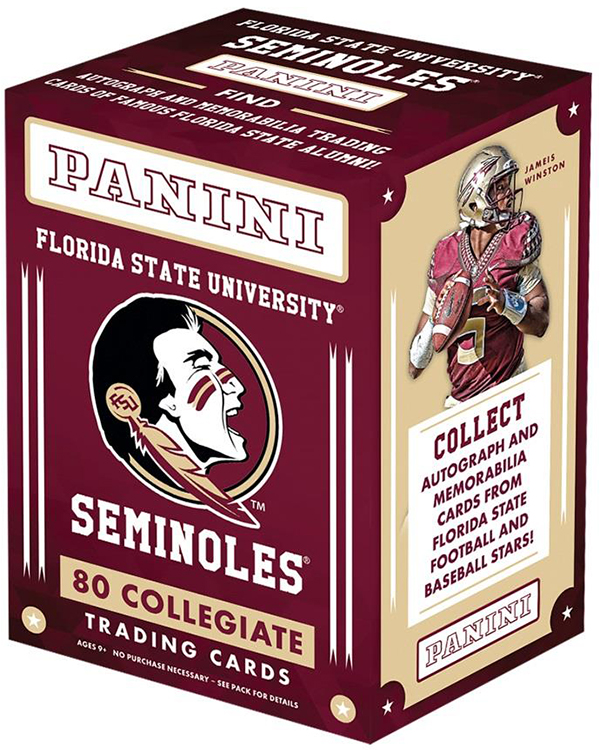 2015 Panini Florida State University trading cards delve into the history of the school’s athletic program. While much of the university’s recent years have revolved around Jameis Winston and the football program’s 2013 National Championship, there’s more to the school as far as sports go. This product focuses on both the recent and not-so-recent past, particularly when it comes to Seminoles football and baseball. Collectors can expect to find a little basketball in there as well.

Maintaining the same configuration as Panini’s other university-specific sets from 2015, both regular boxes and blaster boxes have either an autograph or memorabilia card and three parallels.

Besides Winston, Fred Biletnikoff, Deion Sanders, Sam Cassell, Buster Posey and Devon Travis are also included in the base set. It has a total of 80 cards. Each comes with Silver (/99), Gold (/25) and Black (/10) parallels.

Award winners, like Heisman and Golden Spikes recipients, are part of the Honors insert set. These also have parallels like the base set.

Similarly, autographs, such as Signatures, and memorabilia cards come with both regular versions and numbered Silver, Gold and Black versions.