Have a favorite basketball player? There’s a chance to get a card of them wearing the jersey of every team they have played for in 2013-14 Gold Standard basketball.

The set is back in mid-February with a 275-card base set and 25 short-printed variations.

Each 10-card hobby box will come with four autographs and one memorabilia card – leaving a lot of room to chase down that base set and variations.

The autograph checklist will consist of eight subsets including Ring Bearers (NBA champions numbered to 99 or less), autographed Rookie Cards and four never-before-seen subsets numbered to 199 or less.

There’s real gold in these boxes too.

Collectors can find one of 50 Solid Gold 14-karat gold cards. Metal cards are also back with a 90-player checklist. 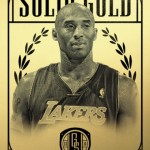 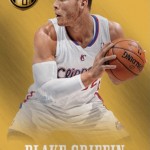 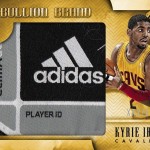 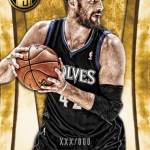 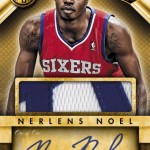 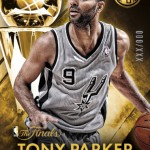 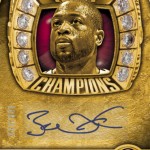 Who would you rather collect: Michael Carter-Williams ...