Collectors who pulled a Black Diamond Draft Card have no idea what they are going to get. 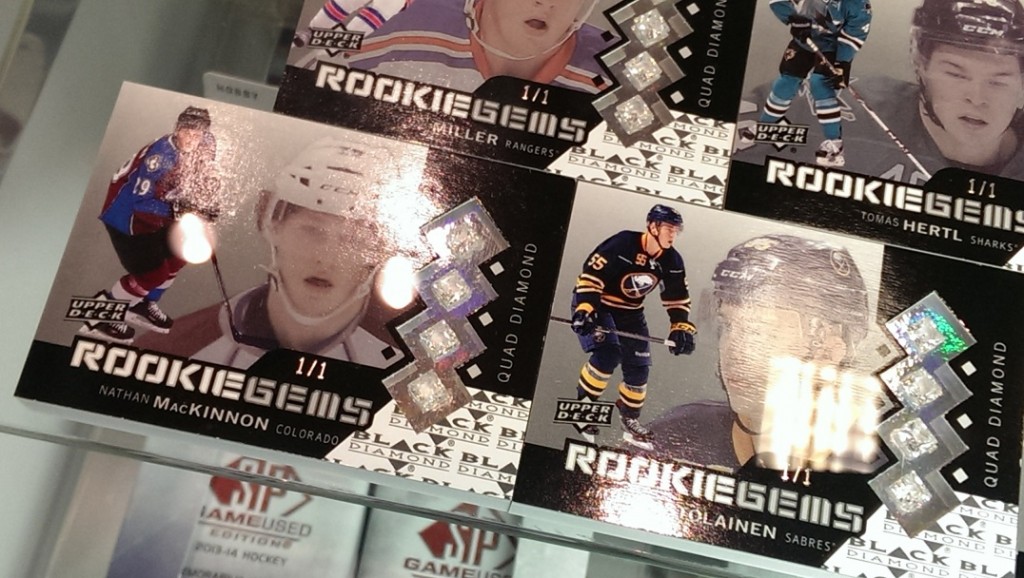 Sure, they know they are getting one of 25 cards – but the players still remains a mystery. Players on the checklist include Nathan MacKinnon, Tomas Hertl, Aleksander Barkov and Sean Monahan.

Those who have pulled the draft cards, and redeemed them, are entered into a draft held April 14 at 5:30 p.m. PT on Breakers.TV. They will be selected ping- pong style for the order. The participants then get to choose the Quad Diamond Rookie card they want based on the cards that are left.

If you are not able to participate in the live draft, a card will be selected for you based on a list of players submitted in the order of they players they want.

Fans who pull one of these redemption cards after the event, prior to them expiring, will receive one of the remaining cards at random. 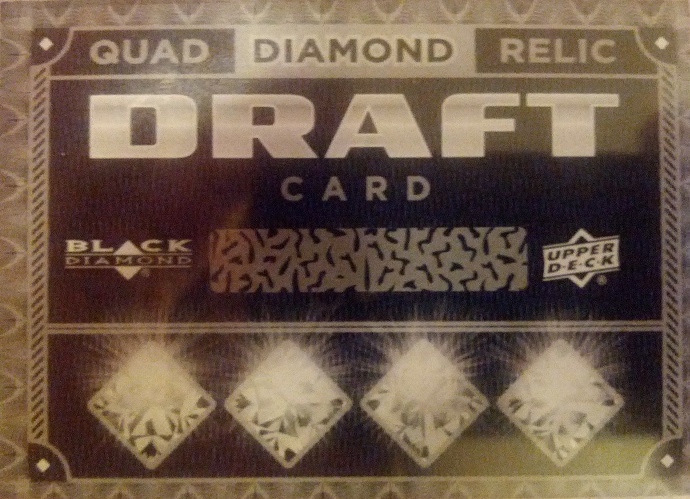