It has finally happened. Official Funko Pop! trading cards exist. However, the first ones aren’t exactly traditional in their distribution. They’re also extremely rare. And you need to buy a high-profile Star Wars autograph to get one. Welcome to the debut of Topps Star Wars Authentics Funko Pop trading cards.

The initial offerings both feature Kylo Ren, or rather cards of two different Kylo Ren Funko Pop figures. One has him in his mask, the other sans mask and with those trademark round black eyes. The design should have a sense of familiarity to it, at least for trading card collectors. It’s based on the set of cards that started it all, 1977 Topps Star Wars and its blue starfield borders. 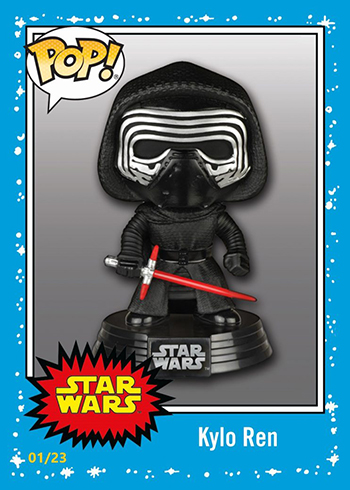 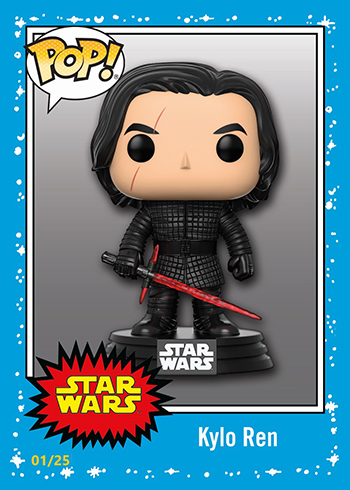 But you can’t buy the cards on their own. They’re a bonus for buying a matching Kylo Ren Funko Pop figure signed by Adam Driver. Like the cards, both masked and unmasked figures are available. The vast majority of Star Wars Authentics autographs are photos so these mark another branching out of sorts. 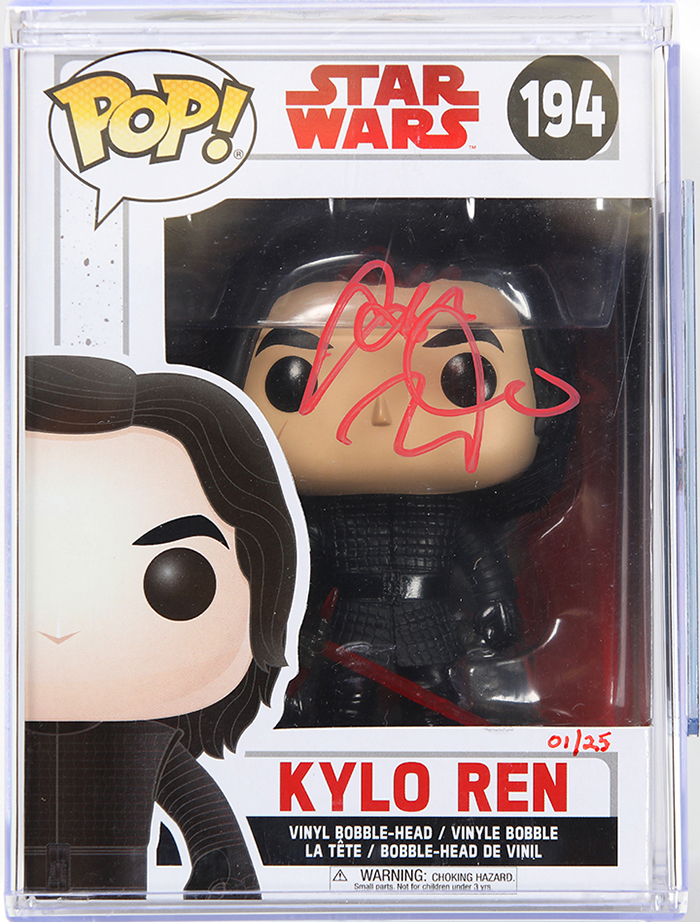