When it comes to baseball cards, Topps Heritage is one of the biggest sets each year. It taps into nostalgia like no other line in the hobby. That’s saying a lot considering so much of it revolves around the past directly or indirectly.

While you can see elements of Heritage in a lot of products across all sports (and entertainment sets), there’s really nothing quite like it.

This makes it one of the most beloved brands in the world of sports cards. It’s also one that’s not for everyone. And that’s exactly how it should be.

Every year in the first few days surrounding a new Heritage Baseball, I hear the same complaint (or a slight variation thereof):

“I busted a box and all I got was a boring relic card.” 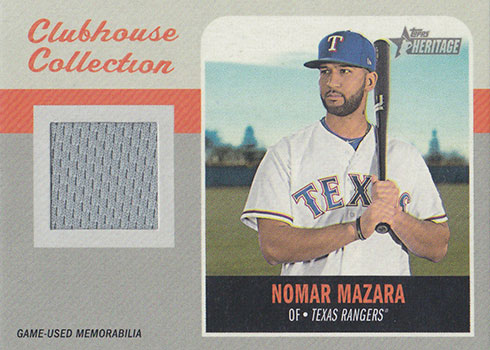 If your collection is focused almost solely on autographs and memorabilia cards, it’s perfectly legit reasoning. Heritage has some big cards in both regards but they’re tough. Autographs aren’t guaranteed in a hobby box. In fact, you’ll probably have to bust three or four 2020 Topps Heritage Baseball hobby boxes to land one. And even then, you might not get a name that impresses you.

But to totally dismiss the product because you didn’t find a good autograph or memorabilia card is missing the point of Heritage. 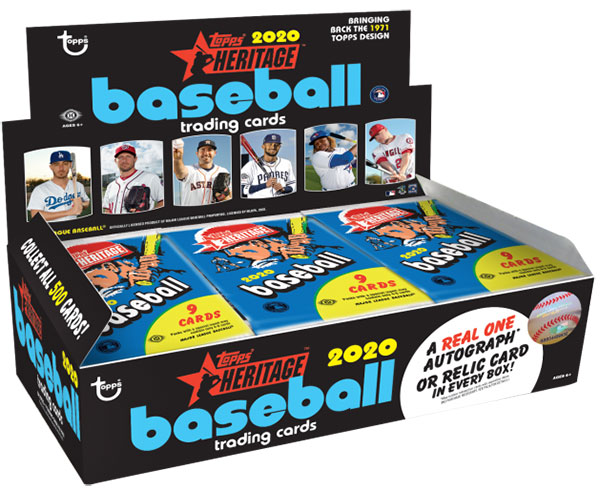 A Set to Savor

This is a line to digest. It starts with the nostalgic connection to the vintage set it’s based on. Every year, Heritage aims to have lots of nods to the original set beyond the design. Base cards are meant to be looked over closely, not shuffled past quickly. Flip them over. Read the backs. Study the stats.

Many collectors who are fans of the brand are set builders (yes, they still exist). They’re putting it together piece by piece, pack by pack, card by card. It’s a challenge with a good amount of depth. 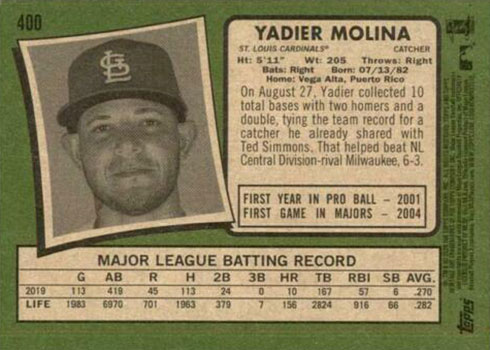 Granted, the structure of the set can be frustrating. In a lot of years, the short print high numbers are heavy on the superstars.

This is double-edged. For those looking to trade or flip, Heritage SPs carry solid value. When they’re stars, it’s even more so. And, generally, they’re pretty easy to move. On the other hand, if the stars are short prints, the common cards are often the less desirable players. Rookies also come into play here, but they’re speculative and many don’t pan out. So there’s a very real chance that after busting a box, the stacks could be barren of many big names.

If you’re going long on the set, that’s not a problem. Stars and commons are both welcome. If you’re trying it out or interested in other things, it’s understandable.

I’ve long thought of hits as a bonus in sets like Heritage. They’re nice to get, but if I’m going to bust more than a handful of packs, it’s because I’m looking for something more.

For those concerned about the “value” that comes with Heritage, there’s lots to look for. The hits might be the obvious one. But you’re going to need to dig to find out where it really is.

I’ve already mentioned the short prints. Add them up from a single hobby box and you’ll probably land more than you might for a common jersey card or two.

Next are the variations. Many of these are rare and you probably shouldn’t expect them. Most hobby boxes have an Action Variation, though. If you get one of the solo rookies, there’s plenty of meat there. Should the odds land in your favor, the rare variations can bring big prices — hundreds if it’s a Throwback. 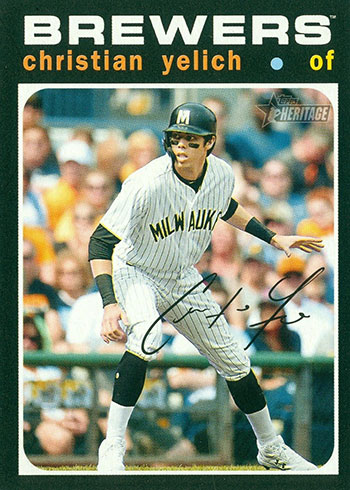 I don’t want to give false hope here. The Throwbacks have so much value because they’re tough. Ripping open a box or even a case expecting one isn’t realistic. But they are part of the broader checklist depth. They don’t stand out like a patch or an autograph, but the right player and you’ve got plenty of monetary value.

The point here is look closely. Even if you think your box is a dud, there’s probably several things other collectors are looking for. You might not “make your money back” every time and it might take more work than flipping an autograph, but there is value if you know what you’re looking for.

Many collectors who dig into Topps Heritage see value in a totally different way. They’re not necessarily concerned with what their box hit will bring on eBay. The value is in the entertainment. Breaking a stack of packs, looking at the cards, putting them in order, making up lists and hunting for more — for many card collectors, that’s why they do it.

For these collectors, getting a stack of needs from their wantlist in a box is worth more than what they could sell them for. They’re probably not looking to sell anyways. It’s simply a different perspective.

The hobby is built on many different types of collectors. While many of us have similar tastes and preferences, there’s a lot of personalization in the hobby now as well. Thirty years ago, all sets were very similar. Even as the number of sets grew, until the mid-’90s, the basic structure of mainstream sets were the same even if the materials were different. Sure, I could choose between a slick set like Leaf or Stadium Club and “cardboard” sets like Topps or Donruss. But if you looked at the essence of every set, there were more similarities than differences.

Today’s hobby is built on niches. Some are more broad in their appeal than others, but today’s sets have a lot more variety than they did through the 1980s and into the early part of the ’90s. That’s part of the reason why there are so many different sets now. They really are different.

It’s important to look closely at not only what a set offers but what type of collector it’s targeting.

When the checklist is primarily hits, it’s pretty easy. If it says Bowman on the front, the prospecting nature is also implied.

Whether you’re digging into the content here, another site, talking online or browsing at the shop, there’s no shortage of avenues to get the details on these sets. When applicable, even a cursory glance at the pack odds on the side of a blaster or wrapper can give you an indication of what you can expect and what have long odds.

Know What You’re Buying Before You Buy It

Heritage is nostalgia. It’s set building. It’s going back to a distant time. The charm often is in the details.

Collecting today can be confusing and overwhelming. But it’s also targeting individual tastes like never before. It’s important to look at a set closely before you dive in. If you’re a fan of action movies, a costume drama with “Jane Austen” somewhere in the tagline is going to be a tough sell. That doesn’t mean you should immediately dismiss something outside your usual tastes, but maybe take it slow before diving in with several boxes.

And just because it’s not what you’re used to or other products out there, it doesn’t automatically mean that it’s terrible. Sometimes it is. More often, though, it’s more a matter of taste and preference.

Just because there’s a lot of hype surrounding a release, that doesn’t mean it’s going to be for you. Heritage fans only get a couple chances a year to chase their brand in baseball. It’s fair they get excited.

While it’s far from the most expensive set in baseball cards, it’s easy to drop a lot of money on Heritage boxes and packs. That’s a good reason to look at it closely beforehand. Study checklists, watch breaks, chat with your hobby friends, look at the odds. Doing this ahead of time will limit your risk. It will give you reasonable expectations. It might even convince you to skip a product all together. It’s better to do that than spend a lot of money and not be happy.

This goes beyond Heritage and into every product in the hobby today. Get to know what a product’s like and who it’s aimed at. Discover what you like. If those two match, your chances of liking something will go up big. You’ll also find yourself avoiding things you don’t like, which is really another win.