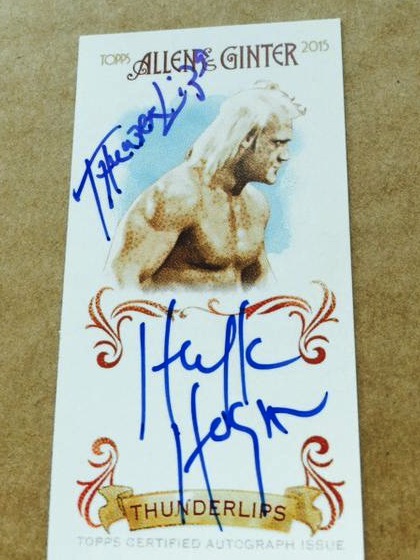 Hulk Hogan is signing autographs for the 10th edition of Topps Allen & Ginter baseball cards, according to tweets from Celebzdirect, the Florida-based agency that handled Hogan’s signing. 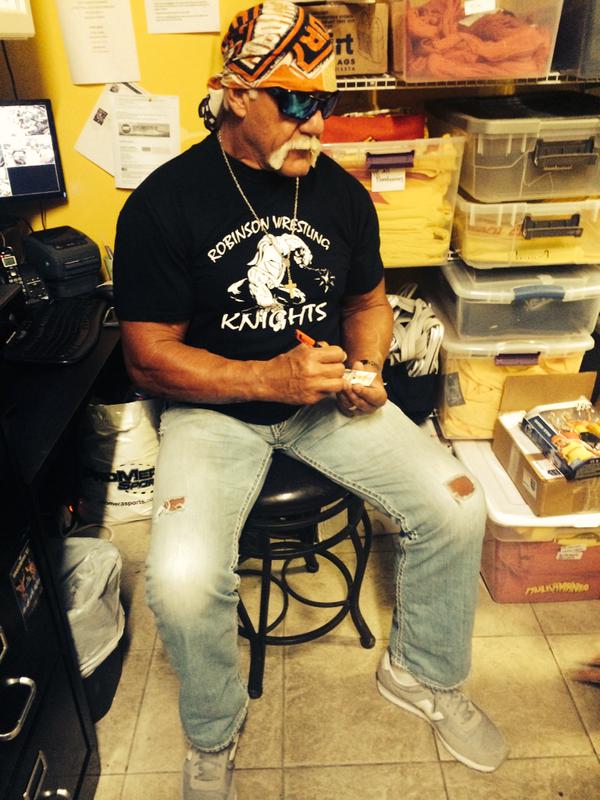 The cards will include a nameplate that reads Thunderlips and at least one will be inscribed with the name of Hogan’s character in Rocky III. In that 1982 film, Hogan plays a big-talking wrestler who roughs up Sylvester Stallone‘s Rocky in a charity fight between boxer and wrestler.

Stallone already has signed cards for the release, which is set to arrive on July 22.

The Ginter set is a throwback to the tobacco cards of the same name from the 1800s that featured athletes from several sports. Also signing for this one will be future Hall of Famer Ichiro Suzuki — his first autographs from Topps — and, according to Celebzdirect, actor Val Kilmer‘s autographs also will be found in packs along with hockey star Jeremy Roenick. A preliminary checklist was not released by the company.