Star-studded Saturday autograph lineup has something for everyone 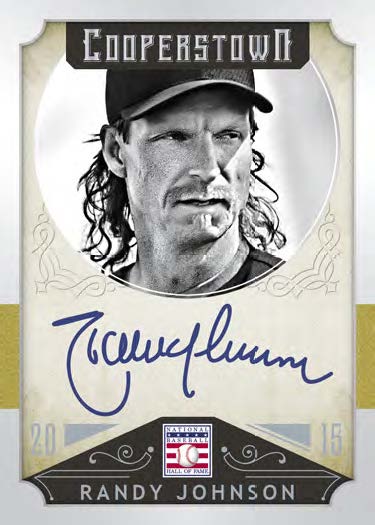 The TRISTAR Autograph Pavilion has been extremely busy thus far this week at the 36th National Sports Collectors Convention in Chicago and the demand for some of the world’s most iconic athletes will be strong on Saturday.

While recent Baseball Hall of Fame inductee Pedro Martinez had to cancel his appearance at the show, his fellow Class of 2015 members Randy Johnson and John Smoltz are ready to meet their fans. Throw in other prominent names from the national pastime such as Rickey Henderson, Cal Ripken Jr., Bill Mazeroski, Reggie Jackson and Mike Piazza along with a trio of Chicago Cubs teammates in Andre Dawson, Greg Maddux, and Rafael Palmeiro.

Some fans in attendance may be surprised to see a very controversial guest as Hulk Hogan will be making an appearance after recently being fired by World Wrestling Entertainment for comments he had made. Fans of the squared circle will be able to meet 16-time world champion Ric Flair along with boxing legend Mike Tyson.

Who else will be among Saturday’s crew of signers? Find out more after the jump.

Collectors that purchased the VIP package for the National will have the chance to obtain a free signature from Derek Bell, Cecil Cooper, Dexter Jackson, and Football Hall of Famer Jan Stenerud on Saturday.

The complete Saturday schedule for TRISTAR’s Autograph Pavilion is as follows:

Young collectors get the spotlight in Panini ...