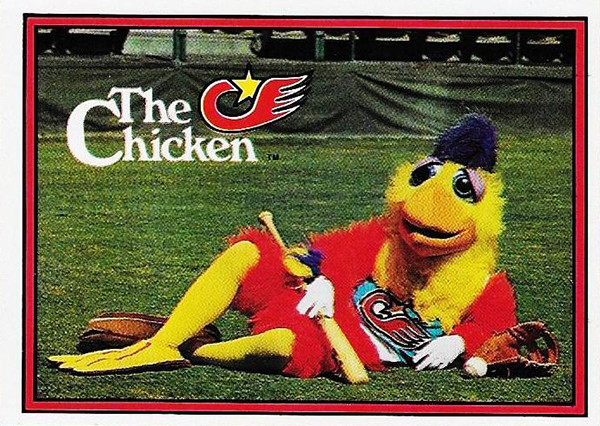 There are mascots and there’s the San Diego Chicken. When you think of baseball in the 1980s, the Famous Chicken is up there with the likes of Darryl Strawberry, Dale Murphy, Nolan Ryan, Rickey Henderson, Cal Ripken and Dave Winfield, to name a few. And he did so simply by entertaining crowds.

But as famous as the San Diego Chicken is, he doesn’t have as many baseball cards as you might expect. In fact, other than a few very recent rarities, it’s possible to get a full run of major San Diego Chicken cards without having to spend much money or effort.

In case you need a primer on the San Diego Chicken’s accolades, here they are straight from the beak:

And if that wasn’t enough, sit back and remember the joy of The Baseball Bunch where he starred with Johnny Bench:

The first San Diego Chicken cards date back to 1979 and 1980 with a couple of Padres team issues. Donruss included the mascot in their sets from 1982 to 1984. These are his most prominent and easy-to-find cards. Since then, there have been a couple of sporadic cards but not much.

That changed with 2016 Donruss Baseball where the San Diego Chicken played a big part. First, there’s the base set and its many parallels. Getting the most attention, though, are the memorabilia cards featuring pieces of his costume. These are proving to be strong sellers on the secondary market thus far.

In case you’re looking to build a collection of San Diego Chicken cards, here’s a checklist of what’s cataloged in the Beckett Baseball Card Database. 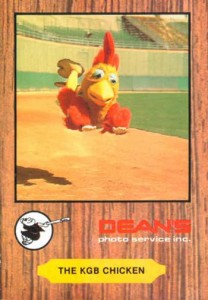 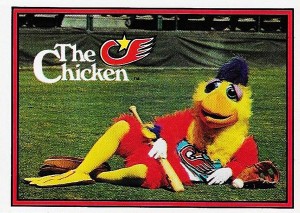 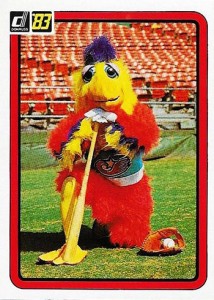 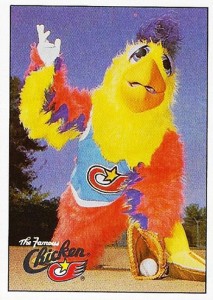 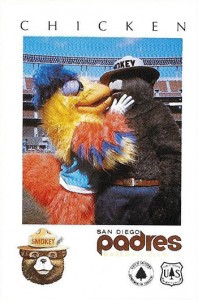 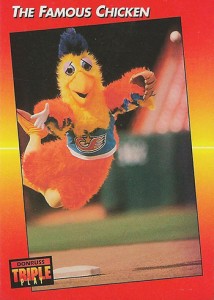 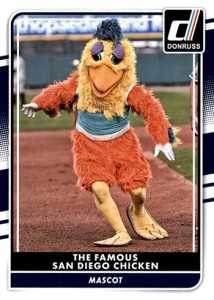 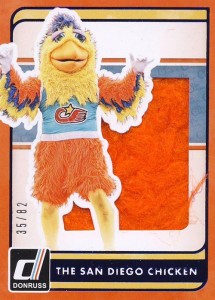 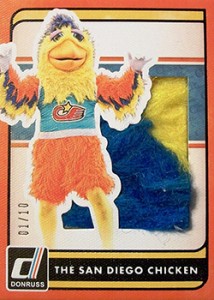 In addition to these, you might find the iconic mascot as part of the background of some other cards, such as this 1992 Upper Deck Cecil Fielder: 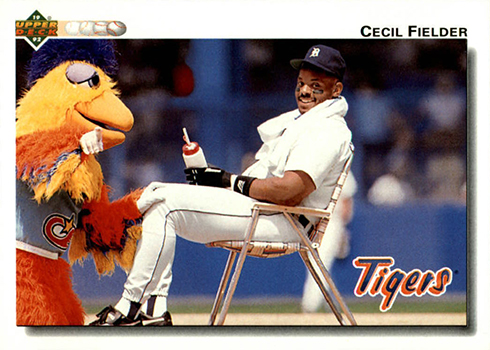