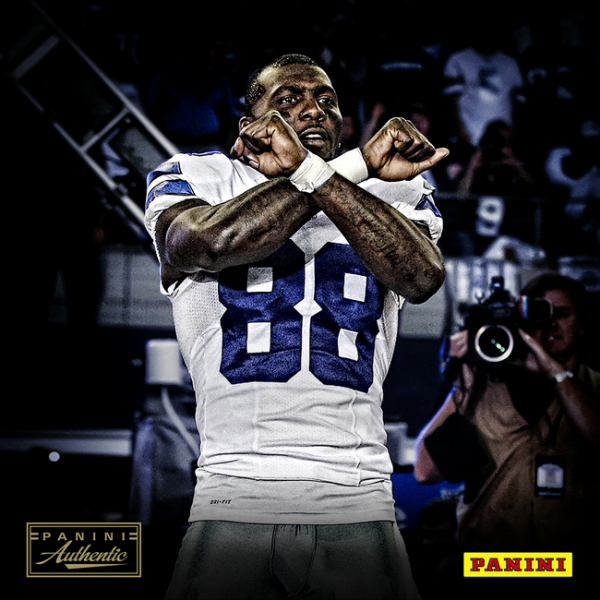 One of the Dallas Cowboys’ biggest stars is staying in Texas no matter what — as an exclusive player with Panini America.

Dez Bryant signed an exclusive multi-year card, autograph and memorabilia deal with the Irving, Texas-based company. The deal with the star wide receiver was announced on Monday.

Panini already has a game-used memorabilia deal with the Cowboys and now it has one of its top scoring threats signed where his autographs will only be found in its products. He’ll also be showcased on the packaging of products from the company.

“Dez Bryant is one of the most dynamic players in the NFL today and since he plays right in our backyard, we’ve had a front-row seat to his brilliance,” said Mark Warsop, Panini America CEO, in a prepared release. “We first met Dez at the 2010 NFLPA Rookie Premiere and we’ve enjoyed the chance to work with him in the years since. We welcome him into the Panini family with open arms and are confident that our new partnership will benefit Dez, benefit us and – most importantly – benefit fans and collectors.”

Bryant caught a league-leading 16 touchdown passes last season and has 56 for his career.

“I’m honored to join the Panini America family – they’ve been good to me since I entered the league and they do amazing things that get our fans involved,” Bryant said in a prepared statement. “It’s about the fans, which is something I’m very passionate about and I’m excited to get to work.”