Money in the Bank: Floyd Mayweather Autographs Coming from Topps and Leaf 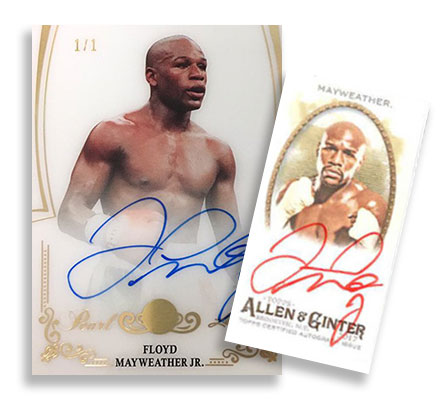 Floyd “Money” Mayweather is boxing’s biggest draw. He has been for some time, racking up a career record of 49-0 in the process. However, with the sport outside of the hobby’s mainstream, there aren’t many Mayweather cards out there, period. Except for a couple of cut signature cards, he has no autographs.

But that’s about to change.

Both Topps and Leaf have Floyd Mayweather autograph cards on the way.

2017 Topps Allen and Ginter is the first place his signed cards will be found. He has base cards in the product as well. While the product is primarily baseball, there’s a strong history of including athletes and champions from other sports and even the larger pop culture spectrum. 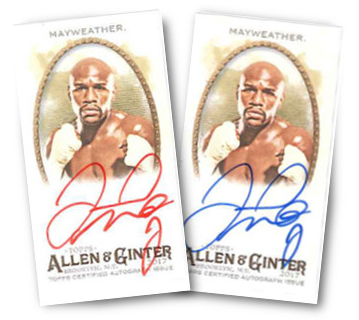 Allen and Ginter is scheduled to release on July 19, about a month before his blockbuster match with UFC’s Connor McGregor.

In an announcement, Topps also said they’ll be including Mayweather autographs in other products in the months ahead.

Leaf has also signed Floyd Mayweather to an autograph deal. For starters, they teased an on-card autograph for 2017 Leaf Pearl. 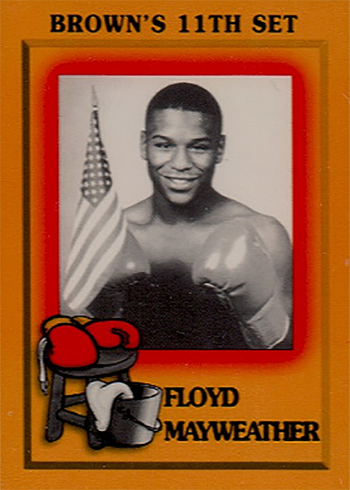