Kris Bryant gets his own Topps wall art line 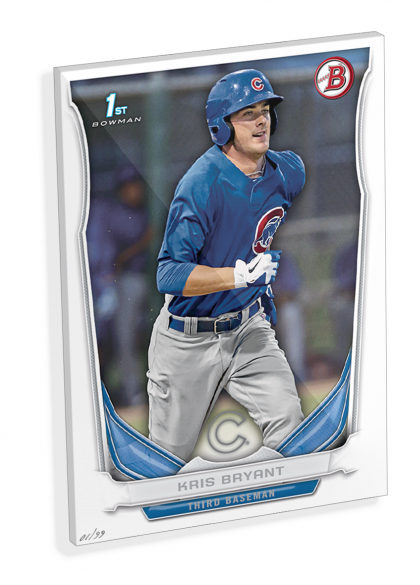 Kris Bryant is kind of a big deal — even bigger as wall art.

The Chicago Cubs rookie made his big-league debut last week and on Monday Topps released a series of five wall art prints showcasing the third baseman’s 2014 Bowman card design as an oversized piece of acrylic. 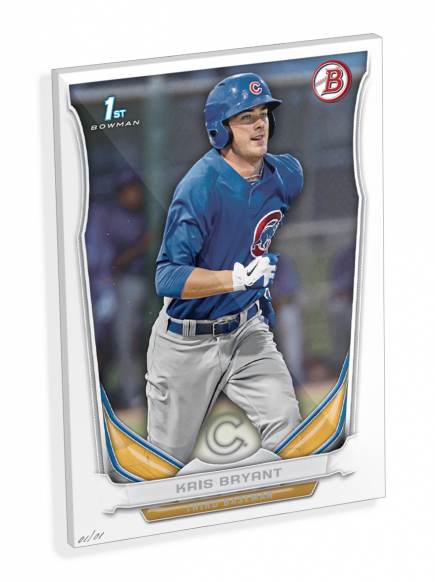 Available only on Topps.com, these pieces are 10- by 14-inch reproductions of his card printed on 1/4-inch thick plastic that includes a wall mount on the back. Each piece is serial-numbered.