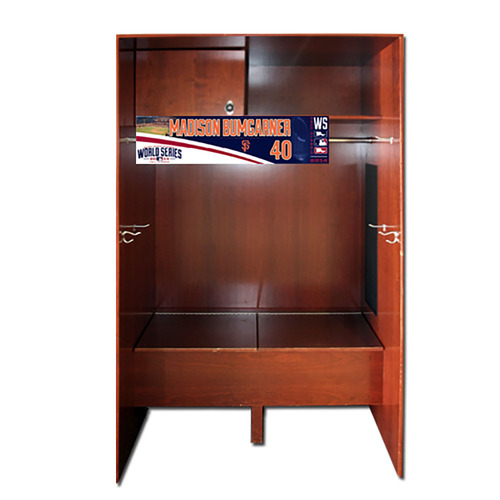 What do you get for the San Francisco Giants fan who has everything? What might make for one different kind of MLB memorabilia card?

The answer to both just might be on the auction block right now as the Giants are auctioning off their players’ clubhouse lockers complete with a sample World Series nameplate for each one. A total of 38 lockers are up for grabs in the sales, which have more than five days remaining via MLB Auctions.

Bidding on each locker opened at $500. 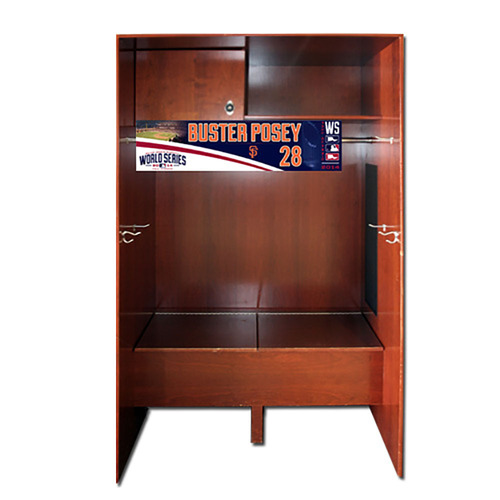 Each locker is authenticated and stickered by MLB, though their nameplates are not — those are merely display pieces (samples) to help identify each wooden domain once it’s away from the stadium.

The leader in the clubhouse — pun completely intended — is World Series MVP Madison Bumgarner, whose locker sits at $3,000 after 23 bids. Several players’ lockers sit at $500 with no action at the moment, while catcher Buster Posey is the second-highest locker thus far with bidding sitting at $2,510 after 24 bids.

The lucky winners won’t have to pay shipping on these bad boys but they’d better be close to the Bay Area if they intend to add these to their collections. The lockers are for pick-up only and will not be delivered.