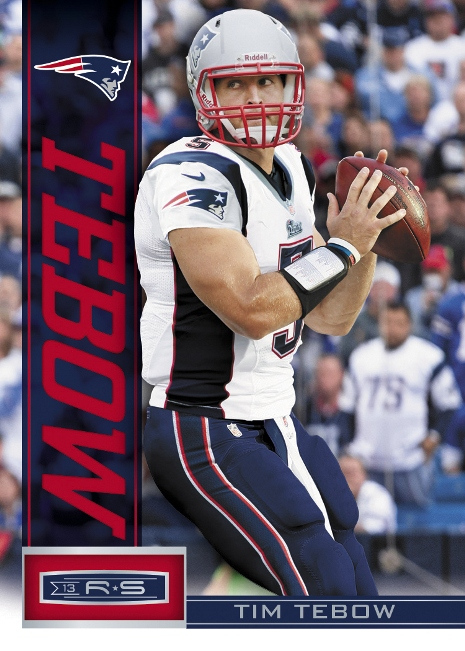 Fan favorite and college football legend Tim Tebow is returning to the NFL.

He will sign a contract with the Philadelphia Eagles on Monday, according to Fox Sports. The Eagles have quarterbacks Mark Sanchez and Sam Bradford.

There are 1,965 cards in the Beckett Online Price Guide, including 569 autographed cards and 36 Rookie Cards.  The total value of his cards, excluding those too rare to price, is more than $39,400. 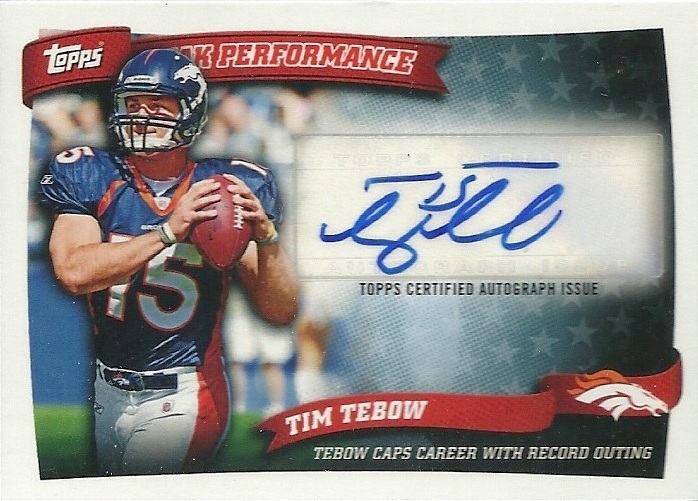 Tebow won two national titles and a Heisman Trophy at Florida, then was picked by Denver in the first round in 2010. He became a sensation in 2011 and led the Broncos to a playoff win. He played for the Jets in 2012 and was in training camp with New England in 2013.

Tebow then worked at ESPN as a college football analyst. He completed 173 of 361 passes for 2,422 yards, with 17 touchdowns and 9 interceptions, for a passer rating of 75.3 in the NFL.

Kris Bryant gets his own Topps wall ...