In the mid-1990s, the Internet was a different place. We were greeted by the whir of the dial-up modem, hoping that a sibling wouldn’t pick up the phone and call their friend to talk about the relationship status of Ross and Rachel on Friends. The World Wide Web was a new concept for the masses, often brought to us in the form of discs and CDs with a brand marked “AOL.” 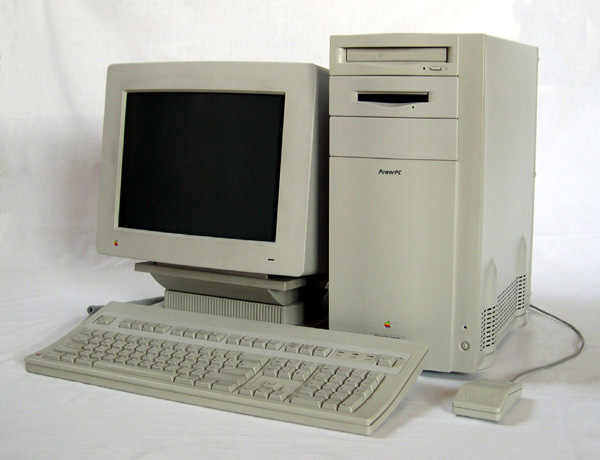 Getting a page to load in under 30 seconds was considered a win. Being able to stay online for 30 minutes without being cutoff was early Internet nirvana.

It was like the Wild West in early cyberspace. And with it came spinning logos, animated lens flares and some truly ugly websites. Thanks to the Internet Archive, we can look back to see what the online hobby looked like nearly 20 years ago. Let’s just say, it wasn’t pretty. But it’s good for a laugh today.

We’re going to head back to 1996 and see what the sites looked like for some of the sports card manufacturers and what they offered. So crack out that Better Than Ezra CD, put on that bucket hat and let’s go back in time.

We’ve highlighted some key components but you can click on the links to experience the glory of the 1990s for yourself.

While there’s not much to the Topps site circa 1996, there is a flip phone so it wins the day. And that 40th Anniversary Football logo — it shimmers. 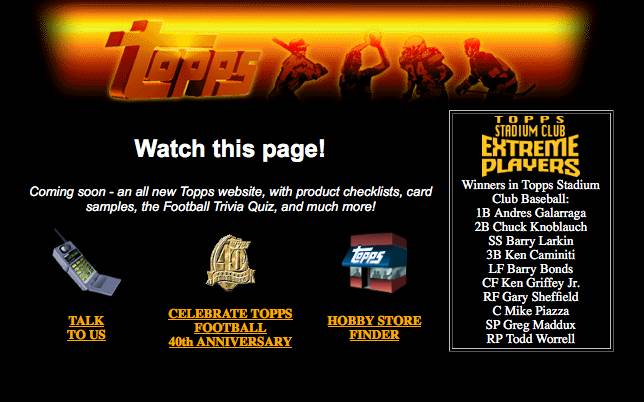 Needless to say, there isn’t much info here. The hobby shop finder is a handy tool, but there isn’t anything highlighting products outside of a couple of programs.

The most interesting part about Topps’ early foray into the World Wide Web is that flip phone. The link leads to a simple but potentially telling survey that the card maker could use to gather customer information, buying habits and preferences.

Hello spinning logo with a side of lens flare! If that’s not the most ’90s thing you see today, you’re watching too much Saved by the Bell.

It’s a little bit chaotic at first glance, but Upper Deck crammed a lot into the early versions of their sites. Product details, checklist and card images can all be found. Things were totally consistent at this point and there’s not a lot of organization, but there is a foundation. 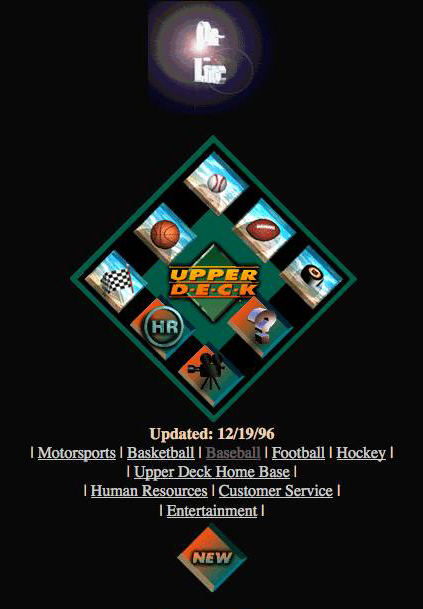 And as great as it is to find all of this info (including some vintage Space Jam), the checklists do exemplify why we don’t use tiled image background very often anymore. 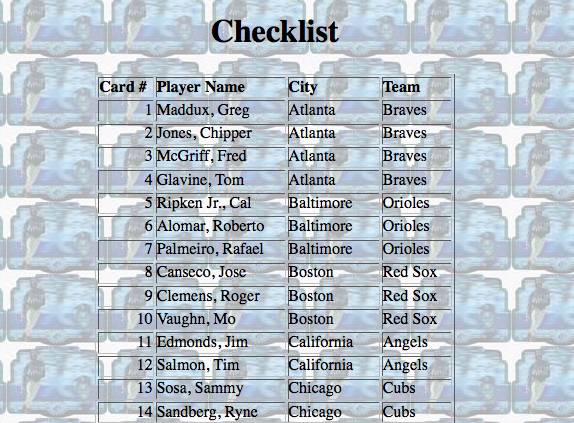 Not the easiest to read, is it?

Even still, Upper Deck was an early leader as far as using the Internet to get information out there. You just had to look around a little to find, which probably led to a few sidetracks.

According to the Wayback Machine, Donruss didn’t have an Internet presence in 1996 — at least they don’t have one on file. So let’s cheat and look at 1997. 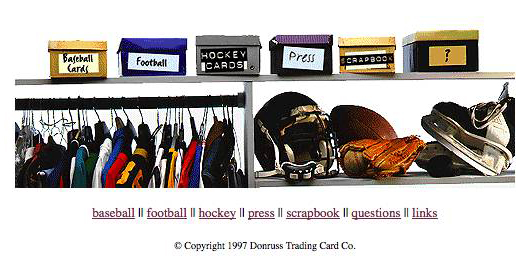 Dancing shoe boxes! How’s that fox mixing nostalgia and the newfangled Internet. As far as early designs go, this one’s not bad. Product pages are a mixed bag with some offering full information and others just the basics.

While it’s somewhat hard to navigate, a lot of the aesthetics aren’t bad.

The Press Section even unlocks one of the hobby’s great mysteries — 1997 Leaf Baseball Fractral Matrix. It doesn’t totally explain what’s probably the most complicated parallel set ever, but it breaks it down a little.

For hobby historians, clicking through to the Scrapbook offers a timeline of the company’s history up to that point.

Like Donruss, for Fleer we had to jump ahead in time a bit. The first record of their website we could find was from 1998. It’s still early Internet gold. At this point, the now-defunct manufacturer still went by the dual Fleer/SkyBox name. Scottie Pippen dominates the low-key splash page, which directs visitors to pick from sports, games and entertainment. Alex Rodriguez, Star Trek‘s Enterprise and a Rob Liefeld rendition of Captain America showcase some of the company’s other licenses. 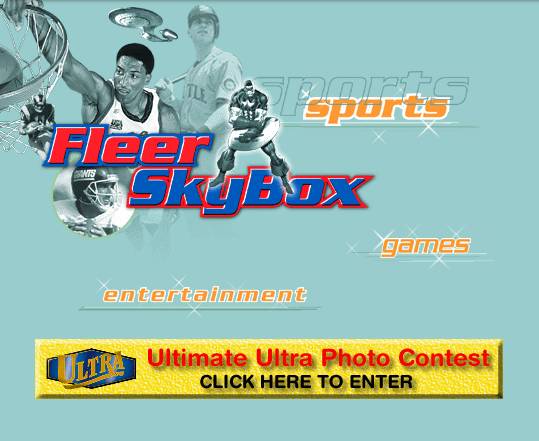 Clicking on “Sports” brings up an rotating logo. It shows why some of us who are older than 30 might have been a little slower to fully embrace the current GIF craze. Pardon us if we didn’t understand what the big deal was at first. With dial-up, we had to sit and wait for a couple of minutes for something like this to load. Consider this our generation’s “I remember when this cost a penny!” and “We had to walk to school uphill both ways!” moment.

Beyond the spinning logo, there’s a bunch of generic clip art. Even for 1998, this is pretty bad. But almost everything about the 1998 Internet is bad.

Each sport doesn’t have much beyond a release schedule. But that basketball lineup! 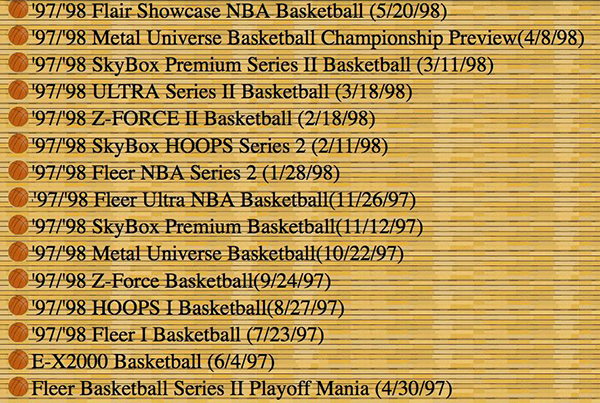 Yes, we all wish we could go back and grab a few of those cases to sit on.

Wait a second! Those seemingly inconspicuous bullet points are actually links. There actually is some useful information on this site. One would think that linking the text would make it more usable, but 1990s Internet was more concerned with spinning logos.

It ends up that each product gets its own page with details, press releases and insert highlights. Lots of these graphics are gone now, but it’s fun to see some of the original materials for the first Precious Metal Gems and 1997 Flair Showcase Baseball.

Pacific was one of the first card companies to embrace the possibilities of the Internet with 1998 Pacific Online Baseball. Cards had codes that let you enter a contest. The funny thing is that I can’t find a record of Pacific having a web presence in 1998. Those code cards pointed to the old MLBPA site and team pages. The earliest we can look back on them is 2002.

It almost seems unfair to compare it to sites from five years before. Of course we’re going to do it anyway. 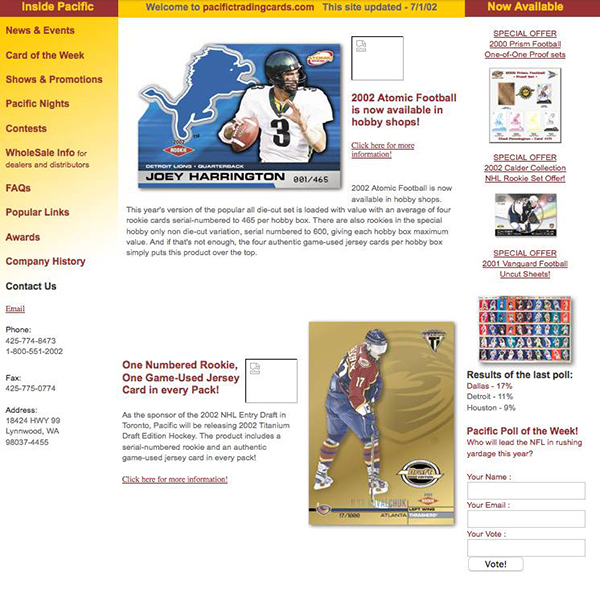 By this point, the Internet was a full-fledged industry. Having a site was the norm and no longer consider high tech. So it’s understandable that this site isn’t bad. And even though it’s somewhat plain, it’s functional and does have clean design components. And rotating logos are nowhere to be seen.

One major problem exists, though. You can only get information for a couple of then-current products.

That’s all for now. Once the flux capacitor is recharged, we might head back to “Beck World” at some point.

Kid Collector of the Week: Eleanor from ...