Marvel Comics is celebrating its 75th anniversary this year

Each box of 2014 Marvel Universe will come with 24 packs and five cards in each pack. Each box will also include one color sketch card of a top hero or villain from the Marvel world such as Spider-Man, Iron Man, Captain America, Thor and others. More than 100 artists will contribute to the set.

Rittenhouse offers incentive bonuses for those buying a case or more.

Each case will come with a topper of a lenticular card of Bishop/Apocalypse.

2014 Marvel Universe is scheduled to come out April 16. 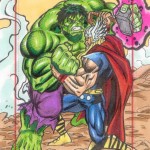 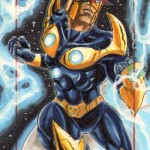 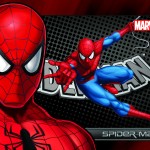 Wacky Packages to get the chrome treatment ...