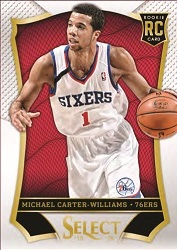 Select basketball is coming back for another go-around from Panini.

The second year 2013-14 Select Basketball will feature new Purple and Blue Prizm parallels and a chance at autographs.

Each box will come with 14 packs with six cards in each pack. Each box will have two autographs, two memorabilia cards and six Prizm parallels.

Two of the top inserts in Select will be Sky High and White Hot. These cards feature many of the top players in the NBA on colorful cards. Collectors can expect the rare Prizm parallels of the inserts to be chase-worthy.

Every card in the product will have at least one parallel, including 1-of-1 Black Prizms.

Select is scheduled to come out on June 25. 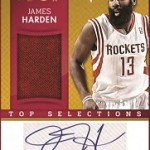 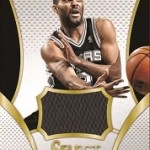 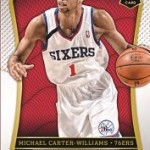 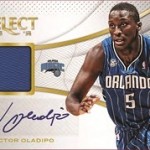 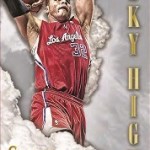 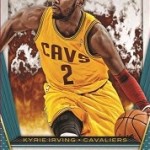