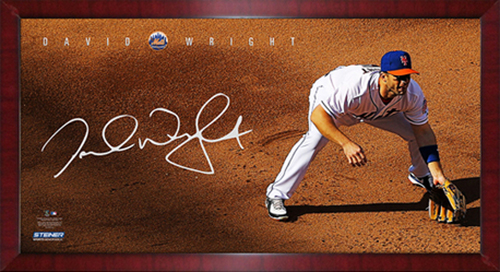 Steiner Sports has added another New York-based athlete to their roster of exclusive athletes. Mets captain, David Wright, has signed an autograph deal with the memorabilia company.

As part of the deal, Steiner is releasing the David Wright Autograph Collection, consisting of pieces like signed photos, baseballs, bats and other pieces of gear. Wright will also make special appearances at public signings and other events.

“David Wright has been the cornerstone of the New York Mets franchise for over a decade and has led the team’s talented young core into a new era of success,” said Brandon Steiner, the company’s CEO.

What’s More Important, the Cards or Who ...