Saying that Dale Earnhardt Jr. signed for a Press Pass NASCAR product isn’t really a headline these days — but in the past it might have been.

Saying that Junior signed a little something extra with his signatures? Now that’s a keeper — and the keepers will be found in 2011 Press Pass Stealth, which will include a salute to the military when it arrives on June 1.

The No. 88 Chevy driver added inscriptions “God bless our soldiers” as well as “Semper Fi” to some of his signatures in the product as well as a simple “Thank you” that will be found in packs along with other drivers who signed messages for members of the military (or their families) who might find their cards.

The product — “for those who serve and collect” — will also include commemorative insert cards for the Army, Navy, Air Force, Marines and U.S. Coast Guard as part of the product, which will feature a military-inspired design.

Every 24-pack hobby box will include one autograph and one race-used memorabilia card. Bonus hits will include selected U.S. Military cards or POW/MIA commemoratives. 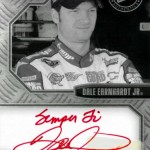 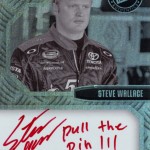 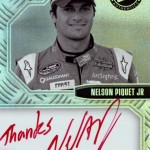 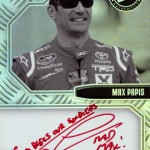 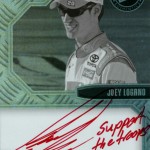 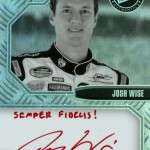 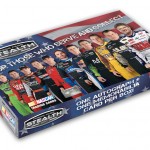 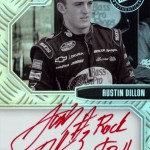 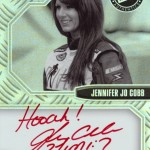 Here’s a promo video of the product from Press Pass:

Card shop adds another dimension to its ...