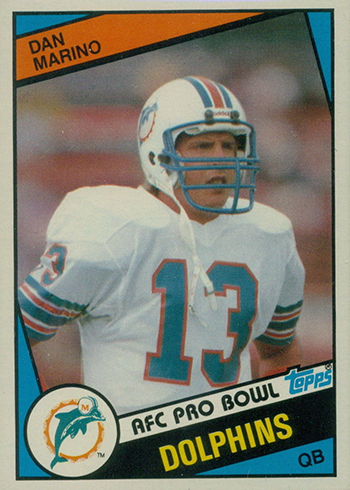 If one of your kids turns 18 today, things like looming college tuition, driving skills and prom garb are somewhere on your mind. There’s probably some reflection on when those tall teenagers were teeny babies who cried at all hours, had no concept of what the bathroom was and could melt your heart at the slightest of smiles.

It has been 18 years exactly since Dan Marino won an NFL game, a 20-17 playoff tilt against the Seattle Seahawks. Marino and the Dolphins had one more game, but it’s probably best not to remember. The Jaguars knocked Miami out of the playoffs with a 62-7 drubbing.

Marino is one of the names that pops up when you think of great athletes to never win the big game. There’s no doubt about how good a quarterback Dan Marino was. He was one of the best, not only of his generation but all-time. But the lack of a Super Bowl ring ads a, “Yeah, but…” to an otherwise stellar career.

Dan Marino also managed to transcend football and become a household name with non-NFL fans. There were endorsement dealers, commercials and even a role in Ace Ventura: Pet Detective, the film that made Jim Carrey a superstar.

The 1984 Topps Dan Marino Rookie Card is one of the keys to a classic set. He shares the checklist with the Rookie of another quarterback great, John Elway. As far as football cards go, they’re two of the most popular put out in the decade.

Prices for Marino’s RC aren’t too extreme these days unless you’re looking at a top-end graded copy. That doesn’t take away from its status as one of the sport’s most iconic cards.