2020 Topps Transcendent Captain’s Collection Baseball is all about Derek Jeter. That means several low-numbered autographs from the Hall of Famer in every box and an exclusive VIP event with Jeter as the special guest. All told, boxes have 14 autographs. That might sound like a lot — and in some ways it is — but the production run for the set is limited to just 40 boxes.

Transcendent is a place where premium is an expectation. With that in mind, virtually all of the autographs in the Captain’s Collection is numbered to 3 or less.

The Captain’s Career Autographs commemorate 40 of the biggest moments in Jeter’s career. All cards are framed. Combining to land six per box, base versions have three copies each. Parallels come in Pinstripe (/2) and Gold (1/1). 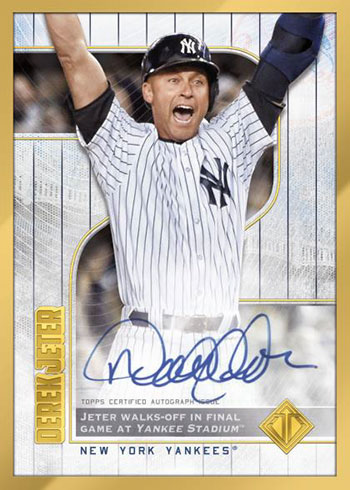 Final Season Autograph Relics are five per box. Available with one, two, three and four swatches, these use a variety of pieces of game-used gear from 2014. No matter the amount of memorabilia, three copies of each base version exists. There are also Pinstripe (/2) and Gold (1/1) parallels. 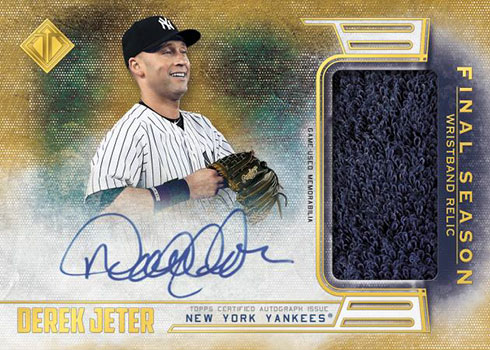 For the main Final Season Autograph Relics, swatches are a mix of bats, cleats, gloves, wristbands and more. Dual autograph relics have pieces of bats and batting gloves. Triple and quad versions use a variety of pieces. 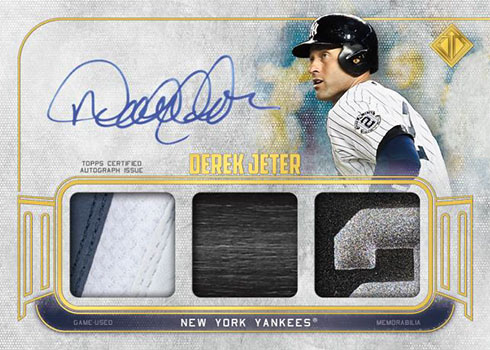 Key hits are part of the 3,000 Hits Autographs checklist. Each box has one of these one-of-a-kind cards. 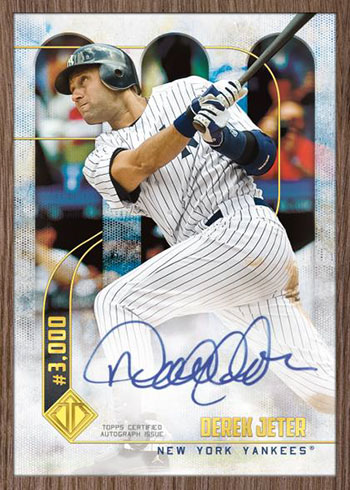 Another one-of-one in every box is a Derek Jeter Autograph Patch card. These have an on-card signature and a large swatch from a uniform worn by Jeter (as opposed to game-used). 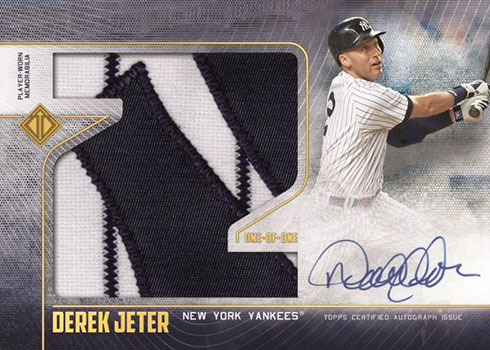 The only autograph in Transcendent Captain’s Collection that has more than three copies is a 1993 Topps Derek Jeter RC Autograph Buyback. These take an original flagship Jeter Rookie Card and add both a signature and a special stamp noting it’s from this product. There’s one in each box making for 40 total copies.

The Captain’s Career has a version without autographs. This makes up the base set. All 40 are in every box. Cards, which have 40 copies each, come in frames. 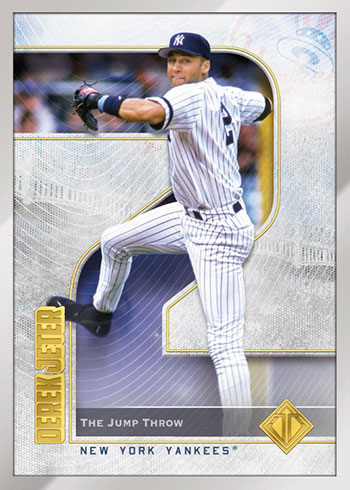 Every Topps Transcendent product includes a special party with big-name guests. Appropriately enough for a set that’s all about Derek Jeter, he’ll be in attendance at this one.

The date and location of the VIP event has not been announced.

The full 2020 Topps Transcendent Captain’s Collection checklist will be up as soon as it’s available, likely shortly before the set comes out.