“Ultimate” is a strong word to live up to. It sets some big expectations that require follow-through. 2019-20 Upper Deck Ultimate Collection Hockey aims to do so with a checklist that has lots of high-end elements. This means a heavy emphasis towards on-card signatures and high-end memorabilia.

Three out of every four cards in a hobby box are either autographs, memorabilia or autographed relic. This includes one rookie autograph or a rookie memorabilia autograph card.

The main set has a few different sections that encompass the NHL’s present, past and future. Veterans are numbered to 149 while Legends have just 99. Onyx Black parallels are have just ten and five copies, respectively. On top of these, select cards also have autograph (Veterans – 1:10 packs, Legends – 1:30 packs) versions. Veteran Auto Shield Patch and Shield Patch cards are all one-of-ones.

Rookie Cards fall under the Ultimate Rookies banner. These have multiple levels with print runs of either 299 or 99 copies.

Ultimate Rookies Autographs all have on-card signatures. Similar to unsigned cards, these are limited to 299 or 99 copies, depending on the player. 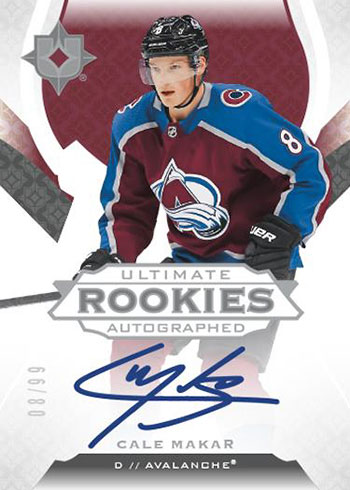 Autograph Patch parallels bring those numbers down to 99 and 49 copies. One-of-one Autograph Shield Patch versions are exclusive to hobby packs and won’t make their way to Upper Deck’s e-Pack platform. 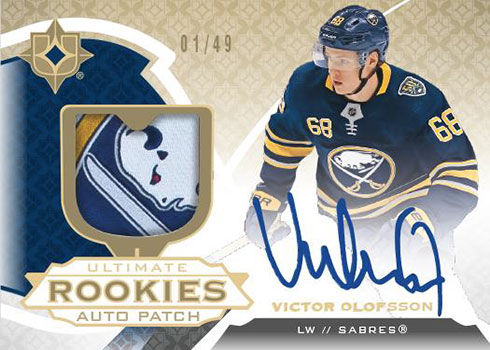 Rookie Accents is a new addition for 2019-20 Upper Deck Ultimate Collection Hockey. As the name suggests, it’s all about first-year players. Cards combine an action photo with a large signing space for the hard signature. 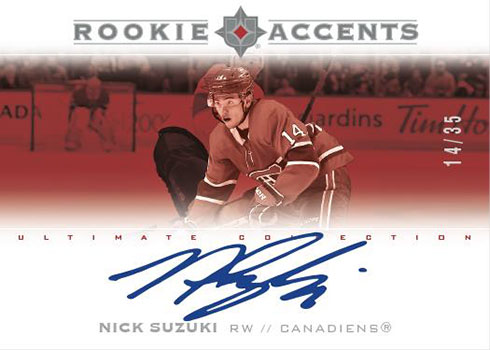 Back for another season are Debut Threads Auto Patch cards. None have more than 99 copies.

Pro Threads has a similar layout as Debut Threads, including on-card signatures, but the checklist here goes beyond rookies. These have either 49, 25 or 10 copies. 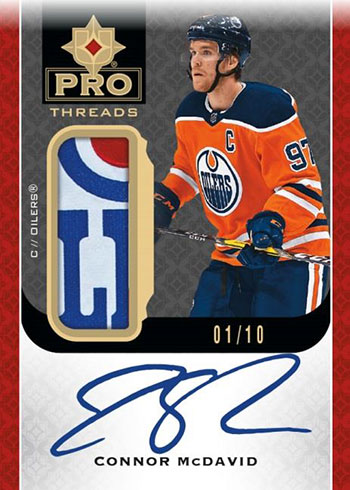 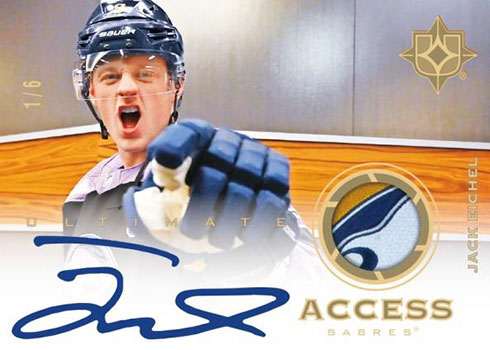 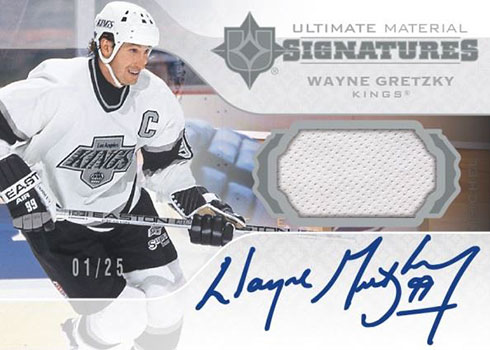 Ultimate Introduction is a large 90-card insert set centered on the season’s rookie class. In addition to base versions that are approximately 1:4 packs, parallels include Showcase (1:120), Onyx Black (/25),  Onyx Black Showcase (/15), Purple (/9), and Showcase Purple (1/1). 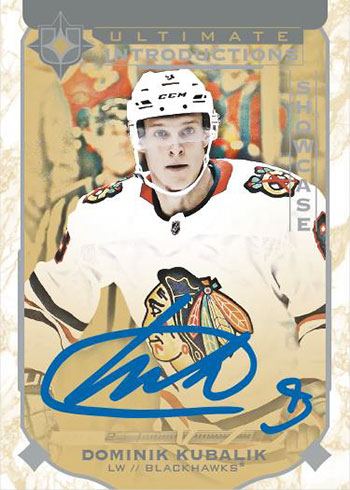 The full 2019-20 Upper Deck Ultimate Collection Hockey checklist and team set lists will be posted as soon as they’re available, likely a short time before the set comes out.