2018 Topps Star Wars Black and White trading cards look to amp up the drama by removing a key component to the 1977 film — color. In doing so, it presents the film in a way that hasn’t been done on a large-scale approach for the franchise yet as far as cards go. 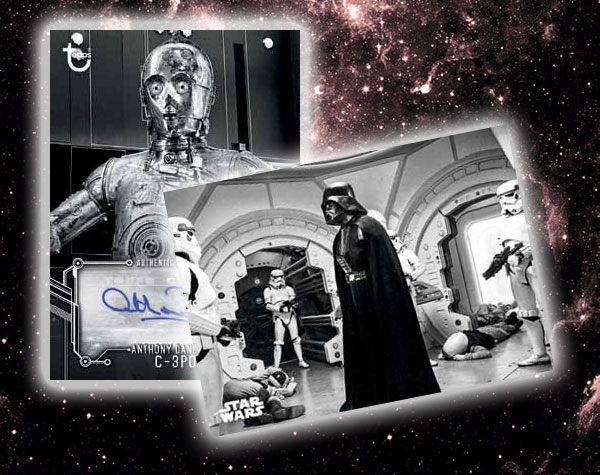 The hobby-only product arrives with smaller boxes of just seven packs. Instead of two premium inserts like many other Star Wars hobby boxes have had over the past several years, 2018 Topps Star Wars Black and White has one — either an autograph or sketch card.

Spanning 150 cards, the 2018 Topps Star Wars Black and White base set focuses exclusively on A New Hope, the 1977 film that started it all. Living up to its name, images use seldom-seen black and white images. This puts a new spin on a movie that has been featured in plenty of sets over the years. 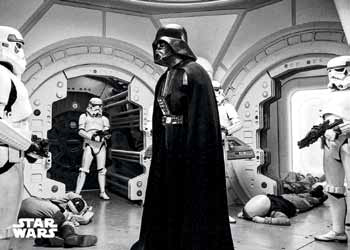 Further emphasizing the set’s photographic focus is the fact that card fronts take an otherwise minimalist approach. It’s the full-bleed photo and the Star Wars logo, that’s it. 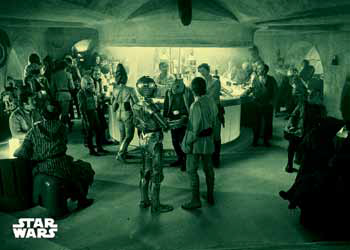 For those chasing premium inserts, 2018 Topps Star Wars Black and White limits itself to two options, autographs and sketch cards. That means no badges, medallion cards or other manufactured relics.

Autographs stick with the black and white theme as far as photographs go. Signatures come on stickers versus hard-signed. 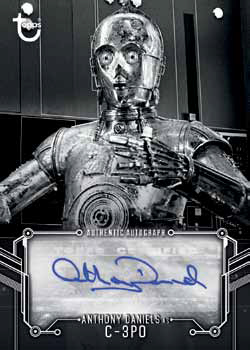 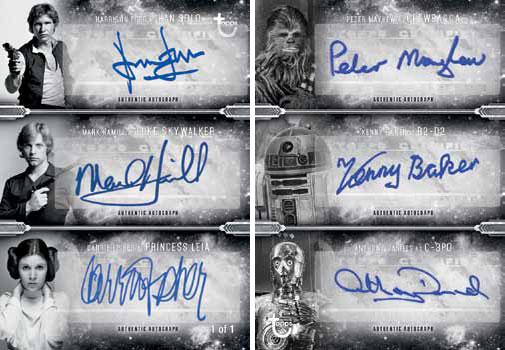 On the sketch card side, these are cards that have original artwork drawn on them.

As for other inserts, 2018 Topps Star Wars Black and White has four additional sets. These combine to land one per pack.

Behind the Scenes show the work happening on the other side of the camera while Concept Art spotlights some of the original plans from even earlier in the production.

The checklist is rounded out by Posters and Iconic Characters. 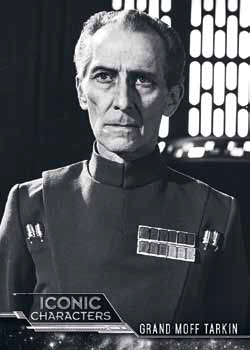 1 Battle on the Tantive IV
2 Crossing Through Blaster Fire
3 Darth Vader’s Arrival
4 Storming the Tantive IV
5 Darth Vader’s Fury
6 Searching the Ship
7 Princess Leia Takes Aim
8 The Distress Signal
9 Stranded in the Desert
10 Next to the Krayt Dragon
11 The Sandtrooper Detachment
12 Dewback Riders
13 The Escape Pod Found
14 Artoo Alone
15 The Counterparts Reunited
16 Aboard the Sandcrawler
17 Out to Meet the Jawas
18 Practical Selections
19 Calming Down Artoo
20 Flicking the Switch
21 A Jawa Gathering
22 Threepio’s Coveted Oil Bath
23 Young Luke Skywalker
24 In the Lars Garage
25 Droids on the Farm
26 The Tusken Raider
27 Assault on Luke Skywalker
28 Ben Kenobi: Just in Time
29 On the Move
30 Jedi Master Ben (Obi-Wan) Kenobi
31 Tales of the Past
32 A Gift for Luke
33 Testing the Lightsaber
34 Luke’s Difficult Decision
35 The Imperial Conference
36 Admiral Motti
37 Motti’s Arrogance
38 Frightful Agents of the Emperor
39 Darth Vader
40 The Empire’s Quarry
41 Back at the Homestead
42 Overlooking the Spaceport
43 The Mos Eisley Cantina
44 A Popular Spot
45 Served by Wuher
46 Luke and The Doctor
47 Obi-Wan Steps In
48 Taking Action
49 Grabbed by Greedo
50 Han Solo Grips His Blaster
51 Greedo Prattles On
52 The Streets of Mos Eisley
53 Selling the Landspeeder
54 The Droid’s Clever Ruse
55 Rushing to the Millennium Falcon
56 The Empire’s Informant
57 Meeting Chewbacca
58 The Passengers Arrive
59 The Imperial Navy Commander
60 Locking in on Alderaan
61 An Abrasive Meeting
62 Princess Leia’s Pleas
63 The Captain’s Cynicism
64 Han at the Helm
65 Luke’s Training Begins
66 A Brand-New View
67 Luke’s Bright Future
68 News of the Dantooine Base
69 The Imperial Stormtroopers
70 Vader’s Familiar Feeling 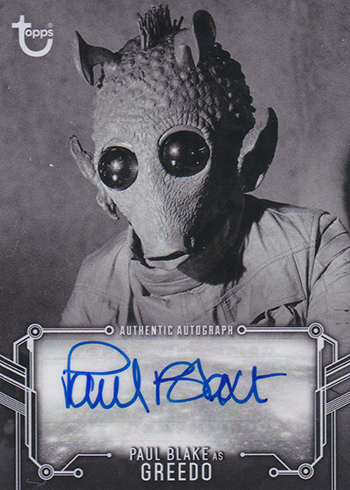 Behind the Scenes Checklist 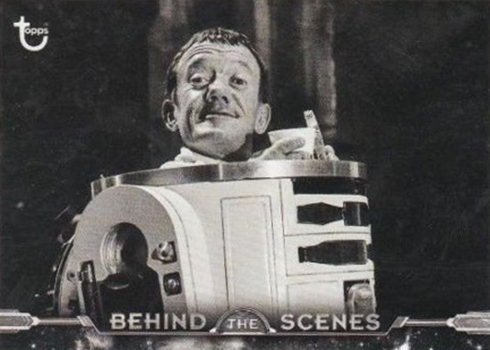 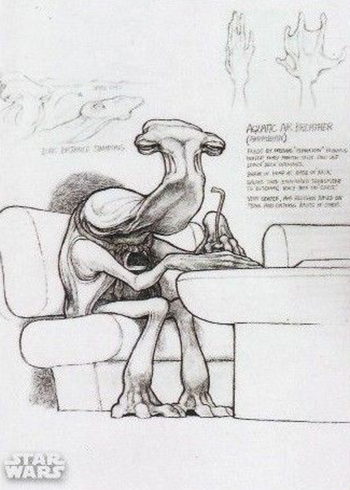 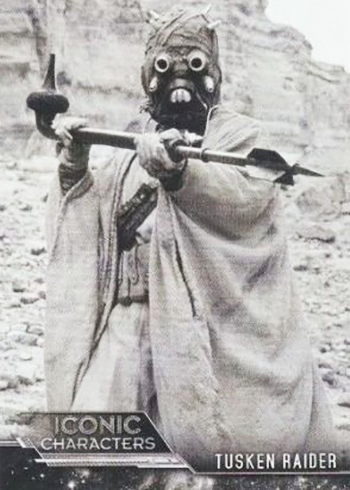 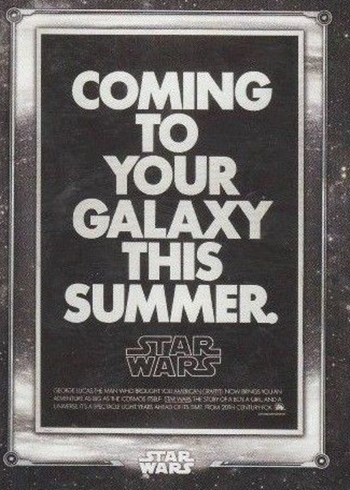 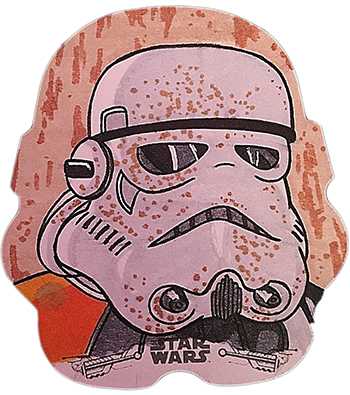