Garbage Pail Kids might be gross, but they’re not exactly scary. 2017 Topps Garbage Pail Kids Halloween sticks with that tradition, poking fun at some of Hollywood’s most famous monsters in the process. 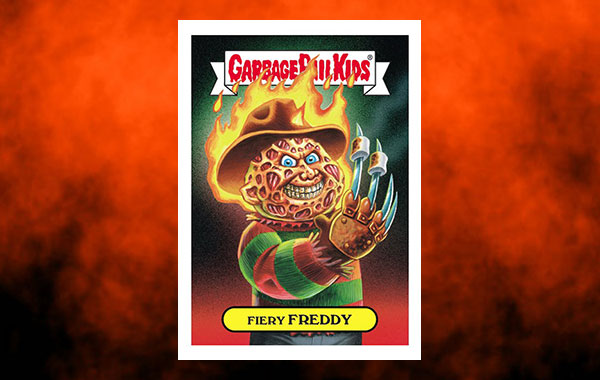 Available for one week on the Topps website, the set includes 20 cards — ten different characters with A/B name variations. Among the familiar faces getting the GPK spin are Freddy, Jason, Chucky and Pennywise. 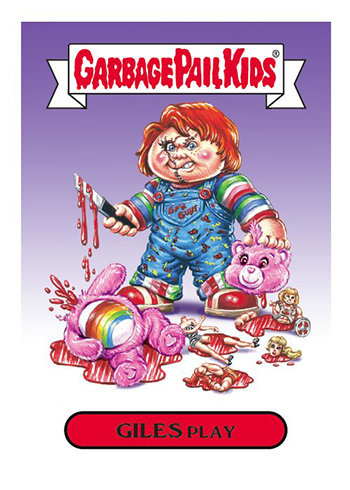 Evil Dead, They Live, Pet Cemetery and The Thing all get a satirical spoof on the checklist as well. David Gross and Brent Engstrom collaborated to do the set’s artwork. 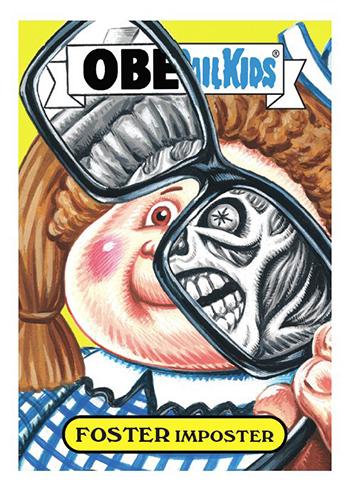 Sold only as a complete set, each costs $49.99. This is another print-on-demand mini set with print runs getting announced after the sales window closes on November 6. It came in at 272 sets. 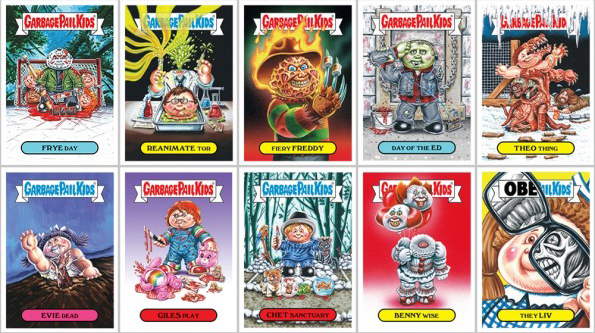 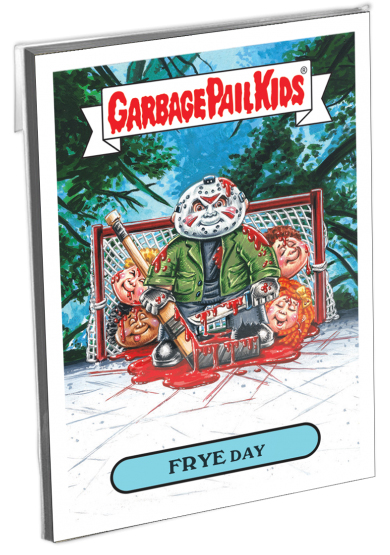 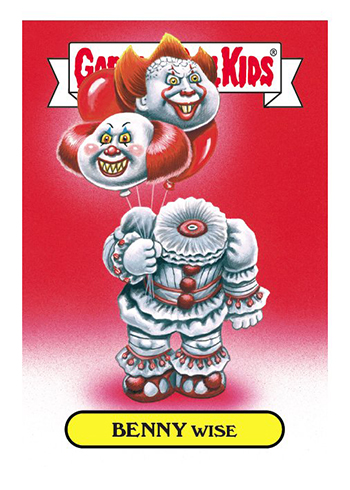