The 2017-18 Panini Prizm Basketball rainbow is complete. The White Sparkle Prizms have been released but you need to look to one of last year’s basketball products to get some.

Panini has released special 2017-18 Panini Prizms White Sparkle Prizms packs as an incentive for buying boxes of 2016-17 Preferred Basketball through their online store. 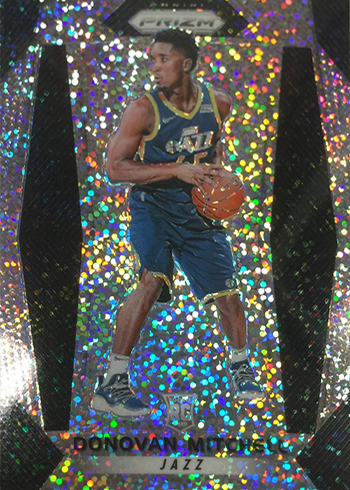 A pack of three White Sparkle Prizms is being added for every box of Preferred that’s purchased through the promotion. The boxes cost $215 each.

Panini has confirmed that each White Sparkle Prizms parallel is limited to 20 copies or less. 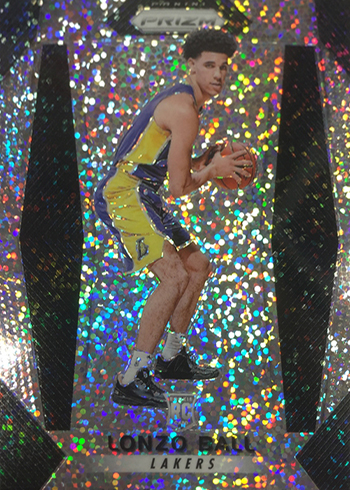 In the past, Panini has distributed White Sparkle packs a couple of ways. Some sets have been given out through their Rewards catalog. 2017 Panini Prizm Football White Sparkle packs are available directly from Panini for $49.99 per pack with no additional purchase required.