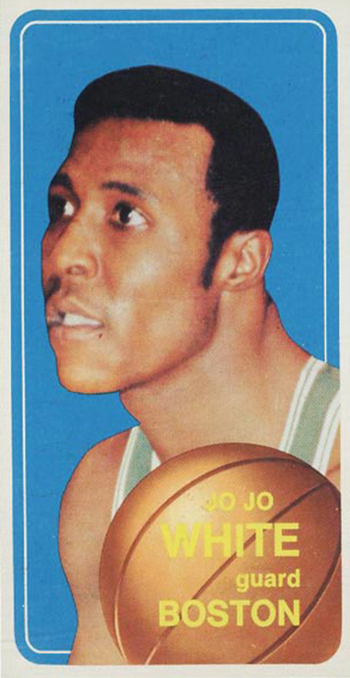 The basketball world lost one of its greats yesterday. Boston Celtics great Jo Jo White passed away at the age of 71. The point guard spent the majority of his professional career with the Celtics, suiting up for the team for a decade between 1969 and 1979. Along the way, he helped the team win a pair of NBA Championships in 1974 and 1976. In 1976, White was named the Finals MVP.

White was a standout on the amateur level as well. At the University of Kansas, he was a second-team All-American twice. On the international stage, White was part of the USA’s gold medal win at the 1968 Summer Olympics in Mexico City.

In 2015, after a long delay, White was inducted in the Naismith Memorial Basketball Hall of Fame.

Jo Jo White’s Rookie Card is part of the 1970-71 Topps Basketball checklist. The set stands out immediately for its tallboy format. This is also the set that has Pete Maravich’s Rookie Card.