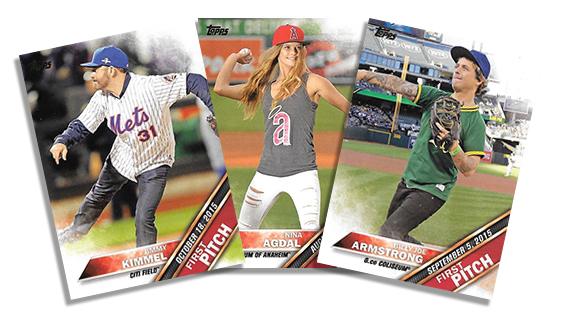 The 2016 Topps Series 2 First Pitch lineup sticks with what the flagship insert has been known for since it debuted in 2015. There’s another eclectic mix of celebrities, athletes from other sports, pop culture personalities and real-life heroes who have had their brief trips to the mound captured on baseball cards.

On the surface, the names might not jump out quite like previous First Pitch sets. But maybe that’s to be expected. It’s entrenched as a part of the flagship baseball line now. That doesn’t necessarily make it any lesser, though. From the beginning, the inserts have been about offering a little something for everyone but still directly connected to the game.

First Pitch cards are inserted 1:8 2016 Topps Series 2 hobby packs. This makes them one of the more plentiful basic inserts in the product. This should also help keep prices at a point where putting together a set won’t be expensive.

Over time, there may be some initial confusion over which First Pitch cards are from Series 1 and which are Series 2 if you go strictly by the card number as it has been reset. However, the backs of the cards are clear on which set they’re from. It is something to be aware of though if you’re building wantlists or chasing them in packs.

Below is a full gallery of all the 2016 Topps Series 2 First Pitch cards plus a couple of quick notes on their accomplishments in case you’re not familiar with who they are. 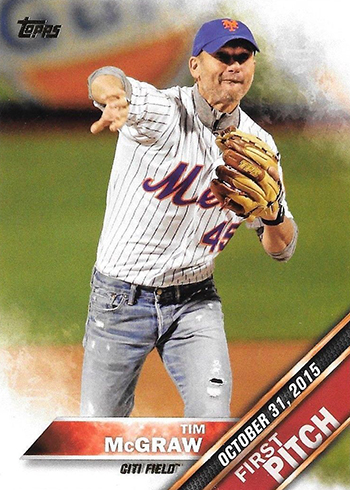 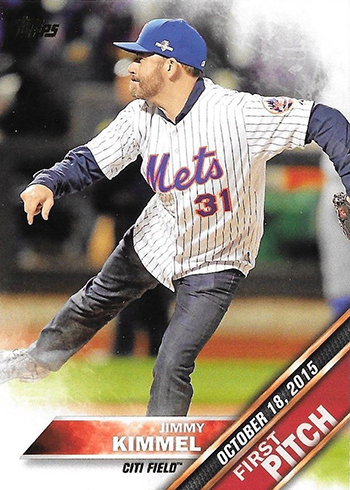 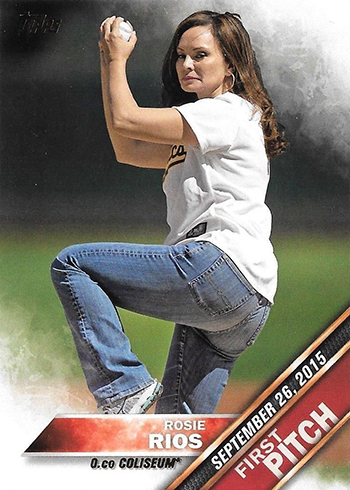 Known for: Treasurer of the United States
Date: September 26, 2015 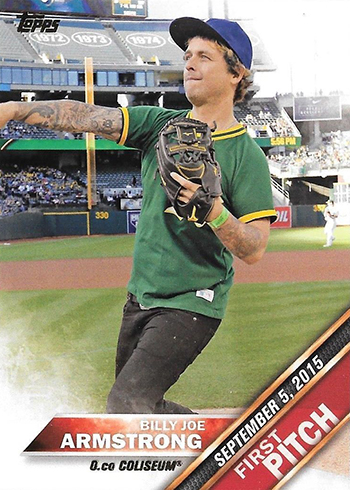 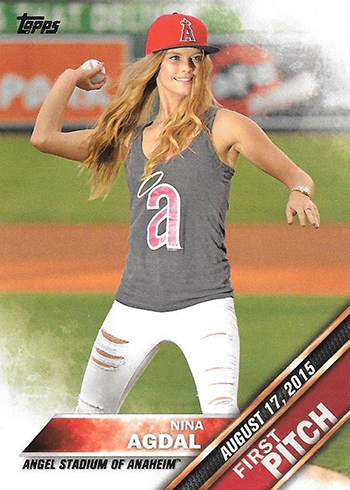 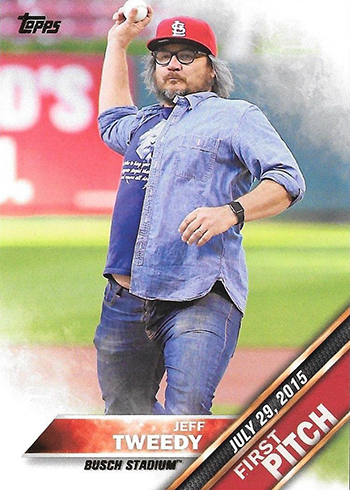 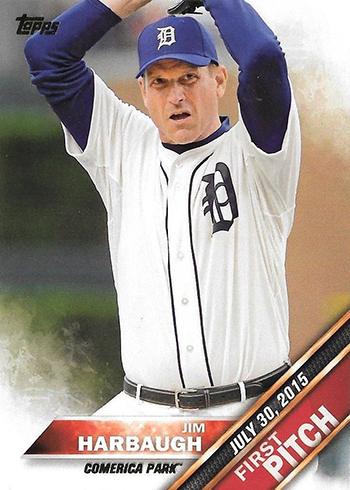 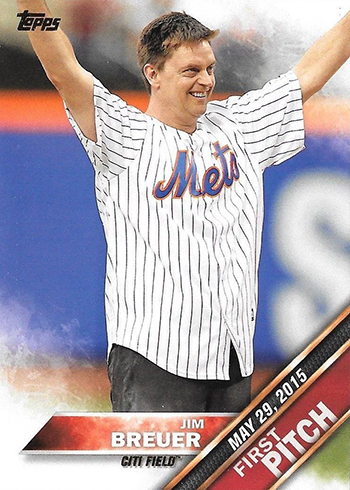 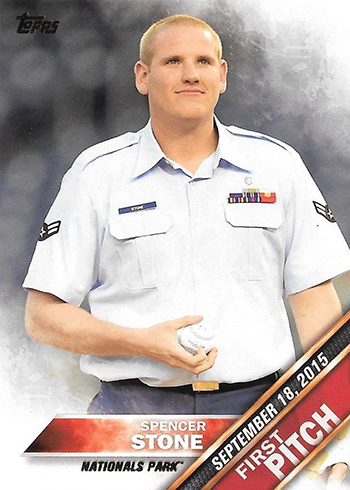 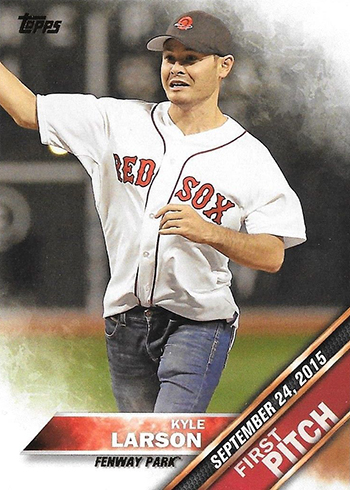 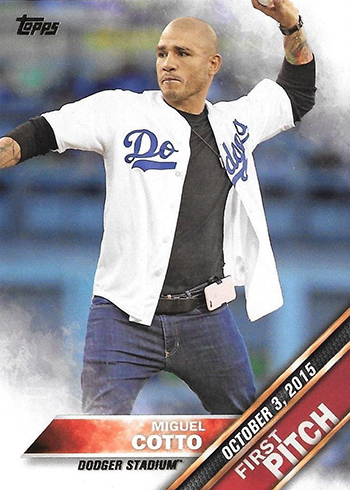 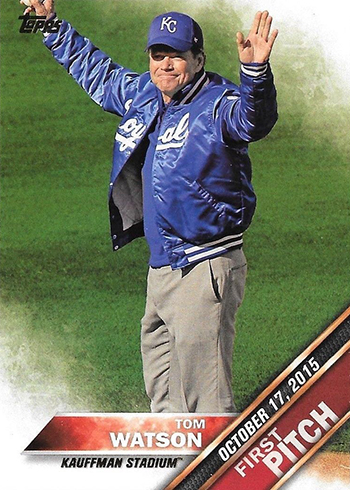 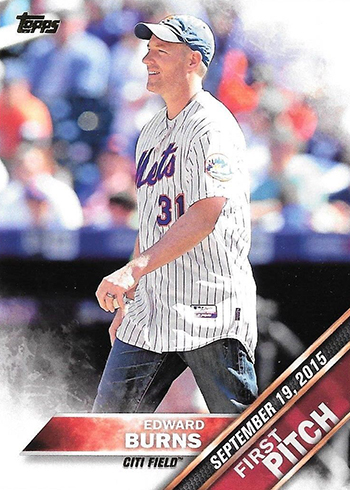 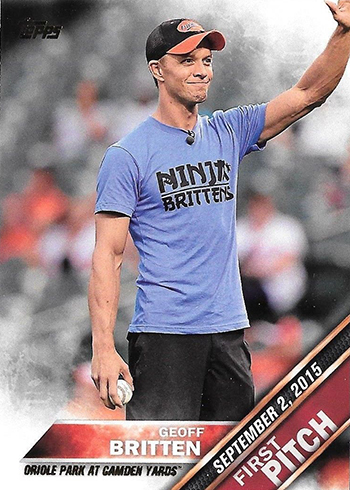 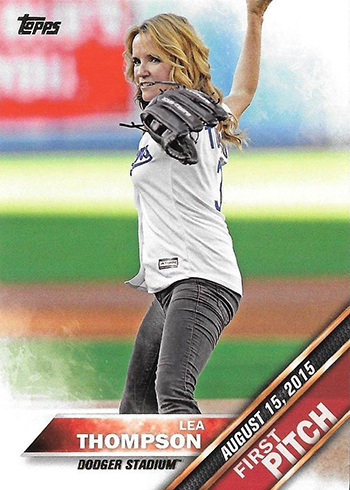 Known for: Actress, starred in Back to the Future, Howard the Duck, Some Kind of Wonderful, SpaceCamp
Date: August 15, 2015 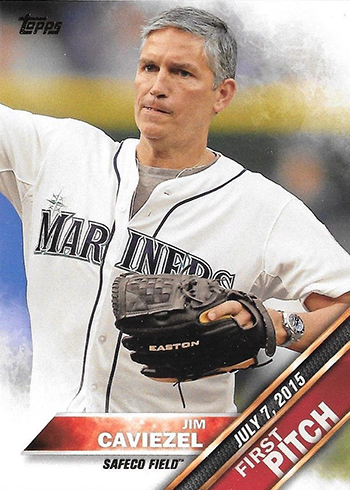 Known for: Actor, starred in The Passion of the Christ, Bobby Jones: Stroke of Genius
Date: July 7, 2015 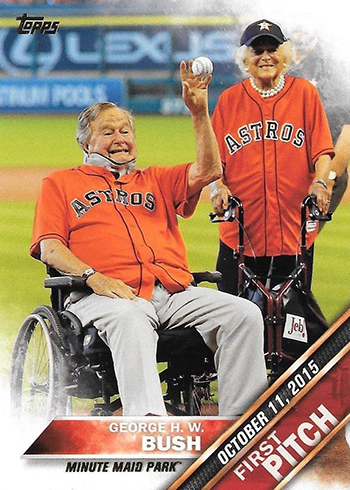 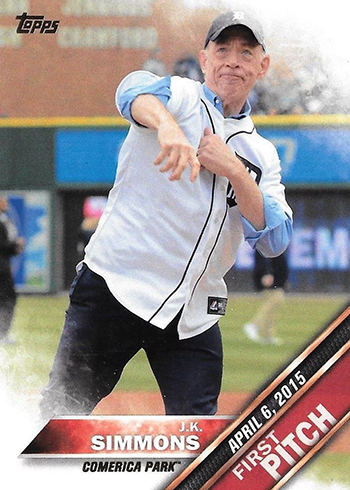 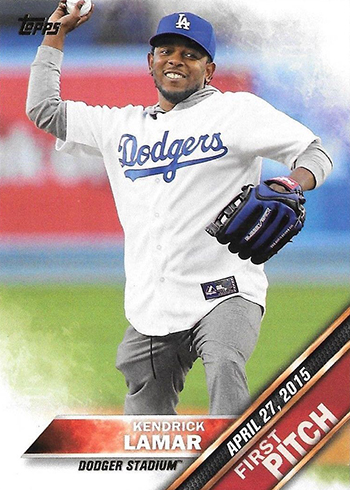 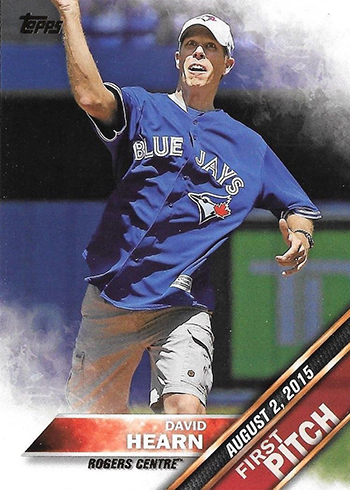