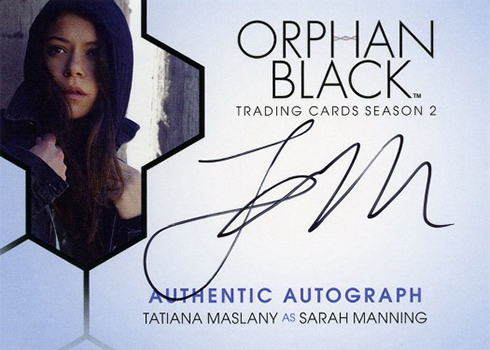 This time, it’s an autograph focus done in a premium pack format. Each pack comes with three autographs plus one Crytomium insert.

2017 Cryptozoic Orphan Black Season 2 has more than a dozen signers. But when you factor in all of the cards together, there are more than 20 total cards. That’s because this is a show that revolves around clones. The lead, Tatiana Maslany, seamlessly plays several different characters, each of which is distinct and gives the show a lot of its charm. 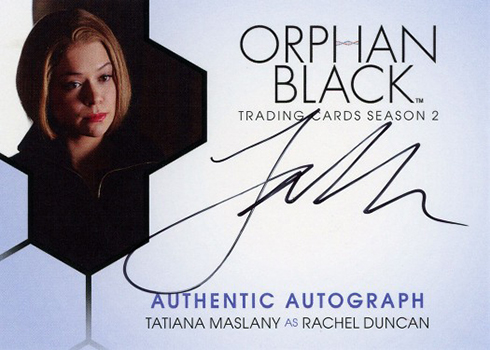 Similar to the Season 1 set, Maslany has several different autographed cards here — seven to be exact. On average, every fourth premium pack comes with a signed card from the star.

Joining Maslany on the multi-signature front is Ari Millen. He has three different cards.

The fourth card in each pack of Orphan Black Season 2 is a Crytomium Silhouettes insert. Using a chromium-style stock, these highlight different characters played by Maslany.

This set was originally announced with a traditional configuration in early 2016. Obviously, those plans changed. There is no longer a base set. The Season 3 set uses a similar premium pack format.

What to expect in a premium pack:

Please note that the following autograph checklist is tentative and subject to change. 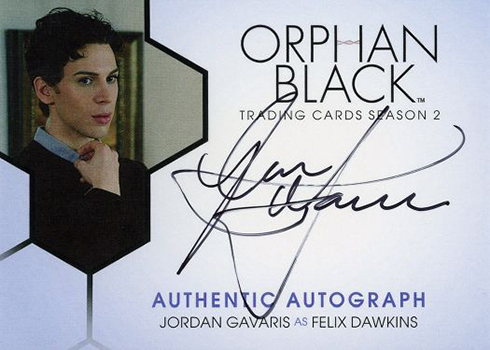