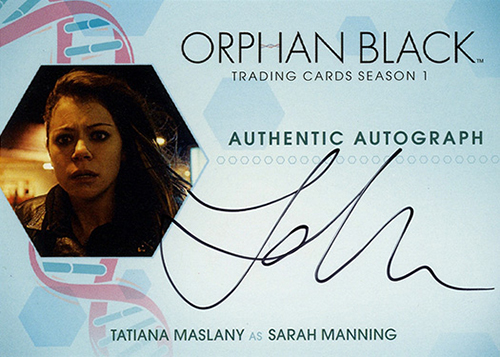 The first batch of the 2016 Cryptozoic Orphan Black autographs checklist has been revealed. For those holding their breath, yes, Tatiana Maslany is on it. More than once. In one of those rare instances where variations make perfect sense, the show’s Emmy-nominated lead star has signed cards for multiple characters.

If you’re not familiar with the show, Orphan Black is a sci-fi thriller revolving around cloning. Several characters are closely related, all played by Maslany. And they’re not just all robotic renditions of the same general character. They’re all totally different, each with their own set of quirks and look.

Joining Sarah is Cosima Nieuhaus, Helena and Beth Childs. Maslany also has a pair of incentive autographs as deceased clones Aryanna Giordano and Danielle Fournier given out as case incentives to dealers ordering from GTS Distribution. 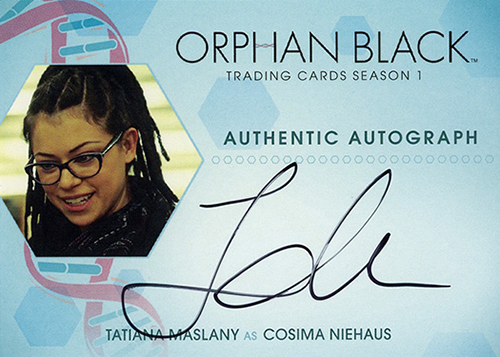 Autographs are inserted one per box for both the Season 1 and Season 2 sets.

According to Cryptozoic, the Season 1 autograph list is complete. 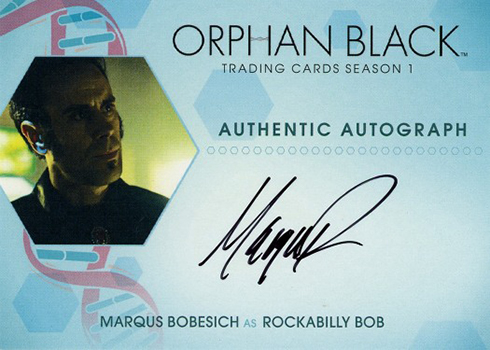 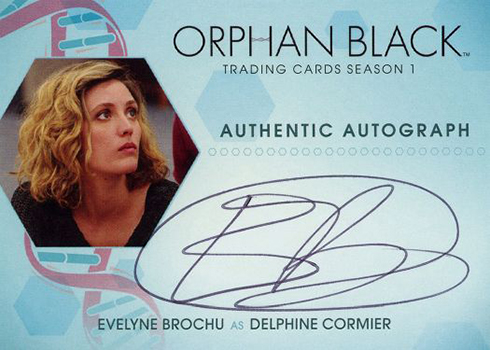 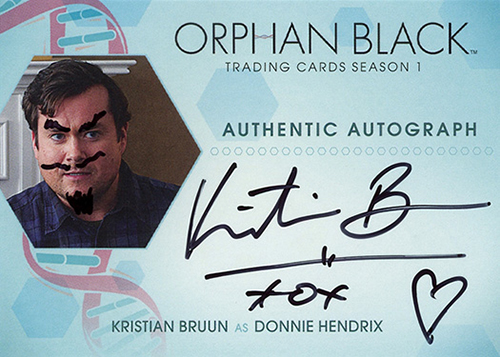 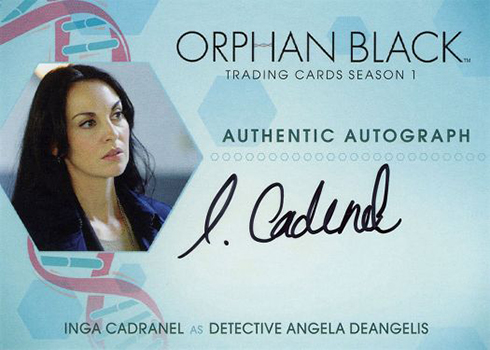 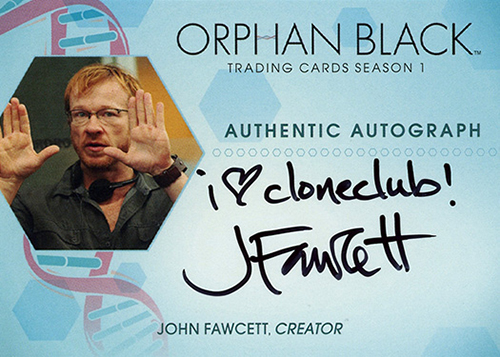 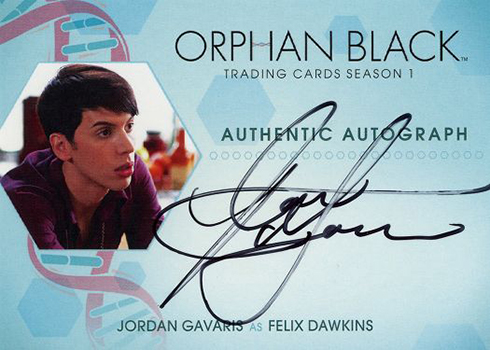 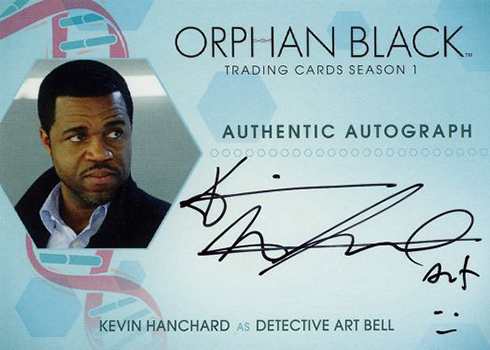 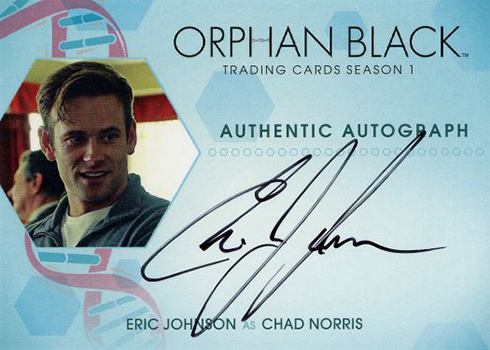 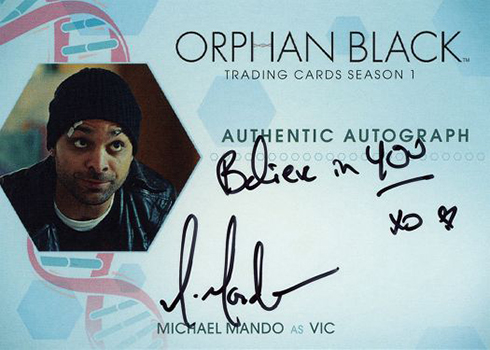 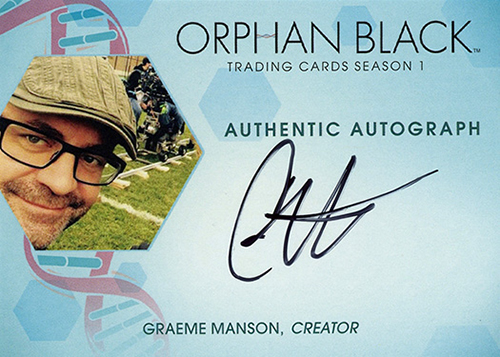 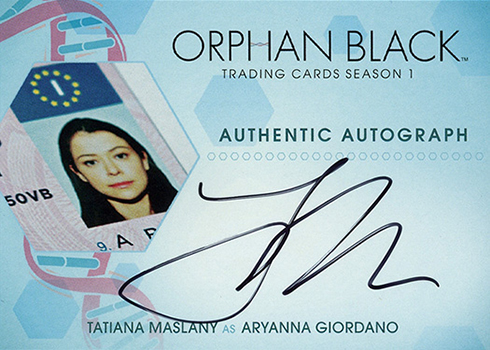 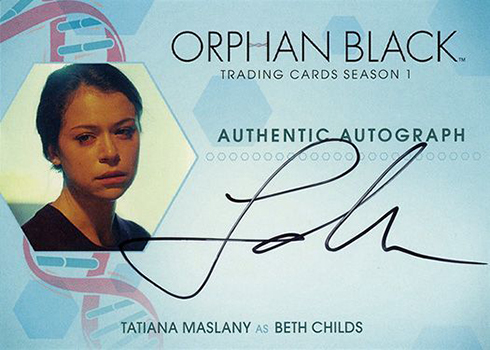 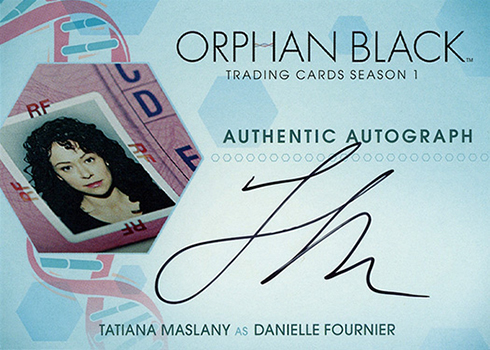 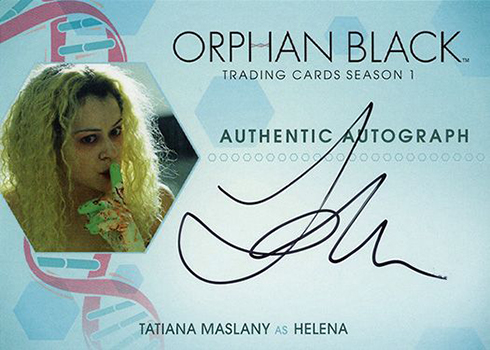 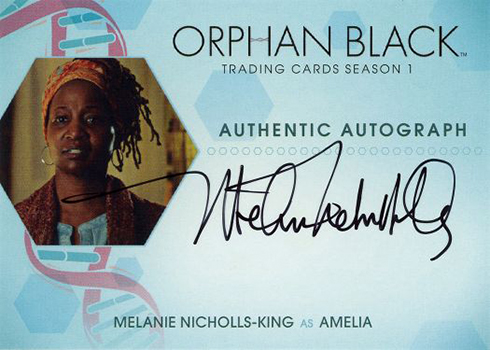 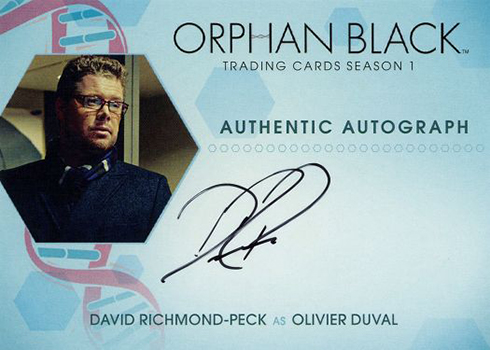 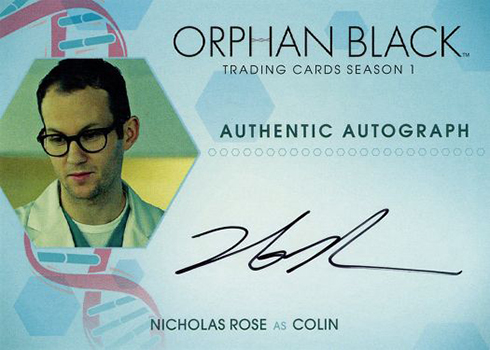 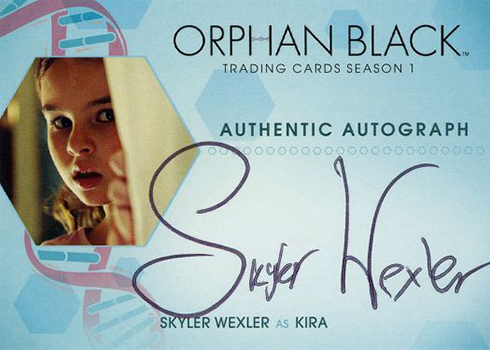