Following traditional releases for Seasons 1, 2017 Cryptozoic Orphan Black Season 3 trading cards take a premium approach where nearly every card is an autograph. This is similar to what they did with Season 2.

Each pack comes with four cards, three of which are signed. The main autograph lineup encompasses much of the primary cast. This includes multiple cards signed by lead star Tatiana Maslany. She plays several very distinct characters in the show, earning an Emmy for her work in 2016.

It’s a similar situation for Ari Millen, another clone in the show with several characters to portray. Both Maslany and Millen have six different signed cards. And that’s just regular autographs.

Each 12-pack case of the product guarantees three Maslany autographs. On average, that works out to every fourth premium pack.

In addition to the three signed cards, each 2017 Cryptozoic Orphan Black Season 3 pack has one chain insert. A small puzzle of sorts, each card highlights a different character played by Maslany.

The trade off of the premium pack format means there’s no base set recapping the third season action.

What to expect in a premium pack:

Please note that this is a tentative list and is subject to change. 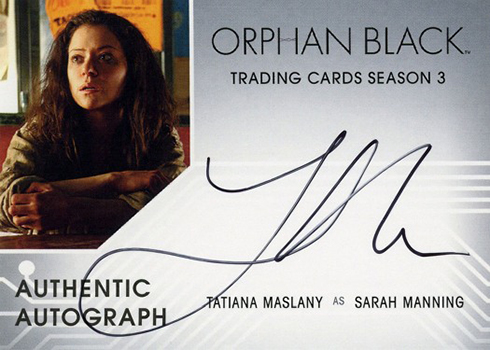 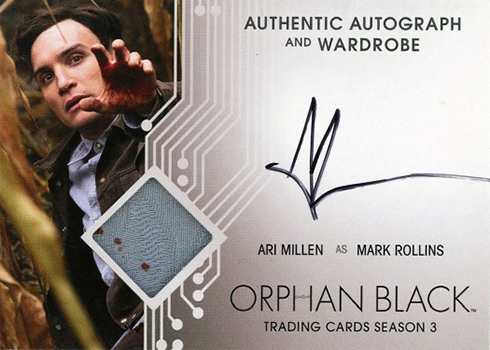 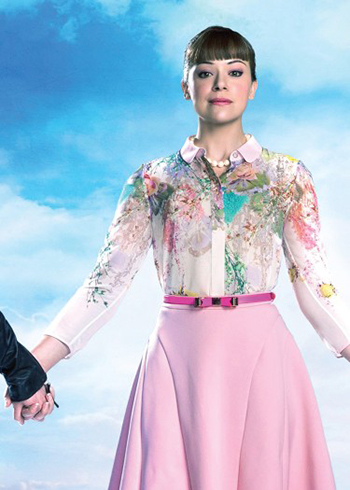