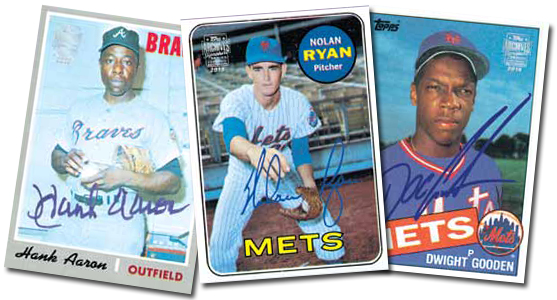 Every card is serial numbered and the checklist is kept relatively small.

2015 Topps Archives Signature Series Baseball is a simple product. Each pack has just one card — an original Topps card that has been autographed. All signatures are on-card. Each also comes encased in a protective holder with a special sticker.

A total of 67 players have autographs in the product. Hank Aaron, Sandy Koufax, Nolan Ryan and Ken Griffey Jr. are among the top stars. Collectors can also find the likes of Howard Johnson, Jim Abbott, Mookie Wilson and Jose Canseco.

While buybacks and autographed buybacks have appeared consistently in Topps baseball products over the last few years, this is their first buyback-only product. The closest equivalent would be 2006 Bowman Originals Baseball, which had two signed modern Bowman buybacks per pack.

See the full list of retired players signing for the product. 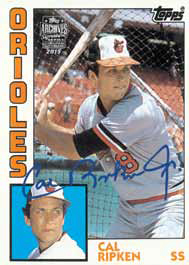 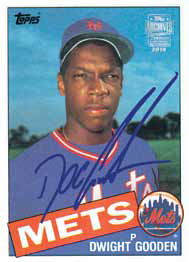 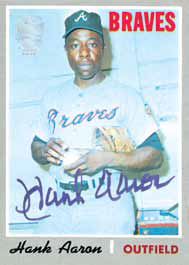 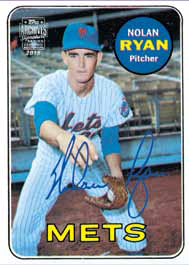 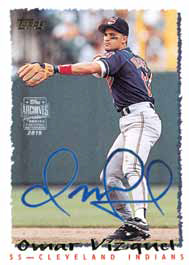 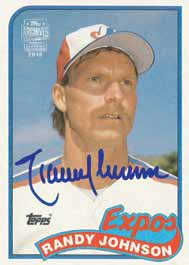 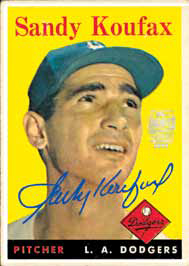 2015 Rittenhouse Star Trek: The Next Generation ...