Ken Griffey Jr. is largely credited as helping Upper Deck launch their line of sports cards. The rookie was the first card in their first set and the rest is history. Baseball cards got more attractive, they were made better and they started to cost more. It’s true when they say that the hobby was never the same again. That Ken Griffey Jr. rookie card is an important part of the narrative of the hobby’s boom years and the ensuing changes that followed. But it’s not the first Upper Deck baseball card. That credit goes to a couple of California Angels, DeWayne Buice and Wally Joyner. They’re featured on a pair of 1988 Upper Deck Baseball promo cards, the first that were given out by the company. 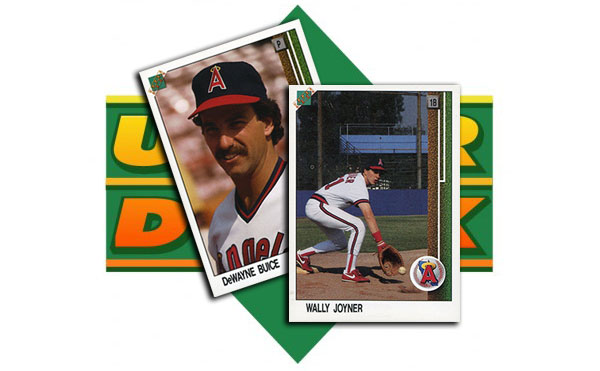 The two cards are standard promos, which means they were intended for dealers to show them what the upcoming 1989 Upper Deck Baseball product would be like. Those selling at the 1988 National Sports Collectors Convention in Atlantic City are among those to receive them. 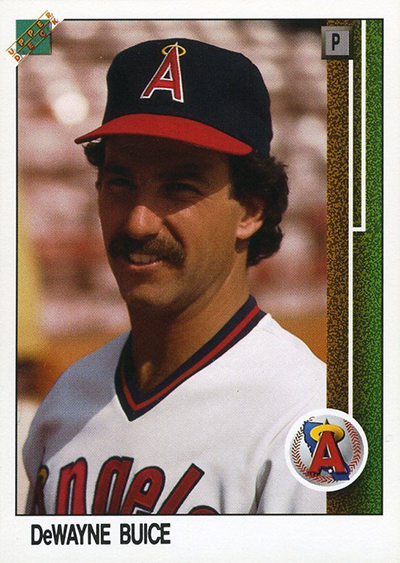 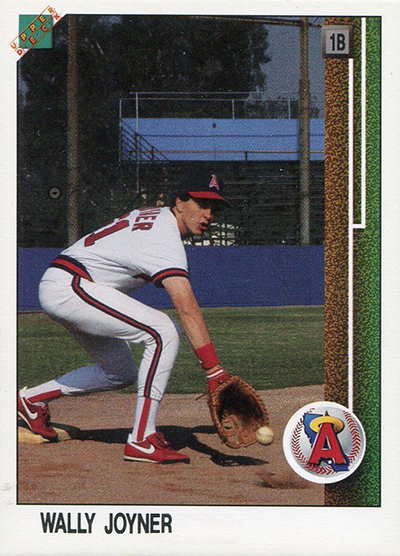 The basic look of the 1988 Upper Deck Baseball promo cards is very similar to the final design. On the front, there’s the large photo are with the first base line running up the side. The biggest difference is the logo. The promos have it in the top corner while the final set moves it to the nameplate along the bottom and pushes the player’s name to the other side. 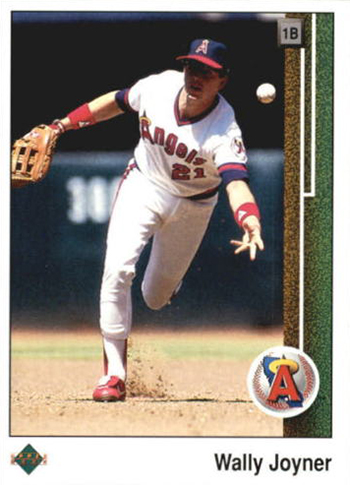 If you have a stash of baseball promo cards, you’ll notice that most have big-name stars — at least they probably were at the time. While Joyner was no slouch in the popularity department, Buice was a reliever that lasted three seasons in the majors with a career ERA of 4.23.

But in the grand scheme of things, Buice may have been more instrumental in launching Upper Deck than the iconic Ken Griffey Jr. card. Buice became an early partner in the card company following a series of events that started with him looking for dinner. Through his connections, Buice helped Upper Deck land the all-important MLBPA license to get them officially started in the baseball card business. This explains why he’s on one of the promo cards. When Buice walked away from the company a few years later, his settlement was for much more than he’d made in his playing career.

Both of the 1988 Upper Deck promos has three different variations. And while the differences are subtle, their availability and corresponding values vary greatly. The most common version has the hologram, which was a major selling point at the time as it was intended to prevent counterfeiting, at the bottom of the card. The hologram itself is somewhat thin and all four corners are rounded. 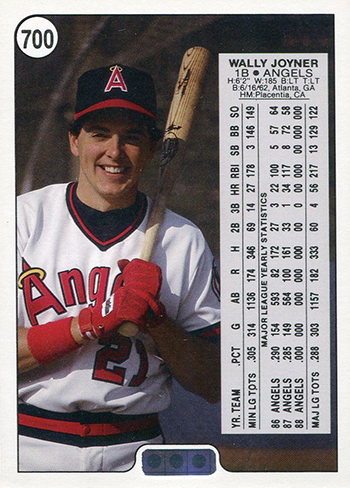 The next version has the hologram in the same place but it’s bigger and extends to the bottom edge of the card, well past the border where the first version stops. Also, only the top two hologram corners are rounded. The bottom ones are square. 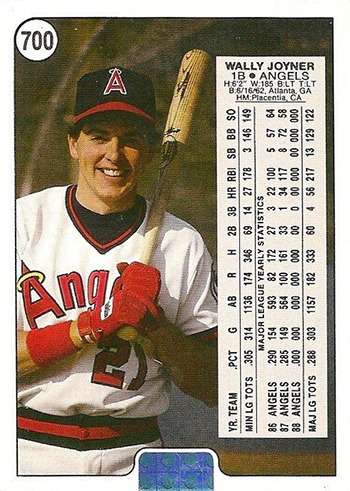 The toughest and most valuable of the 1988 Upper Deck promo cards sees the hologram at the top of the card. All of the corners are square. 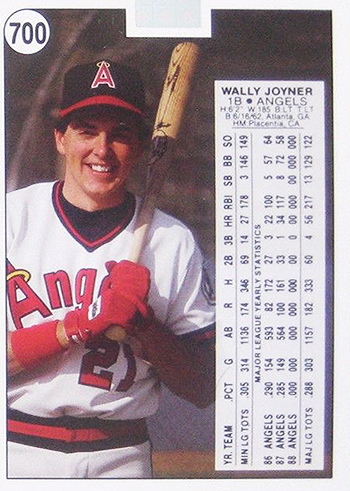 If you’re looking to add any of the 1988 Upper Deck promo cards to your collection, they can be found in the Beckett Marketplace.