When they originally came out, 1980 Topps Empire Strikes Back trading cards faced a challenge. Thanks to the blockbuster success of the first Star Wars film three years earlier, both on the screen and with its accompanying five series of cards, expectations were high. How could they possibly reach that same level? As far as recognition goes, the Empire Strikes Back cards don’t reach the same heights. But if you really dig into the checklist and its many aspects, this might be the better set. Sounds like the perfect parallel to the film itself.

Like 1977 Topps Star Wars, The Empire Strikes Back uses a multi-series format to fill out its checklist. However, instead of five, this time it’s three. But that doesn’t necessarily mean that things are smaller. They’re not. Overall, 1980 Topps Empire Strikes Back is actually the bigger set. It also has a better flow from one series to the next. Like the sequel it’s based on, there’s growth. 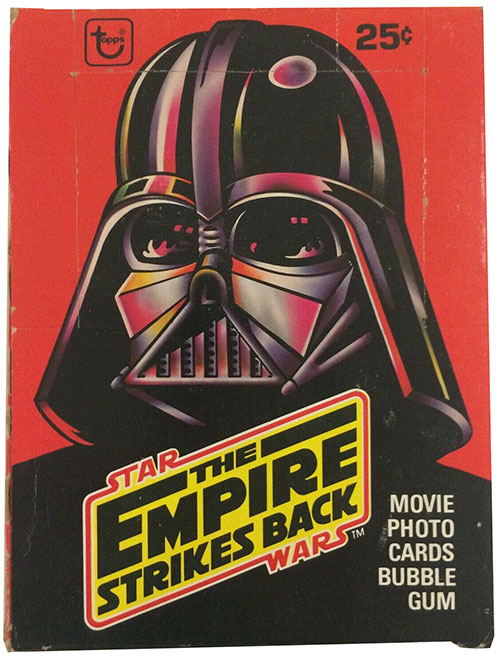 As one would expect, much of the set adapts The Empire Strikes Back to the trading card format. When focusing on what’s shown on the screen, each series takes a chronological approach with major moments and developments. That reveal wasn’t revealed, though.

Series 1 and 2 carry virtually the same front designs. They opt for a cold steel border, invoking both the Hoth weather and tone of the film. The easy way to tell the two apart by the fronts is the inner frame and text color. For Series 1 it’s red. Series 2 goes blue. Series 3 goes in a different direction. The layout is similar but the borders are yellowish gold with green text. 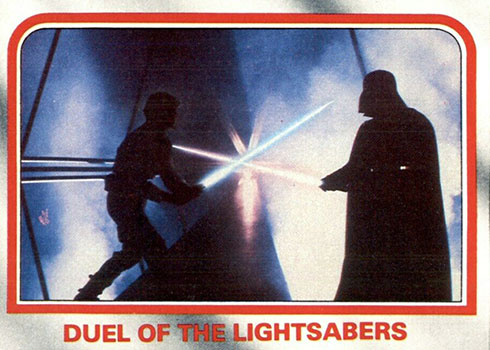 Back themes for the main cards differ in each series. The first, appropriately, covers the story. Not only is the size of the checklist large, but there’s a lot of depth included, perhaps because now there was some context. With the original Star Wars, there were a lot of unknowns and how things would play out. Series 2 backs go with a “Star Quiz” theme, peppering collectors with trivia questions and answers. Finally, there are “Star Quotes” in Series 3 with snippets of Empire Strikes Back dialogue. 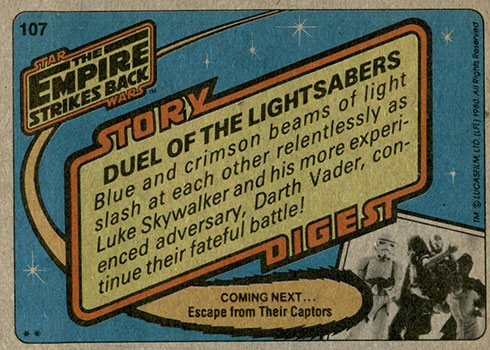 1980 Topps Empire Strikes Back has a handful of additional subsets that go beyond just the movie and more into its background and characters.

It’s right there at the beginning of each series with a title card that introduces some the features found within. This was a relatively new concept for Topps entertainment sets that was previously used for their 1979 Star Trek: The Motion Picture release. 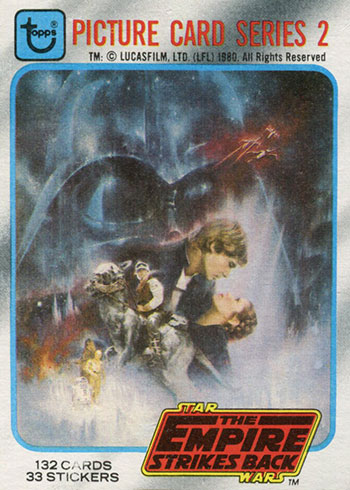 Series 1 also has a Star Files subset, offering a look at the basics of the film’s major characters. Whether or not it’s canon, you get things like ages (Did you know Yoda was 973? Boba Fett, 43?), eye color, whether they were human or something else as well as other factoids on their background. 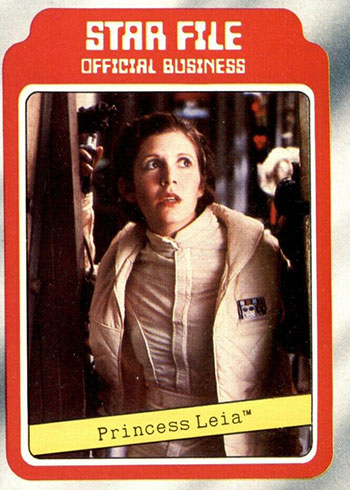 Some of the most iconic Star Wars artwork ever is showcased at the end of Series 1 and again in Series 3. Space paintings showcase the illustrations of Ralph McQuarrie. Rather than cropping them to work for the dimensions of the cards, they were kept in their original aspect ratio and given top and bottom borders. 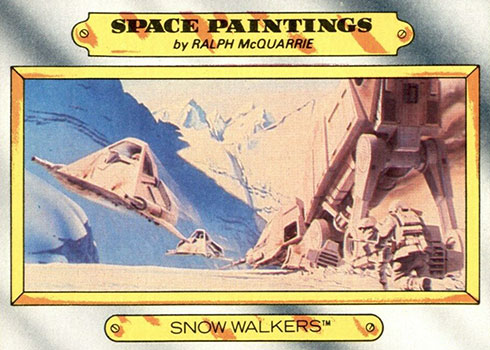 The spaceships of The Empire Strikes Back are in Series 2. Pictured on their own on the front, backs give a description of their strengths and uses. 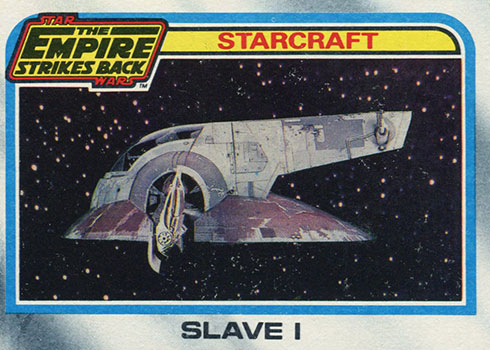 Movie Facts, which are at the end of the final two series, look to the other side of the camera. They show the making of the film and some of the faces and craft of the unsung filmmakers of the franchise. 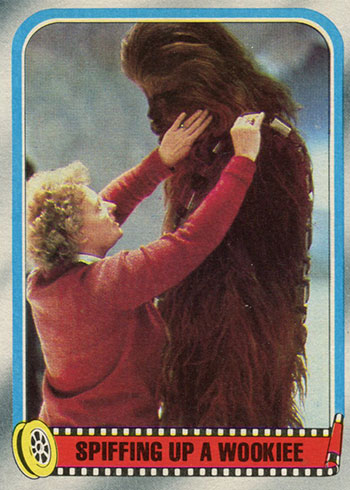 Series 3 offers a different take on characters with some illustrated cards towards the front of the checklist. 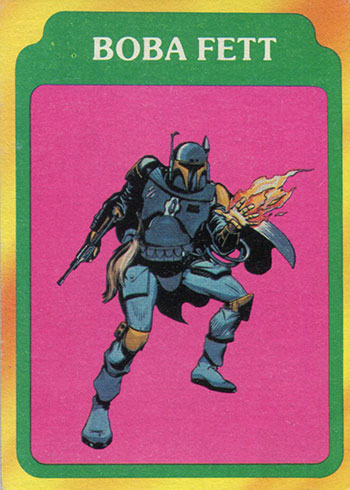 What would an ’80s Topps non-sport set be without a sticker and a piece of gum?

A total of 88 are in the set: 33 each in Series 1 and 2 plus 22 more in the shrunken down Series 3. But, for the most part, it’s not the usual character stickers. The vast majority are letter stickers. They’re die-cut into a part of the alphabet, filled in with a random character. Each sticker has two letters. It’s one of the more memorable sticker sets Topps did during the era, even revisiting the concept in 2004 Topps Star Wars Heritage. 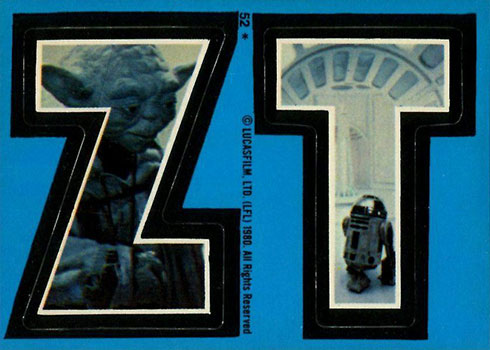 Series 1 has 11 stickers with characters. Most of these are small headshots with multiple characters on each. Series 2 has 11 character-driven Rebel Forces and Empire Forces. 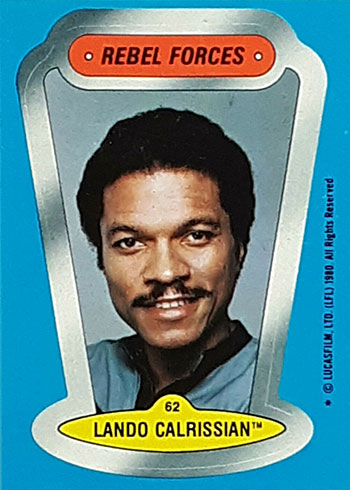 Sticker backs double as puzzle piece, a common theme among a lot of Topps entertainment sets.

Is the Sequel Better Than the First?

Putting it all together, 1980 Topps Empire Strikes Back really digs into the film. And while 1977 Topps Star Wars may have the iconography cornered in the trading card department, it really does bounce around. Some of that was due to limitations in what could be used, some of it due to putting a set together for something that hadn’t been seen. It’s doubtful that anyone, including Topps, expected such a phenomenon when Star Wars arrived.

But with The Empire Strikes Back, the surprises were left to some big plot points. This time around, Topps had context to work with. Expectations went to the opposite end. Everyone expected it to be big.

The planning and overall consistency of 1980 Topps Empire Strikes Back can be appreciated when you flip through a full collection. But it also works on a series-by-series basis in its individual parts.

Values have been starting to creep up, particularly for unopened packs and boxes and high-grade cards, but this set still lags behind 1977 Topps Star Wars. That’s more a reality of being the sequel instead of the older groundbreaker.

1980 Topps Empire Strikes Back trading cards at a glance:

Shop for 1980 Topps Empire Strikes Back trading cards on eBay: 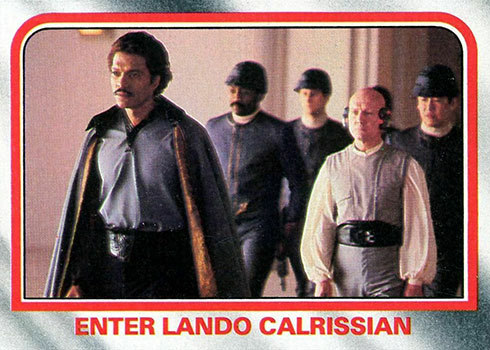 51 Snowtroopers of the Empire
52 Millennium Falcon: Getaway Ship!
53 Emergency Blast Off
54 Battle of the Star Destroyer
55 Fix-It Man Han Solo
56 A Sudden Change of Plan
57 Misty World of Dagobah
58 The Creature Called Yoda
59 Welcome, Young Luke
60 Journey Through the Swamp
61 Yoda’s House
62 Artoo Peeking Through
63 The Secret of Yoda
64 The Princess Lends a Hand
65 Repairing Hyperdrive
66 Star Lovers
67 Pardon Me, Sir But OHHH!
68 Mysterious and Deadly Chamber
69 Attacked by Batlike Creatures
70 Use the Force, Luke
71 Raising Luke’s X-Wing
72 A Need Beyond Reason
73 A Gathering of Evils
74 The Bounty Hunters
75 IG-88 and Boba Fett

76 Enter Lando Calrissian
77 Warm Welcome for an Old Buddy
78 Conniving Pals
79 Greetings, Sweet Lady
80 Calrissian’s Main Man
81 Pretty as a Princess
82 A Swarm of Ugnaughts
83 Threepio Blasted to Bits
84 A Pile of See-Threepio
85 Escorted by Lando
86 Dinner Guests
87 Host of Horror
88 Deflecting Solo’s Blasts
89 Alas, Poor Threepio
90 The Ordeal
91 The Prize of Boba Fett
92 His Day of Triumph
93 The Carbon-Freezing Chamber
94 End of the Star Warriors
95 Pawn of the Evil One
96 No This Can’t Be Happening
97 The Fate of Han Solo
98 Boba’s Special Delivery
99 Observed By Luke
100 Luke Arrives 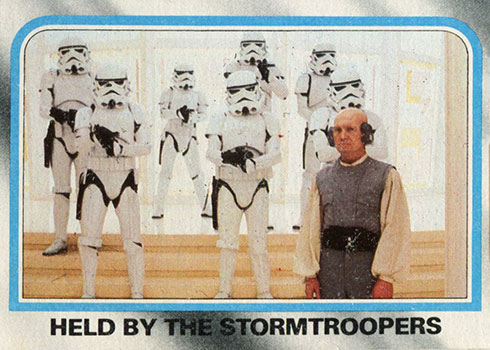 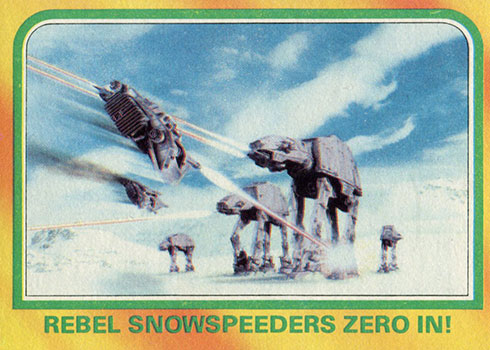 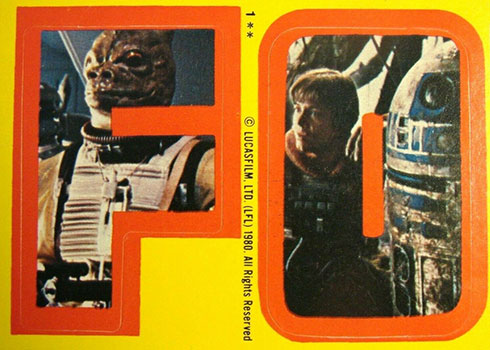 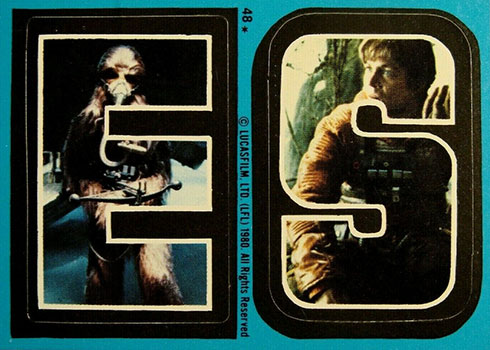 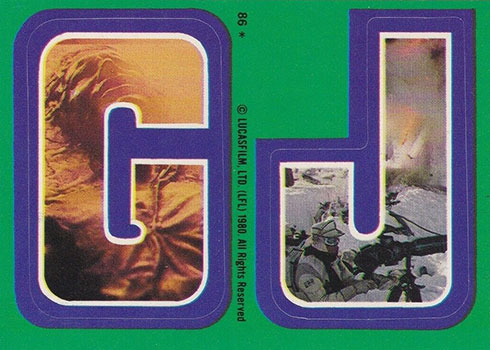