Santa Claus has appeared on lots of cards over the years. However, usually it’s the Christmas variety where the brand on the back is from Hallmark or Carlton. But sometimes cards of Kris Kringle take a hobby spin. Santa Claus sports cards have been making regular appearances for decades, usually in promo sets.

Here’s a look at five of the best and most memorable.

As far as modern Santa Claus sports cards go, this is the one that started it all. Between 1989 and 1993, the North Pole’s most famous resident made an annual appearance in Pro Set Football. Pretty soon, every manufacturer in the sport was in on the Santa action through special NFL Properties promo sets released between 1993 and 1997. 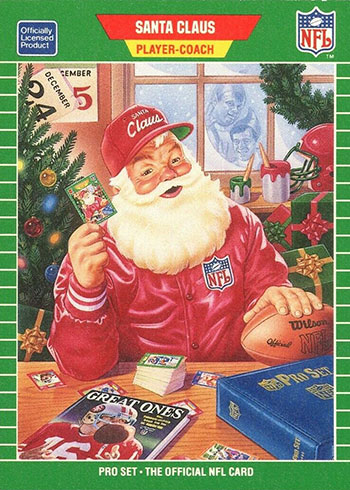 St. Nick got his first autograph card in 1991 through Pro Line Portraits. Posed doing the Heisman, the card actually has a couple of versions — one that’s hand numbered to 200 copies and one that isn’t. An unsigned version was available through a mail-in offer. 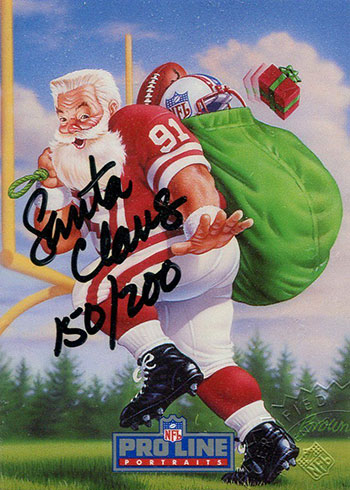 Inserted in packs of 1990 Pro Set Series 2 Football, this is the easiest of the company’s Santa Claus cards to find. It’s also the only one to include a cameo from MC Hammer. While the 1989 Pro Set Santa Claus promo is an attractive card, this one takes the Christmas aesthetic to another level. The painting is reminiscent of the classic Coca-Cola ads. On the back is a hobby spin on Twas’ the Night Before Christmas. 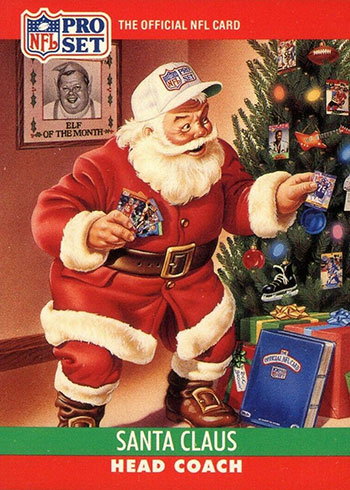 A surprise addition to the 2013 Topps Strata Football checklist, this one takes Santa Claus to the high-end with an autograph on the top layer and a knitted “Casual Friday” sweater underneath. Just 35 copies exist, which also makes it among the toughest Santa Claus sports cards of all-time. But when you compare the signature to St. Nick’s other autographs, it definitely shows a quick evolution to his penmanship. 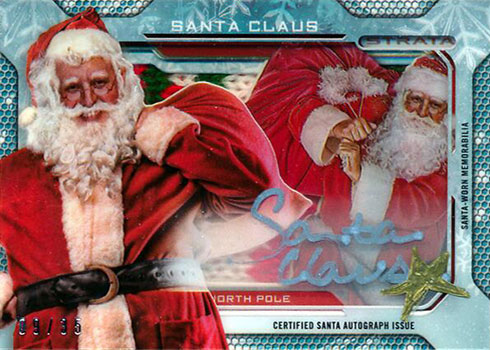 Upper Deck has sent out some cool Christmas cards over the years. Perhaps none are better than this 1998 jumbo gem. Arriving early in the memorabilia card craze, it adapts the classic design for a festive treat. And while the card is from the “1998 Holiday Season,” the back does not give any indication from what year the swatch comes from. 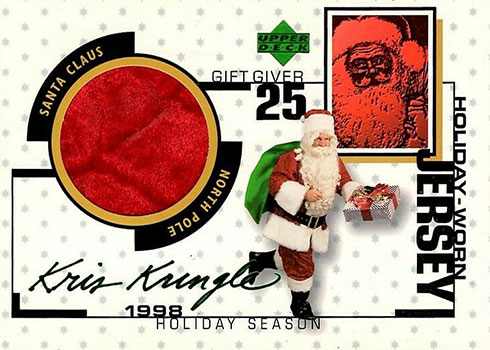